Arms sales vs taking a stand: the West’s Saudi dilemma 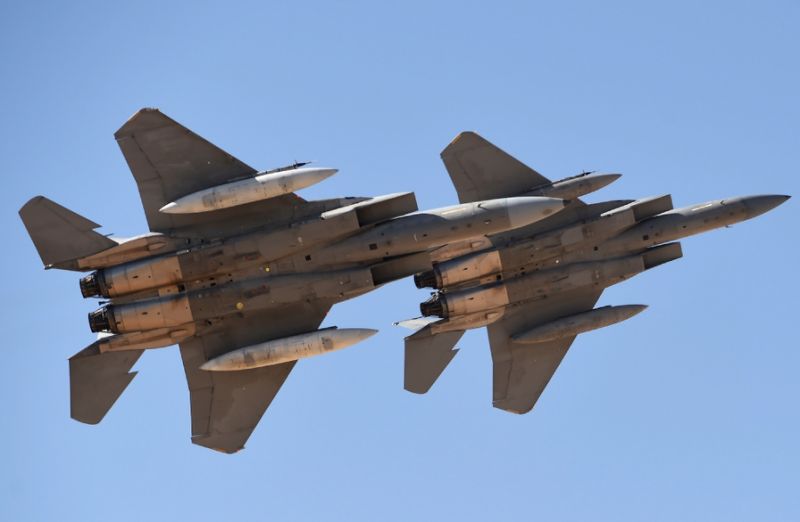 Across the West, governments face a difficult balancing act after the murder of journalist Jamal Khashoggi: pressuring Saudi Arabia over an appalling killing, while preserving their own economic and military interests. For the United States, the source of around half of Saudi Arabia’s massive annual arms imports the dilemma is particularly awkward.

Washington has revoked the visas of several Saudis since Khashoggi, a US-based journalist and palace critic, was murdered inside Riyadh’s Istanbul consulate three weeks ago. Yet President Donald Trump, while accusing Riyadh of “one of the worst in the history of cover-ups”, has also made clear that a huge new weapons contract signed last year is not at risk.

“There won’t be any positive effects if only we halt exports and then other countries fill the gap,” said Economy Minister Peter Altmaier.

“They are spending $110 billion on military equipment and on things that create jobs,” Trump said. Saudi Arabia is the world’s second-biggest arms importer behind India, according to the Stockholm International Peace Research Institute.

If the US cuts off its arms supplies, Trump argued, the kingdom will simply “take that money and spend it in Russia or China or someplace else”.

Jobs on the Line

Other Western leaders have also struggled to reconcile lucrative arms contracts with a duty to defend the rule of law and punish an audacious extra-judicial killing.

With a 1.8-billion-euro ($2 billion) deal to build five navy ships at stake, Spain’s Prime Minister Pedro Sanchez admitted he was putting jobs first as his country emerges from a financial crisis. “The seriousness of these horrible events which I unequivocally condemn cannot and should not prevent us from acting responsibly,” he said.

And Canada’s Prime Minister Justin Trudeau has signalled he is unlikely to cancel a 2014 deal to supply armored vehicles at Can$15 billion (US$11.5 billion), the largest arms deal in Canadian history.

The deal was signed by the previous government and it would be “extremely difficult” to withdraw without paying “exorbitant penalties”, he said.

For now, only Germany whose arms sales to Riyadh were in any case relatively modest has said it will not approve any further exports for the time being. It has called for other European countries to take a joint stance.

“There won’t be any positive effects if only we halt exports and then other countries fill the gap,” said Economy Minister Peter Altmaier.

NGOs have been calling for months for a freeze on arms sales due to rising civilian casualties from Saudi air strikes in a war that has killed some 10,000 people since 2015.

It predicted that Western outrage over the killing would speed up a warming of ties between Riyadh and other partners who have expressed no reproach.

“Western governments must weigh up, on one hand, their commercial and strategic interests, and on the other, the ethical dimension notably the lack of certainty over how this equipment is being used,” said Bruno Tertrais, deputy head of the Foundation for Strategic Research.

Beyond the Khashoggi killing, a growing number of countries have been questioning more generally whether they should be selling to Saudi Arabia as well as the United Arab Emirates, also active in Yemen.

“This debate has been very vocal in Germany, Sweden, Norway, and Finland,” said Tony Fortin of the Observatoire des Armements, a French research center. “There have been legal cases filed against sales in Britain, Italy and the Netherlands,” he added.

“It has put our relations with Riyadh under the spotlight: can we allow ourselves to continue strategic relations with a regime which torments its opponents, starves civilians in Yemen and literally cut a journalist up into pieces?”

Other countries particularly Russia and China would be delighted to replace Riyadh’s Western suppliers should they cut off exports en masse, the Intelligence Online website pointed out. It predicted that Western outrage over the killing would speed up a warming of ties between Riyadh and other partners who have expressed no reproach.

China, it noted, has been Saudi Arabia’s most important energy client for two years and the two have already begun working more closely on defence, notably on drone sales.