Prime Minister Imran Khan’s Federal Cabinet has approved the amendments in the Army Regulations, while Law Minister Farogh Naseem has resigned from his position, and will join the Attorney General in representing the government in the Supreme Court. 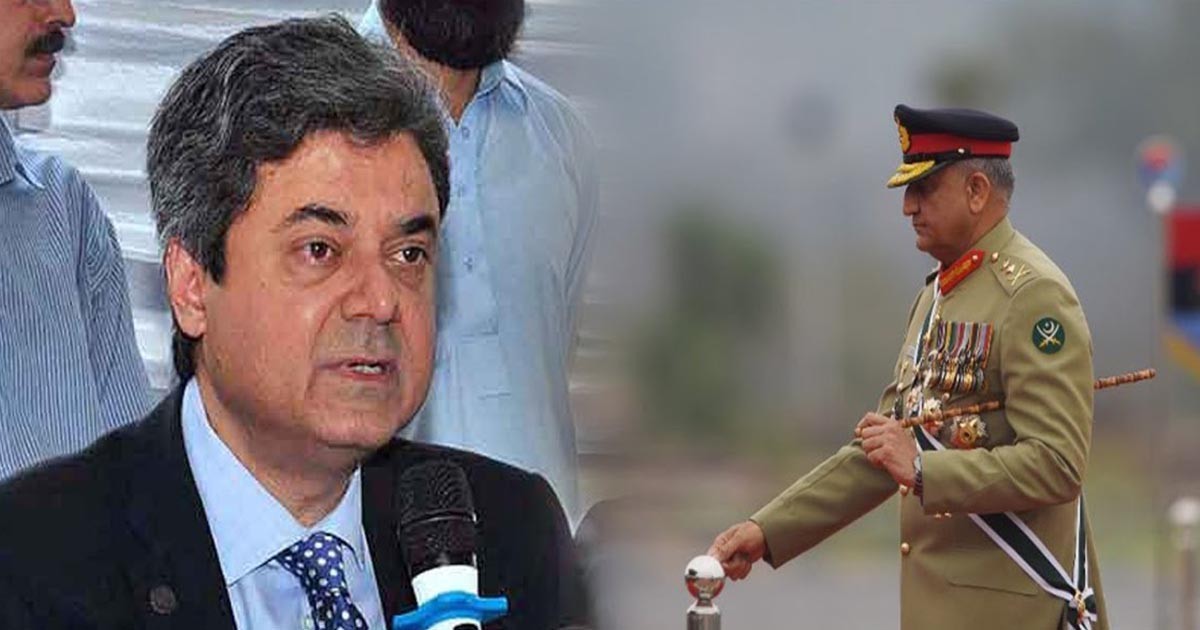 Shafqat Mehmood, Federal Minister for Education, announced on Tuesday, the federal cabinet has approved amendments to the Army Regulations to add a provision for the “extension in tenure” of the Chief of Army Staff.

Addressing the press after the cabinet meeting, Mehmood said that the Supreme Court, while presiding over the hearing on Army Chief General Qamar Javed Bajwa’s tenure extension, had observed that the Army Regulations did not allow a provision for extending the Chief’s tenure.

These decisions emerged hours after Chief Justice of Pakistan, Asif Saeed Khosa, dismissed the government’s notification extending Army Chief’s tenure until Supreme Court’s hearing on Wednesday. The CJP stated that the “summary and approval of army chief’s extension is not correct.”

Fourteen members of the cabinet could not give their agreement as they were unavailable. Did the government consider their silence as their approval?

Notices were issued to the Ministry of Defence, the Federal government and Chief of Army Staff General Bajwa, who is due to take retirement on November 29.

Shafqat Mehmood said that the Federal Cabinet amended Rule 255 of the Army Regulations in order to “assist the court” and clarify matters. Aside from “suspension of retirement” and “limitation of retirement”, Rule 255 will now also include “extension in tenure” of the Chief of Army Staff.

The Federal Minister of Education observed that the amendment has been undertaken as part of Prime Minister Imran Khan’s intention to extend General Bajwa’s tenure. The Federal Cabinet has agreed upon the alteration of the summary for Gen Bajwa’s reappointment, taking into account the amendments in the Army Regulations.

The old summary will be set aside and Prime Minister Khan will approve the new summary.

Addressing the press briefing, Sheikh Rasheed, Minister for Railways, announced that Farogh Naseem, the Federal Minister for Law, has resigned from his position and will appear in the Supreme Court tomorrow to represent the government in General Bajwa’s tenure extension hearing.

Sheikh Rasheed apprised the media that Prime Minister Imran Khan accepted Naseem’s resignation during the cabinet meeting, and he will accompany the attorney general of Pakistan at the Supreme Court hearing.

Shahzad Akbar, Special Assistant to the Prime Minister on Accountability, said that Naseem has “voluntarily” tendered his resignation as he could not represent the government in court while holding the position of a federal minister. He will join the attorney general in clarifying the stance of the government during the hearing on Army Chief’s extension.

Akbar added that once he has assisted the attorney general on the case, he can return to the Federal Cabinet with the Prime Minister’s approval.

Federal Minister for Education, Shafqat Mehmood observed that Article 243 of the Constitution allows Prime Minister Imran Khan the capacity to advise the president with regards to the appointments of service chiefs, including the Chief of Army Staff.

He said that the same process was adopted for extending the tenure of General Bajwa. Mehmood said that it was Prime Minister Khan’s prerogative to deliberate whether the ongoing situation necessitates an extension of the Army Chief.

Mehmood observed that the decision to extend General Bajwa’s tenure was taken in light of “extraordinary circumstances” erupting across the region. He explained that India’s aggressive posturing by increased firing across the Line of Control, the Balakot botched airstrike, threats to block Pakistan’s water, and the unprecedented curfew imposed in occupied Kashmir has created the apprehensions that New Delhi is preparing for a “false flag attack”.

Aside from the regional situation, the premier’s decision was also focused on the need to establish continuity in the army command and extend General Bajwa’s services to the country.

Sheikh Rasheed responded to Chief Justice Khosa’s remarks that only 11 out of the 25 cabinet members had approved General Bajwa’s extension by saying that now, the entire cabinet has supported Premier’s decision to extend his tenure.

Chief Justice Khosa had said, “Fourteen members of the cabinet could not give their agreement as they were unavailable. Did the government consider their silence as their approval?”

US to reopen consulate in Jerusalem to aid Palestine

Has Imran Khan kicked-off his campaign against Asif Ali Zardari?

Olafur Arnold, a musician from Iceland, planning a visit to Hunza Valley