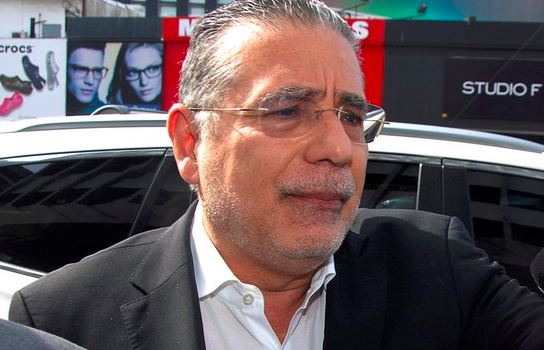 The arrests of the founders and key officials of the controversial law firm, Mossack Fonseca, on Thursday is yet another reminder that the corruption scandal that stymied the political fortunes of global elite is not dying any time soon.

The founders of Mossack Fonseca, Juergen Mossack and Ramon Fonseca were arrested in Panama on Thursday and were transferred to police cells for additional probe. Law firm that remained at the center of Panama Papers Scandal was founded by  Ramon Fonseca Mora in 1977. Latest action, leading to arrests, has been initiated by Panama’s attorney general and chief prosecutor, Kenia Percell, who has launched a probe into Mossack Fonseca’s alleged connections with Brazil’s Lava Jato corruption scandal. Allegations spread wide inside Panama and all across Latin America.

In a press conference Panama’s attorney general, Kenia Percell, said she had information that identified Mossack Fonseca “allegedly as a criminal organisation that is dedicated to hiding money assets from suspicious origins”.

She said the firm’s Brazilian representative had allegedly been instructed to conceal documents and to remove evidence of illegal activities related to the Lava Jato case.

These arrests and investigations, though related specifically to Mossack Fonseca’s illicit activities inside Panama and in the larger Latin American theatre but they send shock waves across the world. Many leading politicians and corporate executives got enmeshed into scandals after the wrong doings were first exposed by a group of journalists (ICIJ) working in between Europe and the United States. Though Pakistan’s Prime Minister, Nawaz Sharif, is not directly named in Panama leaks but his children find mention and it has been politically very damaging for him. PM Sharif and his family are still facing a case in Supreme Court which draws headlines and provides cannon fodder for the TV talk shows.

The Panama Papers, which consist of millions of documents belonging to Mossack Fonseca and leaked in April 2016, had provoked a global scandal after revealing how the rich and powerful used offshore corporations to avoid paying taxes. In many parts of the world like Latin America or in Pakistan it is much more than “avoidance of taxes”. In Pakistan the origin of funds, which Sharif family used to purchase London flats, itself is at the heart of controversy.

Suspension of Court Proceedings in Pakistan

In Pakistan, in the past two weeks, the supreme court proceedings got suspended due to the illness of one judge on the panel. In the past few days government news agency, Associated Press of Pakistan (APP), released a survey, apparently conducted by the US think tank, International Republican Institute (IRI) that claimed that country’s prime minister, Nawaz Sharif is the most popular politician in the country.

PM Sharif’s political opponents now fear that government is taking advantage of the suspension of court proceedings to break the tempo of “Panama Case Discussions” on media and is trying to turn around the political narrative. Public debate in Pakistan got overly heated after the revelations by BBC and German paper, XYZ, that provided additional evidences linking the ruling Sharif family with the controversial properties, in London – from the beginning.

Sharif family claims that it only acquired the London flats in 2005 or 2006 from a Qatari prince. It remains to be seen if Pakistani media will again pick up the court proceedings with the same zeal as they had been doing it before the suspension of proceedings.

For those in #Pakistan who doubt the role of the prime ministers daughter Mariam Safdar in #panamapapers – some of the docs. Judge yourself. pic.twitter.com/DCd45aTxTK

The investigation in Panama is understood to be seeking possible links between Mossack Fonseca and the Brazilian engineering company Odebrecht, Reuters had reported. Ramon Fonseca, a partner at Mossack Fonseca, denied his firm had a connection to Odebrecht, which has admitted to bribing officials in Panama and other countries to obtain government contracts in the region between 2010 and 2014.

Actions of Panama authorities and allegations surfaced again reinforce the impression that law firm and most of its clients had illicit intentions and relations. Mossack Fonseca’s attorney, Elias Solano, said there was a “lack of evidence” supporting the allegations. However Chief Prosecutor, Kenia Percell says that Mossack Fonseca have systemically destroyed the evidence.

Why is the Punjab Government not releasing the Baqir Najfi report?

Can hypocrisy and intervention go side by side?