As Indian Anchor Arnab Goswami sets up a new ‘Nationalistic Indian Channel: Watch 5 of his most ridiculous anti-Pakistan claims 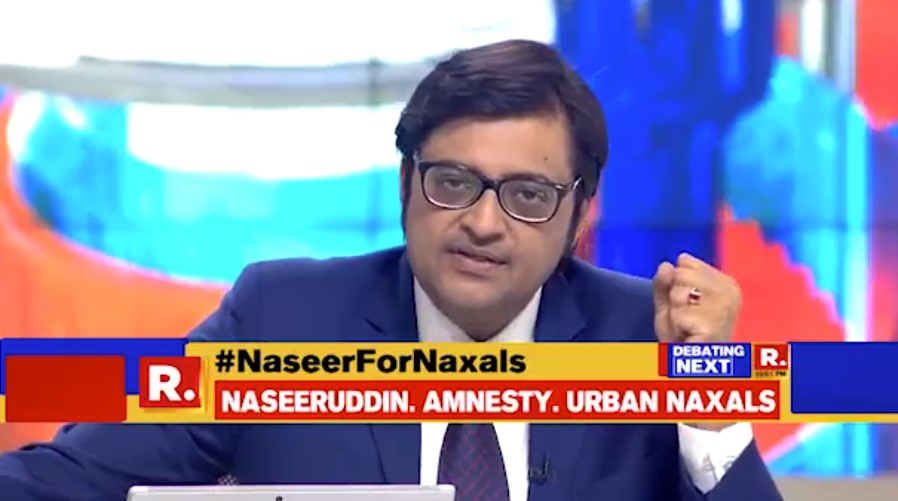 The firebrand right-wing Indian commentator Arnab Goswami is famous for his anti-Pakistan rhetoric, however, Mr. Goswami has a tendency to get carried away in the heat of the moment and make absolutely farcical claims which are quite ridiculous.

He has also recently announced plans to launch a new TV channel called “The Republic”. He previously hosted news hour on Times Now.

below is a compilation of some of his idiotic antics:

Pakistan is responsible for the unrest in Kashmir:

Mr. Goswami seems to be unaware of Indian ban on social media and the brutal use of pellet guns against innocent civilians.

Pakistan is a terror state:

Here, again Mr. Goswami has chosen to take leave of reality, who needs facts when you can sound rabidly nationalistic instead? Pakistan is the most successful state in the world when it comes to fighting terrorism.

One of his most blatantly false claims is that a so-called terror ship was sent by Pakistan to Idia. The hoax was later exposed by B.K. Loshali, the DIG Indian Coast Guard, which led to his court martial.

Uri attack was carried out by Pakistan:

In one of the most blatant false flag operation of modern times. India claims that Pakistan backed terrorists infiltrated into India and carried out an attack without giving any evidence or proof. The story was ignored by most of the international media because of its bogus nature.

Pakistani Stars should be banned from Indian film industry:

Here he calls for a ban on Pakistani nationals from performing in India. Mr. Goswami is so obsessively anti-Pakistan that he attacks anyone, even famous Indian artists, who have a conciliatory tone on regarding Pakistan

Funnily enough, this man claims to be a progressive because of his “support for LGBTQ rights”. It doesn’t take much to see through his pseudo-intellectualism and recognize the actual bonafide bigot that he is.