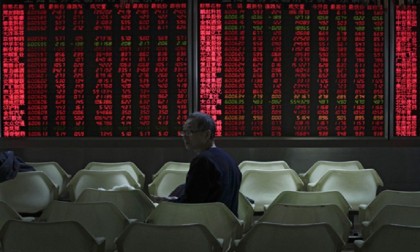 Asian markets rallied Friday as another broadly positive week drew to a close, with investors cheered by a report that the US was considering lifting tariffs on China as officials look to hammer out a trade deal. Optimism that the world’s top two economies are on course to reach a deal ending their long-running trade row has helped boost equities across the world this year.

And while news that the US was carrying out a criminal probe into Chinese tech giant Huawei caused a wobble Thursday, the rally resumed after the Wall Street Journal story on tariff-lifting broke. The paper reported Treasury Secretary Steven Mnuchin had raised the idea with Trade Representative Robert Lighthizer of removing some or all levies on Beijing in return for structural reforms.

After her grand Brexit plan was soundly rebuffed by MPs this week, British Prime Minister Theresa May has called cross-party talks to put together a “Plan B” with a more palatable agreement by Monday.

It said the move was part of a bid to reassure markets and bolster the odds of a bigger trade deal, ending a months-long saga that is beginning to impact economies around the world, particularly China. However, Treasury Department told AFP that no formal recommendation had been made by either Mnuchin or Lighthizer in the talks, which were “nowhere near completion”.

Still, investors remained upbeat. Hong Kong rose more than one percent and Shanghai added 0.8 percent while Tokyo ended the morning 1.3 percent higher. Sydney, Seoul, and Singapore were each 0.5 percent higher while Wellington and Taipei added 0.3 percent. Manila and Jakarta were also up.

“The US government has said that there have been no formal talks to scale back tariffs, but the market saw the half glass full as the reports signal that concessions are in the works,” said Alfonso Esparza, senior market analyst at OANDA. However, there was still skepticism among analysts, with the two sides still far apart on a number of issues, particularly regarding intellectual property.

Crude on the Rise

“Certainly evidence that the administration is approaching a deal would be good news,” Laura Rosner, senior economist at macro policy Perspectives, said. “We’ve heard noise around trade policy before though, so I would want to make sure the progress happens and sticks.” On currency markets, the pound edged up and was sitting around two-month highs against the dollar as dealers bet that Britain will not leave the European Union without a deal.

After her grand Brexit plan was soundly rebuffed by MPs this week, British Prime Minister Theresa May has called cross-party talks to put together a “Plan B” with a more palatable agreement by Monday. Still, if that does not work, there is a growing expectation that the March 29 exit deadline will be pushed back to give May more time to reach another deal or possibly call another referendum.

Oil prices rose on the China-US tariffs report and after OPEC said it had cut output in December before a new agreement to limit supply took effect. Both main contracts are up around a fifth since the end of December, thanks to an agreement to cut output by OPEC and other key producers including Russia. That followed almost three months of losses that wiped around 40 percent off prices that was fuelled by supply and demand worries.

And while the commodity is on the up, there are still concerns about the impact of a slowing global economy. “As global growth stalls so does the appetite for crude,” said Esparza at OANDA. “Demand remains the biggest uncertainty. Positive trade headlines could boost energy prices as supply remains a tug-of-war between rising (US) shale production and OPEC agreed with limits.”

Previous articleWith eye on Iran, US steps up presence in Iraq – M K Bhadrakumar
Next articleElite does not appreciate Pakistan’s beauty: PM Khan

Indian team is not sexist: Kohli