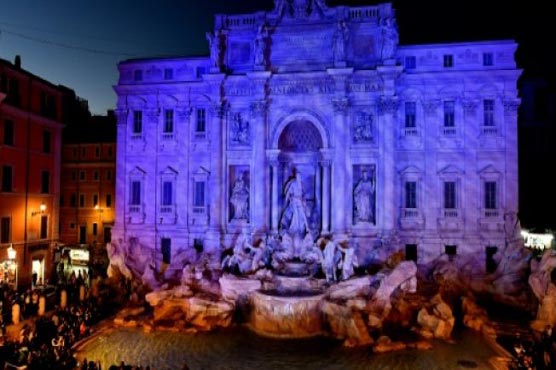 Asian markets rose Friday, tracking a rally on Wall Street where investors were buoyed by the Federal Reserve’s positive outlook for the US economy, and oil added to gains with predictions it could be headed back to $100. While concerns over the China-US trade row hang in the air, equities continue to be supported by optimism that the global economy and companies are in rude health.

That was reinforced by the Fed Wednesday as it lifted interest rates and indicated more to come over the next year citing the strong labour market and playing down concerns about vulnerabilities in the financial system.

“One thing that’s telling is the current price action which sees investors continually coming back for more. That suggests the gushing US economy and not trade wars, continues to influence investors’ decisions,” said Stephen Innes, head of Asia-Pacific trading at OANDA. All three Wall Street indexes ended with gains and Asia followed suit.

Tokyo led the way, ending the morning 1.7 percent higher as exporters were boosted by the weaker yen, which is at its lowest level against the dollar this year.

While the prospect of higher US rates has lifted the dollar, the upbeat mood is also helping emerging market and high-yielding currencies, which have been swiped in recent weeks by the trade war fears. The South Korean won, Indonesian rupiah, Thai baht and Mexican peso were all being bought while the Turkish lira jumped more than one percent, despite ongoing concerns about the country’s economy.

The euro continued to struggle after losing almost one percent as Italy’s populist government agreed on a budget deficit target of 2.4 percent of gross domestic product for next year, fuelling fears of a bust-up with Brussels. Crude prices extended gains on growing concerns about supplies following a decision not to increase output by key producers, just as Iran faces export sanctions and Venezuela continues to be dogged by political and economic crises.

That was reinforced by the Fed Wednesday as it lifted interest rates and indicated more to come over the next year citing the strong labour market and playing down concerns about vulnerabilities in the financial system.

Also, the US energy secretary this week ruled out using the country’s emergency stockpiles to ease a prices. Bloomberg News reported that the chief executive of oil and gas major Total, Patrick Pouyanne, saw prices swinging to the $100 levels last seen in mid-2014.

“Everyone’s worried about the tightness in supply at the moment and that’s continuing to push up prices,” Will Yun, a commodities analyst at Hyundai Futures, said. “But volatility is coming as we’re still waiting for further response from the US.”

Pompeo in Saudi Arabia to discuss retaliation to Oil Attacks, after US blames Iran