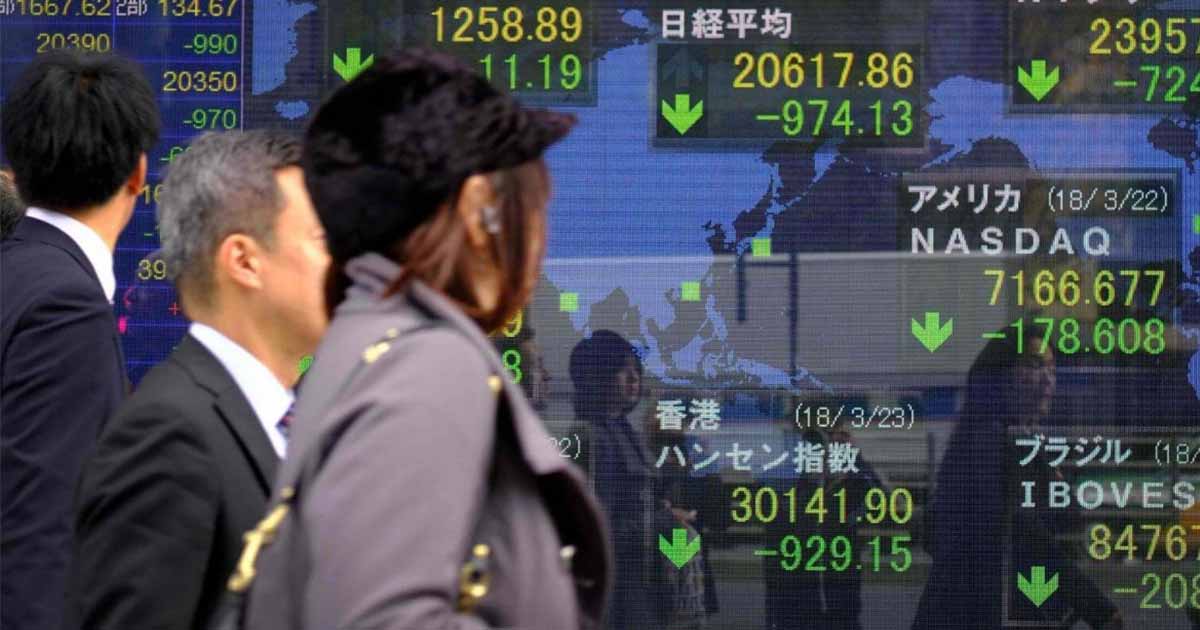 Strong US data, Chinese financial support and a broadly healthy earnings season have provided a much-needed boost to equities after last week’s sell-off, while there is a sense that the economic impact of the outbreak globally could be limited.

China’s decision Thursday to halve tariffs on $75 billion of US goods as part of their trade detente has also cheered the mood.

Observers say the virus, which has killed more than 600 people and infected 31,000, will batter Chinese growth in the first quarter but it could rebound later in the year, as it did after SARS.

“If the pattern of the SARS impacts are a guide, there is the potential for the Chinese economy to rebound with an above-potential growth rate once the outbreak subsides,” said T. Rowe Price analyst Chris Kushlis.

“In 2003, China’s growth rate climbed to 15.5 percent in the third quarter as pent-up demand saw consumption rebound as the SARS outbreak waned. A similar rebound following the coronavirus could help keep the longer term track of the Chinese economy on a relatively even keel.”

Heading into the weekend, dealers were taking a step back after the week’s strong gains across the world, which has seen all three main indexes on Wall Street chalk up record highs.

Hong Kong, which has climbed around 4.5 percent this week, dipped 0.5 percent in the morning session, while Tokyo went into the break 0.1 percent down.
Read more: US stocks steady as WHO says new China virus not an emergency

Shanghai was slightly lower, having recovered the majority of its near eight percent drop suffered Monday, when it reopened after the Lunar New Year break.

Singapore, Seoul and Sydney each shed 0.6 percent, while Manila and Taipei retreated 0.9 percent.

Coming up for air

Stephen Innes, of AxiCorp, said that while the virus outbreak seems to be stabilising in the epicentre of China’s Hubei province, “the disruption to China’s economy will likely continue in the short term”.

“This may give cause for pause or at minimum investors coming up for air” after recent gains.

Virus concerns fade in the markets. Treasury yields rise ahead of the U.S. payrolls report out later. Asian stocks – on track for their best week so far this year. Philippine investors get their first chance to react to the policy rate cut. #MEWCY@abscbnnews @ancalerts https://t.co/Qjtza1LGRj— Cathy Yang (@Cathy__Yang) February 7, 2020

Traders are also keeping tabs on the release later in the day of key US jobs data, which will provide a fresh snapshot of the world’s top economy.

The dial-back on equity markets was reflected on foreign exchanges, where high-yielding, riskier currencies such as the South Korean won and Indonesian rupiah were down against the dollar.

Still, oil extended gains on hopes that OPEC and other key producers will unveil a huge output cut to offset a virus-fuelled plunge in demand for the commodity from key consumer China.

With millions of people in China in lockdown, travel severely restricted and factories staying closed, the country’s energy use is expected to have been severely hit.
Read more: Suspicious case of Coronavirus reported in Pakistan

Those fears have hammered crude prices, which this week hit more than one-year lows, but hopes that the crisis will abate and speculation producers will slow the flow have provided support.

Still, gains on the oil market are being capped by worries that Russia will not agree to Saudi Arabia’s suggested cut in output by 600,000 barrels a day.

China & Pakistan: Evolution of a Strategic Relationship that created CPEC and threatens India & the US