The NAB chairman has approved inquired against the PML-N leader. Will the NAB be able to collect evidence against him? Is another PMLN leader up for gallows? 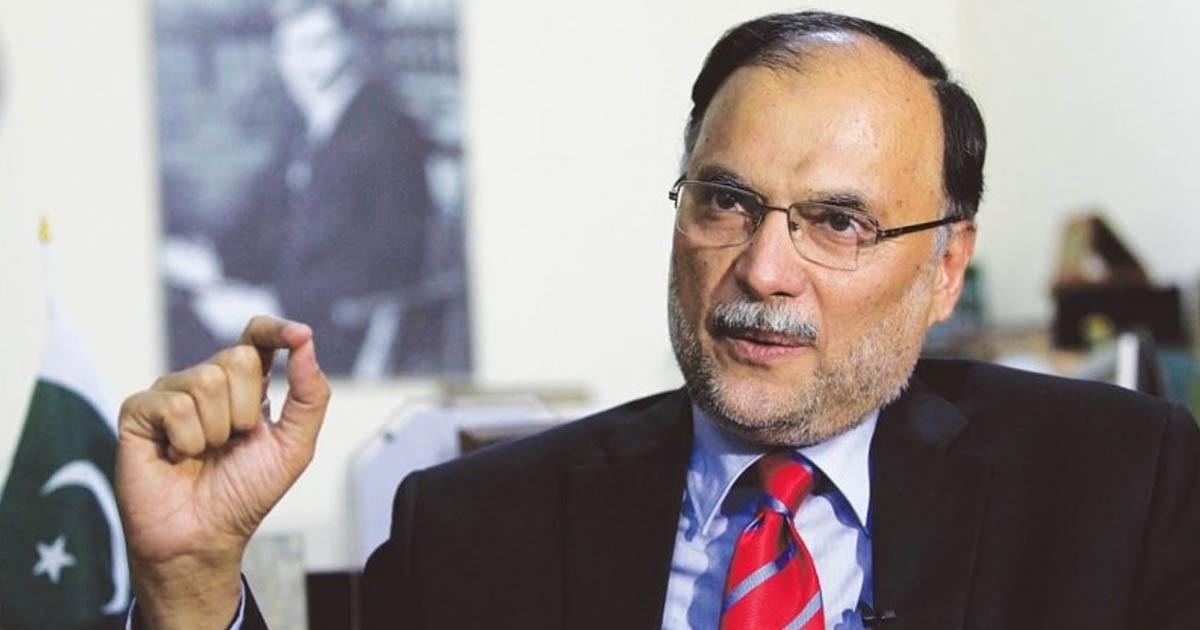 In the latest development, the National Accountability Bureau (NAB) has approved inquiry against Pakistan Muslim League-Nawaz’s (PML-N) General Secretary Ahsan Iqbal over assets beyond income allegations. The NAB is going after everyone who once held public office and own assets beyond known sources of income.

According to sources, the anti-corruption watchdog’s Rawalpindi bureau has been directed to immediately launch an investigation into the matter.

It is to be mentioned here that the former interior minister was also summoned over his alleged involvement in the misappropriation of government funds in Narowal Sports City Complex.

Iqbal was accused of illegally initiating the project of Rs3 billion in Narowal and causing a loss of billions of rupees to the national exchequer. It was also revealed that Pakistan Sports Board had exceeded its authority in the construction of the Narowal Sports City Complex.

The LHC also lashed out at anti-corruption watchdog in Shebaz Sharif’s bail case where, according to the court, the NAB did not have any substantial evidence to convince the court

Last year, NAB had announced that it would initiate a probe into alleged violation of rules in the construction of the National Sports City project – just a day after its inauguration by the then president of Pakistan Mamnoon Hussain.

Some sources claim that Ahsan Iqbal may leave the country due to investigation being initiated against him.

However, such reports were not confirmed by any independent source.

The NAB is probing multiple cases against the former rulers who are accused of money laundering, kickbacks, and corruption. The main charges against many politicians are owning assets beyond known sources.

The opposition, however, alleges the government of victimizing them for political reasons.

It is worth mentioning here that the Supreme Court of Pakistan ordered NAB to conclude all investigations into these mega cases by Dec 31, 2015, on July 7, 2015. The court also expressed displeasure over the cases pending for over a decade with no real progress. Later on, the NAB had sought an extension of three months. The SC, however, instructed to present a final report to the court by the termination of the requested extension on March 31, 2016.

As the new Chairman assumed the office, the prosecution division of the bureau was immediately ordered to finalize all 179 mega corruption investigations as soon as possible. It was revealed during a performance review meeting of NAB chaired by Justice Iqbal that investigations into 101 cases had been concluded, and references had been filed in the respective accountability courts, where the corruption cases would be adjudicated in accordance with the law.

Moreover, currently, NAB is working on 19 inquiries and 23 investigations, while 36 cases have already been disposed of.

Interestingly, among the 179 cases of mega corruption, 22 are related to financial corruption, 27 to housing societies and 71 pertained to corruption and misuse of authority by high-ranking public officials.

However, in recent days the anti-corruption watchdog had to face criticism for its inability to properly defend cases before the courts. The SC and the Lahore High Court (LHC) recently grilled the NAB for vilifying citizens and humiliating professors. The LHC also lashed out at anti-corruption watchdog in Shebaz Sharif’s bail case where, according to the court, the NAB did not have any substantial evidence to convince the court.