At key ‘2+2’ talks, India should take US demands on Iran oil sanctions with a pinch of salt 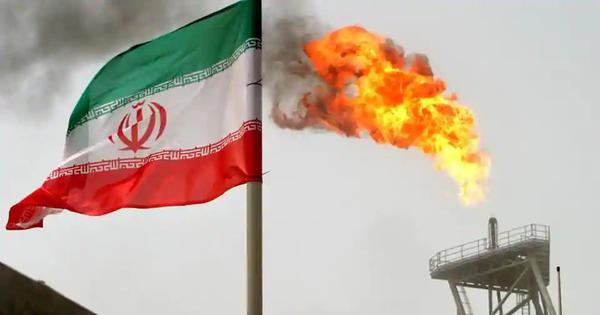 With the “2+2” dialogue between India and the United States due to begin in New Delhi on Thursday, the Modi government has done the right thing to allow India’s state refiners to work out with Tehran the logistics of using tankers and insurance arranged by Iran so that the import of Iranian crude oil can continue to bypass US sanctions.

The discussions will involve US Secretary of State Michael R Pompeo and Defence Secretary James Mattis from the American side and External Affairs Minister Sushma Swaraj and Defence Minister Nirmala Sitharaman from the Indian side.

Last month, President Donald Trump ordered that economic sanctions be reimposed on Iran after withdrawing the US from a 2015 nuclear deal between Tehran and six world powers. No country with trade links to Iran will be allowed do business with America, Trump said. Over the past two years, India has imported between 10% and 12% of its crude oil from Iran.

Israel has also been noticeably exercising an unusual degree of self-restraint lately despite Tehran’s assertion that it intends to maintain its presence in Syria. (Iran’s defence and foreign ministers visited Damascus in quick succession recently and the two countries signed a new military agreement on August 27).

Iran is offering exceptional concessions and discounts for India by way of pricing and waiver of insurance costs and offering Iranian vessels to transport the oil to Indian ports. The Indian government believes that a cutback on Iranian oil would greatly increase the country’s import bill and put an intolerable burden on the economy.

Pushing back against Washington

The Indian position takes into account the precedents set by major importers of Iranian oil like China and Turkey, which have refused to fall in line with the US sanctions against Iran. India cannot but take a strategic perspective. Iran is an extremely important country in the neighborhood endowed with vast mineral resources, apart from being a potential hub in regional connectivity.

South Block has a wealth of institutional memory on Iran. India’s diplomats should know that in the US-Iranian standoff, both sides are highly experienced in calibrating their mutual antipathies and tensions. At times, the standoff resembles a pantomime. From a diplomatic perspective, it is a pragmatic decision to sequester India’s energy ties with Iran from undue US interference.

Certain developments in the past few days demonstrate that while the US-Iranian standoff has complicated the regional security situation, the likelihood of it developing into a military conflict is low. For the second time in the recent weeks, during a speech in Tehran on Sunday, Iran’s Supreme Leader Ali Khamenei said that while Iran will not lower its threshold of military preparedness, “in terms of political calculations, there is no chance of a military war”.

Khamenei principally sought to assure Iranians that things are under control. But his words carry resonance across continents. Khamenei stressed that Iran’s air defence is at the frontline of “confronting the enemies of Iran”. Plainly put, Khamenei emphasised that Iran’s missile programme is non-negotiable since it is the country’s ultimate deterrence, while also implying that Iran will not take precipitate action.

Israel has also been noticeably exercising an unusual degree of self-restraint lately despite Tehran’s assertion that it intends to maintain its presence in Syria. (Iran’s defence and foreign ministers visited Damascus in quick succession recently and the two countries signed a new military agreement on August 27). Key elements can be discerned here: Tehran’s intentions are non-confrontational although it will continue to develop its deterrence against foreign aggression and Iran-Syria axis will remain a geopolitical reality. Conditions are becoming available for diplomacy.

Equally, the sanctions against Iran’s oil trade amounts to weaponizing the dollar. Affected countries – India included – resent this and many are already exploring innovative payment arrangements that obviate the need to use a dollar to buy oil.

Russian President Vladimir Putin is visiting Tehran on Friday to participate in a trilateral summit with his Iranian host Hassan Rouhani and Turkish President Recep Erdogan. Syria tops the agenda. On the weekend, Israeli media leaked the news that at the instance of the Kremlin, Russian Chief Rabbi Berel Lazar (who heads the Chabad organisation in Russia and is regarded as close to Putin) paid a secret visit to Tehran in April.

It is no big secret that Moscow aspires to mediate between Iran and Israel. In this complex backdrop, the unannounced visit by the British Minister for the Middle East Alistair Burt to Tehran on Monday has more to it than meets the eye. Britain has a long history of being the charioteer of American policies on Iran. Possibly, Burt has acted as a back channel for Washington. While in Tehran, he said he had “useful conversations” with Iranian officials on the nuclear issue and “wider regional issues.”

Three templates of the developing situation should engage India’s attention. One, in sheer prestige, credibility, and influence to mould international opinion on the Iran nuclear issue, Trump is trailing far behind his predecessor Barack Obama, who even managed to bring China and Russia on board to nudge Tehran towards the negotiation table.

Two, Trump’s target of zero imports of Iranian oil is plainly unrealistic. The US has no control over oil prices and there is no gainsaying the fact that cutbacks of Iran’s oil export will significantly impact the elasticity in the world market. This could severely affect the Western economies.

Equally, the sanctions against Iran’s oil trade amounts to weaponizing the dollar. Affected countries – India included – resent this and many are already exploring innovative payment arrangements that obviate the need to use a dollar to buy oil. If the trend accelerates, the status of the dollar as the world currency (which is linked to its international use for payment in oil trade) will get seriously affected. The blowback on the US economy could turn out to be catastrophic.

No doubt, the US sanctions will hurt Iran’s economy but it is a stretch to imagine that the situation is ripe for regime change. History shows that Tehran refuses to negotiate under duress. What next? The Trump administration has no Plan B. The visit of the UK state minister Burt to Tehran betrays the sense of urgency to seek out the door leading to the negotiating table.

Read more: US sticks to goal of cutting Iran oil exports to zero

Given these factors at work, it remains to be seen how far the US can afford to press ahead with the sanctions policy targeting Iran’s oil and gas industry. Suffice to say, whatever the US Secretary of State Pompeo is going to tell External Affairs Minister Sushma Swaraj at the “2+2” dialogue in Delhi can only be taken with a pinch of salt.

Basically, the Trump administration is desperately seeking engagement with Iran. Though Trump arrogantly tore up the 2015 nuclear pact and the US has needlessly painted itself into a corner, constructive engagement with Iran was entirely conceivable without such bluster.

US envoy Pompeo to return to North Korea this week

US presses India hard to end lockdown in Kashmir