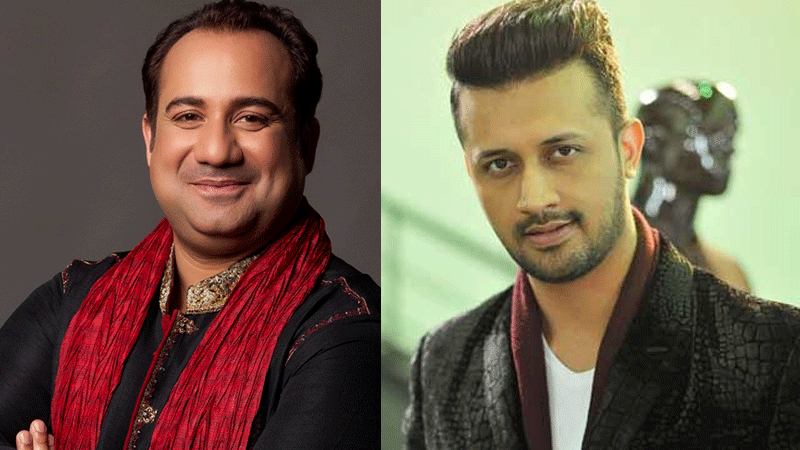 Despite the ongoing ban on Pakistani entertainers from Indian film association, the music director Mannan Shah is determined to have these singers on-board. Perhaps it is adamant admiration for these singers that Shah is compelled to overlook the consequences he may face in the wake of the breach of the ban.

Mannan Shah said, “Atif was always my first choice for ‘Tere Liye’. I adore his voice and he’s sung a quintessential romantic song. Javed Sahab has written a wonderful song and it’s one of his personal favorites too”.

He added, “We have tried a unique style which Rahat Sahab has also explored for the first time. He was excited about singing something so new and fresh,”

Namaste England is the second installment of Vipul Shah’s franchise after Namaste London. Earlier Rahat Fateh Ali Khan crooned a super-hit song Main Jahan Rahoon for ‘Namaste London’ that remained a chartbuster song for many days to come. The song was featured on Katrina Kaif, Akshay Kumar, and Rishi Kapoor. The singer-composer duo is reuniting to produce another soulful track for ‘Namaste England’.

On the other hand, Atif Aslam’s song ‘Dil Diyyan Gallan’ from Tiger Zinda Hai is another massive hit from a Pakistani entertainer in Bollywood. The song is a popular romantic number and featured Katrina Kaif and Salman Khan.

Parineeti Chopra and Arjun Kapoor have replaced  Akshay Kumar and Katrina Kaif as the lead pair in ‘Namaste England’  the film will hit cinemas on 19th October. The movie is anticipated to follow the success of its first installment-‘Namaste London’.