In a bid to honor the holy month of Ramadan, Atif Aslam releases a soulful rendition of ‘Mustafa Jann e Rehmat’. The music video has gained immense appreciation from Pakistanis. 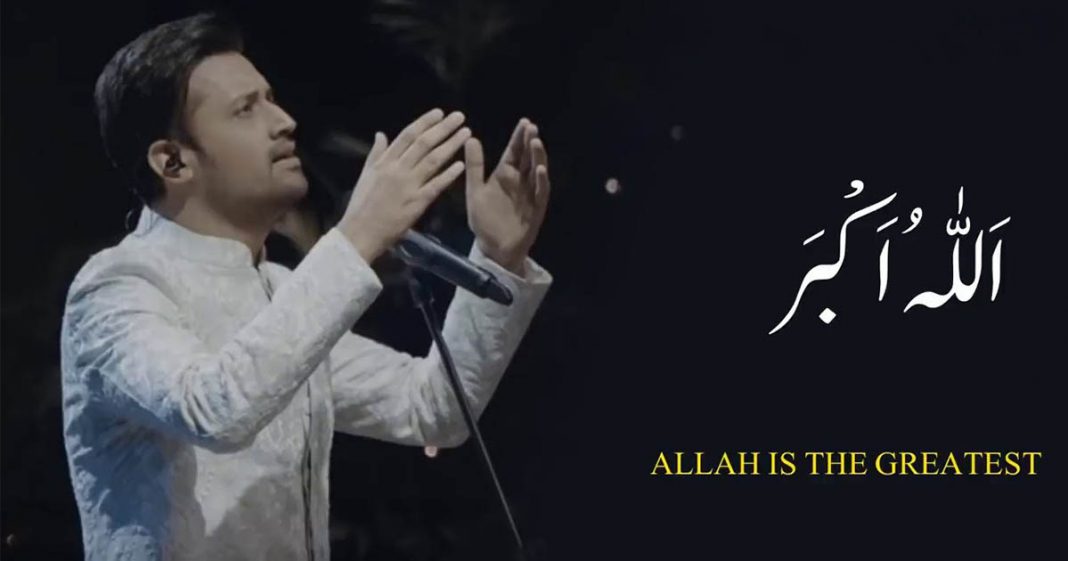 A group of five people led by Atif Aslam has performed the latest rendition of the naat. The group consists of Nouman Javed, Ahsan Pervez Mehdi, Kumail Jaffery, and Ali Pervez Mehdi.

All the men can be seen dressed in simple white kurta shalwar. Singers have recited the naat without additional music. The pace of the naat has been set mild to slow with a consistent low-contrast look.

The video has garnered more than 490K views on YouTube within 12 hours since its release. Several social media users took to Instagram and Twitter and praised the singer for presenting with another soulful kalaam.

The video has received 800,351 views in 16 hours and is also trending widely on social media. Singer Atif Aslam shared the video on his Twitter account. “The video is a humble expression of hope & solidarity, as we stand with humanity in these times,” wrote Atif Aslam in a tweet.

The video comes at a time when humanity is striving to survive against pandemic coronavirus. While the video intends to uplift hopes in these testing times, it is also an ode to the frontline workers who are risking their lives to serve humanity.

Atif Aslam’s rendition of Asma-ul-Husna had a unique arrangement of reverberating duff. Sound of ‘Allah’ from the Azaan of the grand mosque of Makkah echoes in the background of the video.

Muniba Mazari’s ex-husband sues her for defamation for Rs. 10 million