This month’s national security report notes the Christchurch attack made it clear that New Zealand is not immune to the threat of right-wing violent extremism. 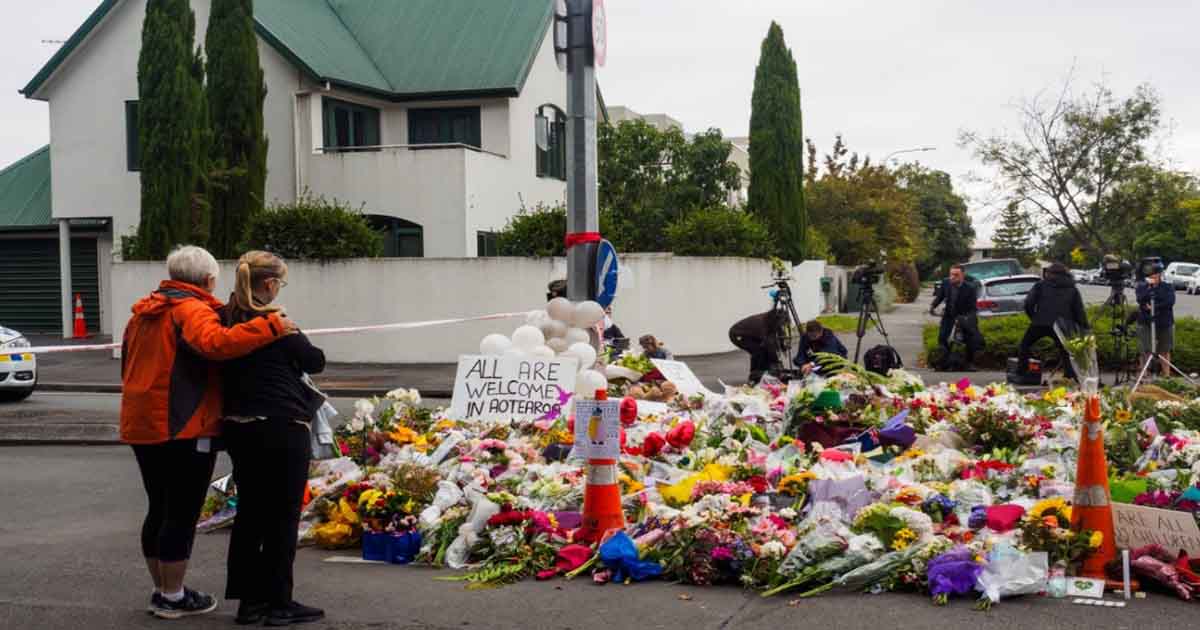 The Christchurch mosque attacks on March 15 last year have prompted a significant rise in tip-offs about people expressing extremist views, according to a report by New Zealand’s Security Intelligence Service (NZSIS).

TIME’s new international cover: A year after Christchurch, Jacinda Ardern has the world’s attention. How will she use it? https://t.co/K7Z8urgSyu pic.twitter.com/DjgsjGg5BZ— TIME (@TIME) February 20, 2020

Right-wing extremism has been in ASIO’s sights for some time, but obviously this threat came into sharp, terrible focus last year in New Zealand. In Australia, the extreme right-wing threat is real and it is growing. In suburbs around Australia, small cells regularly meet to salute Nazi flags, inspect weapons, train in combat and share their hateful ideology.

In New Zealand, a royal commission of inquiry is expected to report back in April about what intelligence agencies knew about the alleged perpetrator before the Christchurch attack and how they should be reorganised to prevent such incidents in the future.

Terrorism is a risk for most countries, but intelligence agencies differ in the way they present the risks, their understanding of it and how they report on it.

The European Union (EU) does not report a generic threat level, but individual countries do. For example, the UK’s intelligence agency MI5 records the risk of a terror attack in England, Scotland and Wales as substantial (an attack is likely) and in Northern Ireland as severe (an attack is highly likely).

The Australian agency ASIO has listed the national terrorism threat level as probable since 2014. In New Zealand, the threat level went from low to high following the Christchurch attacks, but is now medium, which means a terrorist attack is assessed as feasible and could well occur.

In 2018, the NZSIS reported around 30 people of “particular interest”. Following the Christchurch attacks, “between 30 and 50 individuals have been under active investigation … in relation to violent extremism at any one time”.

Australian intelligence agencies do not report how many people are of particular interest. They report the number of attacks that have been disrupted (three in the past 12 months) and how many (12,478) counter-terrorism leads were resolved or investigated. The EU has a similar approach, recording the number of foiled, failed or completed attacks (129 for 2018), and the number of arrests (1,056).

In contrast, New Zealand intelligence agencies don’t share any of these considerations with the public. Nor do they elaborate on the threat of right wing terrorism to the extent of their counterparts

In Europe, risk reporting currently shows most attacks come from “ethno-nationalist and seperatist groups” (83), followed by jihadist (24), left-wing (19) and other groups. Although right-wing terrorism is not a primary risk factor in Australia, intelligence agencies are more aware of it.

This threat is not something new, but current extreme right wing networks are better organised and more sophisticated than those of the past … any future extreme right-wing inspired attack in Australia would most likely be low capability and conducted by a lone actor or small group, although a sophisticated weapons attack is possible.

Similarly, in Europe, right-wing groups are not a dominant risk factor, but intelligence agencies note an increase.

The number of arrests linked to right-wing terrorism remained relatively low but increased for the third year in a row. Right-wing extremists prey on fears of perceived attempts to Islamicise society and loss of national identity.

This month’s national security report notes the Christchurch attack made it clear that New Zealand is not immune to the threat of right-wing violent extremism.

But intelligence services do not gauge the scale of this domestic risk. Instead they paint the problem as “a growing threat internationally … that will … continue to be a challenge for security agencies around the world for the foreseeable future”.

Other countries’ agencies tell citizens more. Australian agencies reported seven terror attacks and 16 major counter-terrorism disruption operations since 2014, including where these incidents took place, what types of weapons were used and whether the targets were public spaces, military sites or infrastructure.

European agencies follow similar reporting, but provide their citizens with even more information. This covers everything from arrests, convictions and penalties, financing, weapons, use of propaganda and detail about people who travel to and return from war zones.

Australian agencies also map what they consider the most likely terror attacks in the future (low cost, locally financed, using readily acquired weapons and relatively simple tactics). They also note emerging themes, such as the risk of opportunistic violence or civil disobedience through counter protesters.

In contrast, New Zealand intelligence agencies don’t share any of these considerations with the public. Nor do they elaborate on the threat of right wing terrorism to the extent of their counterparts. The failure of the previous ten years not to mention the risk of right-wing terror cannot be repeated. While we now know the risk of extreme right terrorism exists, it is the responsibility of the security agencies to better monitor, analyse, prevent, and report on this risk than ever before.

After last year’s mosque shooting, if the intelligence agencies want to regain the trust of the public, they will have to do much better.