China and Australia have been trading partners for a long time. However, Australians are fast losing trust in China due to their deteriorating diplomatic ties. Recent months have seen China slap trade sanctions on Australian goods, sentence an Australian citizen to death and mock Canberra's long-standing alliance with the United States. 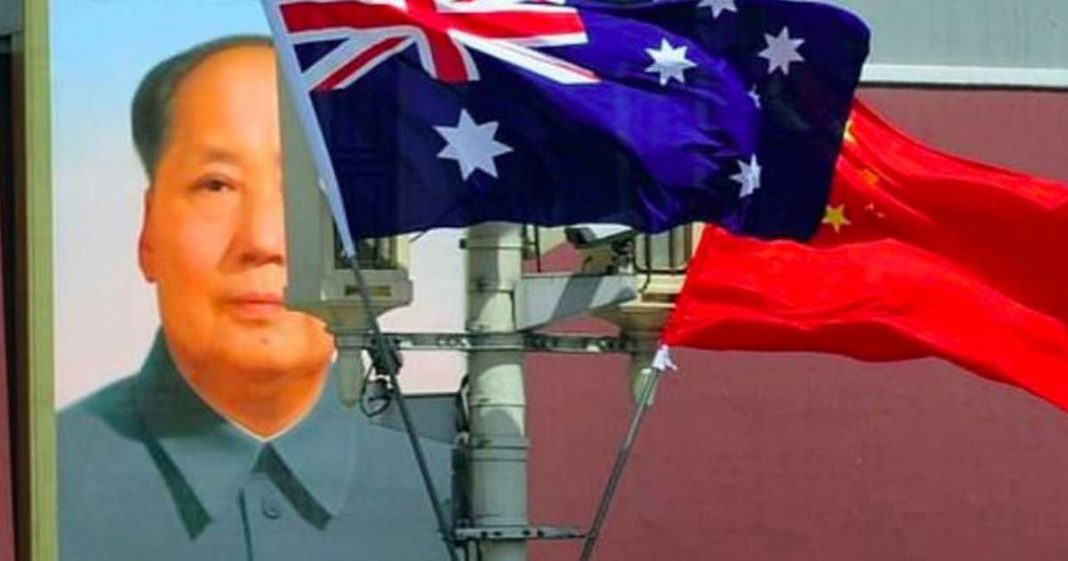 Australians’ trust in China has collapsed, according to a public opinion poll Wednesday that showed the impact of rising confrontations between the two trading partners.

A survey from Sydney’s Lowy Institute showed the number of Australians who trust Beijing to act responsibly on the world stage fell from 52 percent in 2018 to a record low of 23 percent today.

Both countries at odds with one another

China has become increasingly assertive under President Xi Jinping, as Beijing looks to translate its rising economic might into political, diplomatic and military power.

But the muscle-flexing has caused a series of disputes with regional neighbours — from border skirmishes with India to public diplomatic spats with Australia.

Beijing had been angered by Australia’s push-back against technology giant Huawei, public complaints about Chinese spying and influence-peddling in the country and calls for an independent inquiry into the origins and management of the coronavirus pandemic.

An Australian has been sentenced to death in China for drug trafficking, in a ruling that could further inflame tensions between Beijing and Canberra. This decision comes at a time when both economic powerhouses are at loggerheads and are waging an ideological battle against each other.

The man, named in Chinese pinyin as “Kamu Jielaisibi” and identified by Australian media as Cam Gillespie, was handed the death penalty by Guangzhou Intermediate People’s Court on Wednesday, according to a notice posted on the court website.

According to Chinese local media, Gillespie was arrested at Guangzhou Baiyun Airport, northwest of Hong Kong, in December 2013 with more than 7.5 kilograms (16 pounds) of methamphetamine in his checked luggage.

“Confidence in China’s leader Xi Jinping, has fallen even further.”

Ninety-four percent of respondents said they would like to see Australia reduce economic dependence on China and 82 percent backed sanctions on Chinese officials linked to human rights abuses.

China accounts for around a quarter of all Australian trade, according to official statistics — with Australian minerals helping build China’s heavy industry and fuel power generation.

The poll has been conducted since 2005 and this year surveyed 2,448 adults across Australia.

China is Australia’s largest trading partner, as well as a major source of lucrative international students and tourists.

But relations have been troubled in recent years and worsened after China reacted furiously to Australia’s call for an independent probe into the origins of the deadly coronavirus pandemic.

In an apparent response to the demand, Beijing imposed tariffs on Australian barley and issued travel warnings to tourists and students over virus-linked racism against ethnic Asians.

Prime Minister Scott Morrison has dismissed allegations of racist treatment of Chinese as “rubbish”, adding that his government would “never be intimidated by threats” or “trade our values in response to coercion from wherever it comes”.

Australia’s prime minister revealed Friday his country was under a broad cyberattack from a “state-based actor” targeting government, public services and businesses, with suspicions falling on China. The culprit for the Australia cyberattacks is increasingly being viewed as China, with Australians particularly vocal in their suspicion. This further complicates the already tense relations between China and Australia.

Warning Australians of “specific risks” and an increased tempo of attacks, Scott Morrison told a press conference that a range of sensitive institutions had been hit.

“This activity is targeting Australian organisations across a range of sectors, including all levels of government, industry, political organisations, education, health, essential service providers and operators of other critical infrastructure,” he said.

Morrison levelled blame at a “sophisticated state-based cyber actor”, but declined to name the culprit, while saying that it could only come from one of a handful of states.

But suspicions immediately fell on Beijing, which has clashed repeatedly with Canberra as it looks to increase the cost of Australia speaking out against Communist Party interests.