The premier shall not resign, government has told to the opposition. What other options do they have to bargain on? 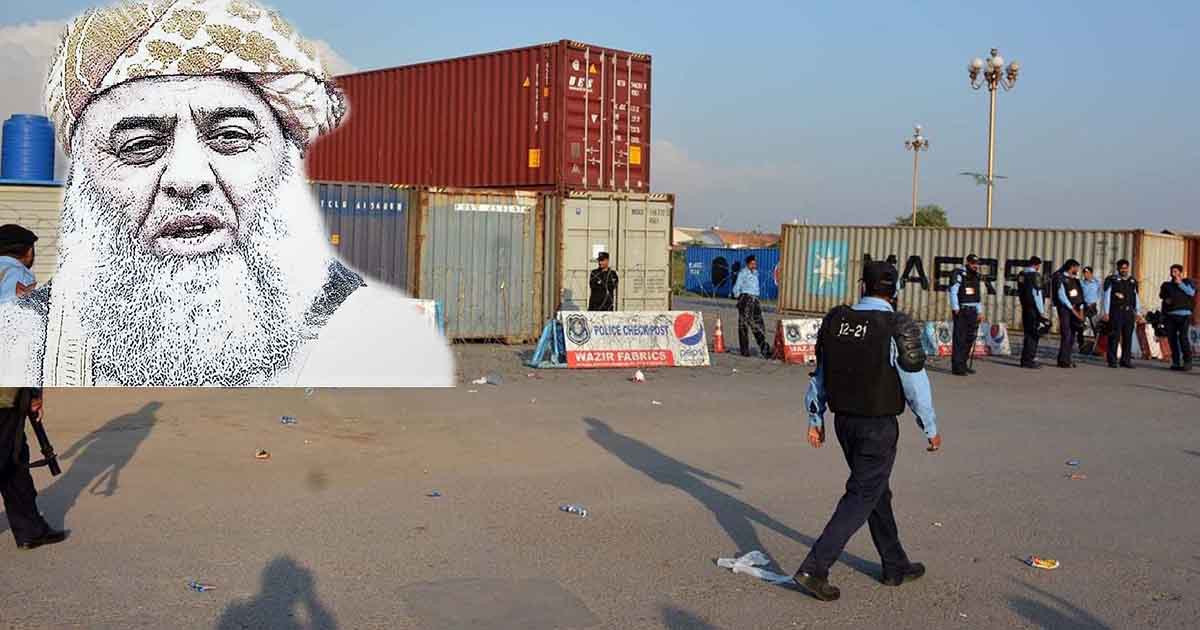 The Opposition and government are to begin formal talks on the issue of ‘Azadi March today. The main discussion shall remain on two points; a) resignation of the Prime Minister b) Opposition be allowed to organized a protest according to the law. Reports suggest that Maulana could not garner support from the establishment, therefore, he is now likely to sign a deal with the government. GVS learnt that the government is willing to agree on the second point which may be face-saving for the JUI-F. “If it takes place within the ambit of law and the Constitution as interpreted in the decisions of the Supreme Court of Pakistan and Islamabad High Court,” the government has said.

Prime Minister Imran Khan announced on Wednesday that the marchers would be allowed to proceed with their protest and that the opposition has agreed to hold talks with the government’s negotiating team. The premier reportedly made it clear that it was the opposition’s right to hold protests since Pakistan is a democracy.

Sources confirmed to GVS that the government negotiating team headed by Defence Minister Pervez Khattak will hold talks with the 11-member Rehbar Committee having representation of all major opposition parties at the residence of JUI-F leader Akram Khan Durrani on Friday evening.

Formal talks between the government and the opposition on the issue of ‘Azadi March’ are set to begin on Friday (today) with both sides sticking to their guns on the demand for Prime Minister Imran Khan’s resignation.https://t.co/AyzW7hN88V

Maulana who wanted to be politically relevant at the outset has now found some space to demands something substantial from the government. There is a growing perception created through some media houses, anchors and social media accounts as if Mualana has a tremendous political support from across the country. Political commentators believe that such perception is quite misleading. “PM Imran Khan is an elected member of the assembly and an elected PM. How can a party whose chief could not manage to become a member of the assembly threaten the government to topple?” asked a political analyst.

The PTI delegation first met the MQM leaders at the Parliament House and apprised them about the government’s decision to allow the marchers to enter Islamabad on Oct 31 with some restrictions in the light of various judgments of superior courts.

MQM’s Khalid Maqbool Siddiqui, who is also a cabinet member, said his party believed that it was the constitutional right of the opposition parties to hold protest.

Federal Minister for Inter-Provincial Coordination Dr Fehmida Mirza of the GDA after her meeting with the PTI delegation praised the government for its decision to allow the opposition to hold the march.

Later, accompanied by Mr Sanjrani, the defence minister met PML-Q president Chaudhry Shujaat Hussain and briefed him on the government’s strategy to deal with the opposition’s protest.

Sources said that the members of the Rehbar Committee had decided to hold an internal meeting to decide the “agenda” for the talks with the government. “Yes, we will sit and discuss the strategy for the talks before arrival of the government team. We will also nominate someone to speak on behalf of all the opposition parties in the meeting,” said a member of the Rehbar Committee.

Pakistan Peoples Party (PPP) secretary general Farhatullah Babar, who is also a member of the Rehbar Committee, said they had already prepared a comprehensive charter of demand that would be placed before the government team.

https://t.co/jjSKqM0ko2
PPP’s @FarhatullahB said they had already prepared a comprehensive charter of demand..besides PM’s resignation,their demands included fresh elections without any involvement of the army,reforms in the election laws&ending the ongoing media censorship.

PPP initially declined to become part of any anti-government campaign using religion. However, when the party could not find any concession from the government for the arrested leaders, Asif Ali Zardari and his sister, it has decided to put more pressure on the incumbent government.

Previous article‘Would rather speak the truth and not get cast in Bollywood’: Mehwish Hayat
Next articleDon’t play politics over Nawaz’s health, Dr. Firdous Ashiq to PML-N

24 July 2021
Previous article‘Would rather speak the truth and not get cast in Bollywood’: Mehwish Hayat
Next articleDon’t play politics over Nawaz’s health, Dr. Firdous Ashiq to PML-N

How will PTI deal with joint opposition amidst a demand for charter of economy?

Nawaz hosts Fazl: Is the former premier really as sick as he claims?