Pakistan's Imran Khan to bag another accolade upon his maiden trip to Bahrain. Khan will be conferred upon with the highest civilian award of Bahrain. Imran Khan will surely seal 2019 with another glorious accolade. 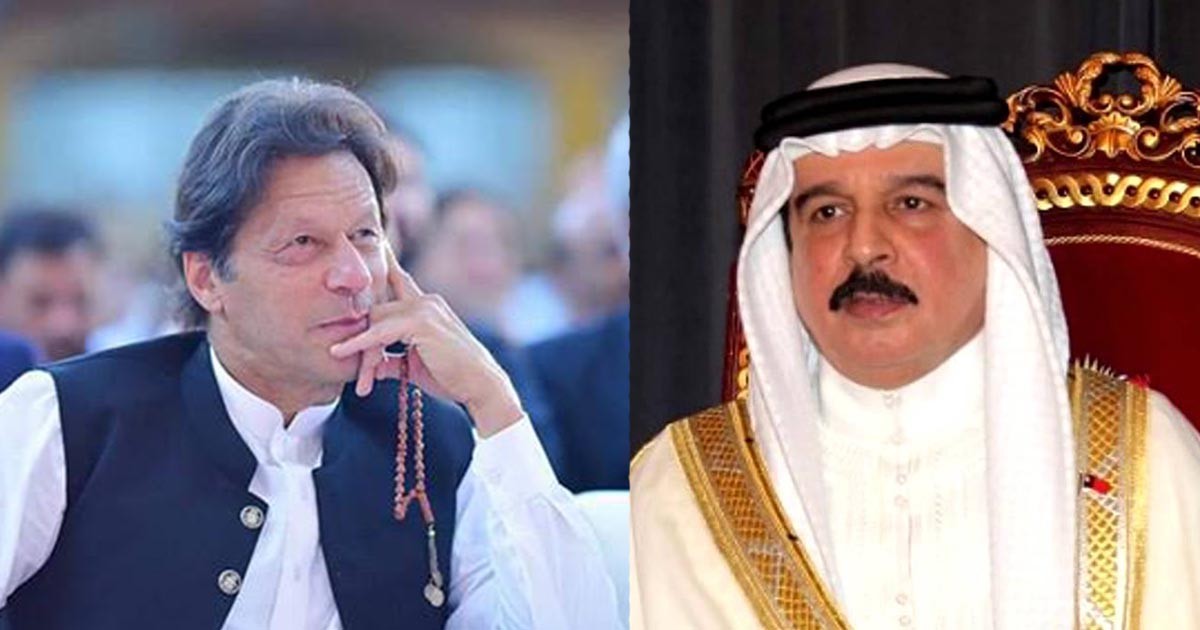 Prime Minister Imran Khan will be conferred with Bahrain’s highest civil award during his upcoming maiden trip to the gulf country.

Special Assistant to Prime Minister for overseas Pakistanis, Sayed Zulfi Bukhari, informed the media that Imran Khan will be honored with King Hamad Order of the Renaissance in a special ceremony. PM Khan will meet his counterpart Khalifa bin Salman Al Khalifa and King Hamad bin Isa Al Khalifa during the ceremony on his trip to Bahrain.

His three-day trip will commence on December 15th during which he will attend the celebrations of Bahrain’s National Day as a special guest.

He will head on to Geneva after Bahrain to attend a conference on refugees.

In Malaysia, he will attend the first Kuala Lumpur Summit to discuss Muslim Ummah’s problem, before returning to Pakistan.

He will be touring Bahrain upon the invitation extended to him by the senior official of Bahrain’s government.

Earlier, Bahrain’s highest civil award has been conferred upon Indian Prime Minister Narendra Modi during his visit in August this year; the same month in which the Indian government had abrogated the special autonomous status of Kashmir.

Bahrain’s highest civil award to PM Modi had erupted furor in Pakistan as people criticized the gulf state for awarding PM Modi despite his antagonistic policies towards Muslims.

The advocates of Prime Minister Imran Khan hailed the news on social media. Now, they expressed gratitude to the government of Bahrain and praised Imran Khan for lifting the stature of Pakistan globally.

2019: Year of glory despite challenges

Despite challenges, Imran Khan continued to capture the world’s attention for his various momentous measures throughout 2019. A retrospective timeline shows Imran Khan’s popularity soared exponentially in the maiden year of a premiership, overcoming obstacles to topple his nascent government.

The award recognized PM Khan’s remarkable initiative of ‘Kartarpur Corridor’, giving access to the Sikh community to visit their sacred sites in Pakistan primarily the Gurdwara Darbar Sahib in Kartapur, the second most sacred site for Sikh community.

Pakistan inaugurated Kartarpur Corridor earlier this month on 9th November. Thousands of Sikh devotees from India and across the world visited Pakistan to attend the ceremony and perform religious rituals.

While addressing the groundbreaking ceremony of the Kartarpur Corridor, Imran Khan stressed he empathized with the Sikh community who had patiently waited for long to visit their most sacred places in Gurdwara Darbar Sahib and Guru Nanak’s Janam Asthan in Kartarpur in the wake of tense India-Pakistan relations.

The Sikh community even vouched for Imran Khan for the Nobel Peace Prize. Similar calls first echoed in February this year, when Prime Minister Imran Khan released the captured Indian Air Force pilot Abhinandan Varthaman as a peace gesture to defuse the tensions between the two countries.

In April, TIME Magazine named him amongst the ‘100 Most Influential People‘ list of 2019.

In March Prime Minister Imran Khan graced the cover of the famous Arab magazine ‘Arrajol’. PM Khan has become the first-ever Pakistani politician and leader to appear on the covers of the magazine.

Special Assistant to the Prime Minister for Overseas Pakistanis Zulfiqar Bukhari aka Zulfi Bukhari revealed that Bahrain will confer its highest civilian award, the King Hamad Order of the Renaissance, on PM Imran Khan.#ARYNews

This year he became the world’s ninth most followed leader on Twitter. The data of his following was released by Spectator Index. The Spectator Index releases an annual list on the popularity of various world leaders, this year Imran Khan has been placed at the ninth spot with 9.4 million followers. And by the end of 2019, the Twitter following of Imran Khan has been expanded to 10.4 million followers.

AFP - 21 September 2021
France has expressed high hopes for kick-starting stalled talks over Iran's nuclear deal. The foreign ministers of China, Russia, Germany, France, and Britain are expected to meet to try to relaunch talks aimed at getting the US back into the nuclear pact.

Fawad Chaudhry says no Indian movie will be released in Pakistan