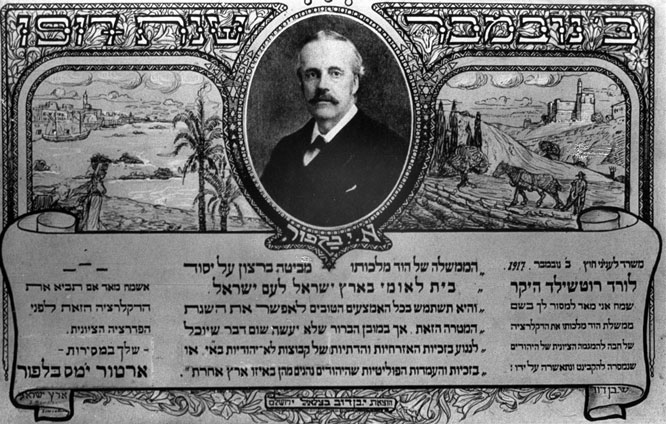 Is this not the international politics most significant coincidence that the Balfour declaration for the creation of Israel was adopted in the same fateful year: November 1917, in which the February and October communist revolutions were taking place in Russia? Coincidences do happen, but sometimes they are orchestrated to look like mere coincidences.

Significance of Oil in International Relations

No informed person can deny the importance of oil for industrial economies, but it is generally assumed in the foreign policy circles that oil took the center stage in international politics after the collective Arab oil embargo of 1973 against the West, when the price of oil quadrupled in a short span of time.

It is a fact that the US became so paranoid after the ’73 oil embargo that it put in place a ban on the export of crude oil outside the US borders (which is still in place) and started keeping 60 days stock of reserve fuel for strategic and military needs.

Direct and indirect control of energy resources played a critical role in international politics since the early 20th century.

More to the point, the view that oil took the center stage in global politics after the ’73 embargo is a mistaken assumption. Direct and indirect control of energy resources played a critical role in international politics since the early 20th century.

The great powers of yore (long ago) first realized the importance of oil during the First World War when Germany’s military capabilities were severely handicapped due to the shortage of fuel for its aircraft’s, ships and mechanized ground forces, such as heavy artillery and armored corps.

Notwithstanding, here is a list of a few sources which will serve as irrefutable evidence to bring home the point that the critical importance of the Middle Eastern oil predates the 1917 Balfour declaration for the creation of Israel:

The location for the creation of Israel was carefully chosen right next to the geostrategically critical Suez Canal through which all the maritime traffic between the Mediterranean and the Indian Ocean passes every day.

After taking a cursory look at this incontrovertible proof, it becomes clear that the establishment of a Jewish homeland in Palestine on religious and historical grounds was merely a pretext for creating a Western outpost in the energy-rich and Arab-majority Middle East. The location for the creation of Israel was carefully chosen right next to the geostrategically critical Suez Canal through which all the maritime traffic between the Mediterranean and the Indian Ocean passes every day.

The fear of Communism

In the fateful year of 1917, the First World War was nearing its end and the communist revolutions were taking place in Russia. The rise of communism in Russia was a unique phenomenon which threatened the industrialized nations and their control over their colonies and the global political and economic order.

Apart from such a contingency, another factor which must have played a role in the thinking of Western military strategists is the appeal of the egalitarian socialist economic system to the masses of the Third World and especially the Arabs. The fact that some rudimentary socialism emerged during the Pan-Arab nationalist movements of the ’60s lends further credence to this hypothesis.

In fact, the Western capitalist bloc became so paranoid about the communist influence in Asia, Africa and Latin America that the US actually nuked Hiroshima and Nagasaki after the Second World War due to the fear that Japan might fall into the hands of the Soviet Union because of the latter’s geographical proximity to Japan.

Moreover, is it not once again a bizarre “coincidence” that the Soviet Union was dissolved in December 1991 and the Maastricht Treaty that laid the foundations of European Union was signed in February 1992? The basic purpose of the EU, it appears, has been nothing more than to lure the formerly communist states of Eastern and Central Europe into the folds of Western capitalist bloc by offering incentives and inducements, particularly in the form of agreements that abolished internal border checks between the European countries and consequently allowed free movement of labor from the impoverished Eastern Europe to the prosperous countries of Western Europe.

No wonder then, the US is as freaked out about the outcome of Brexit as it was during the Ukrainian Crisis in November 2013, when Viktor Yanukovych suspended preparations for the implementation of an association agreement with the European Union and tried to take Ukraine back into the folds of the Russian sphere of influence.

Coming back to the topic, if we look at the case for the establishment of Israel, it was predicated on religious and historical arguments. But both these arguments don’t hold any water because the Zionist Jews are more political than religious, as such, and thousands of years old biblical history is more akin to fairy tales than proper history.

Over the course of next few decades, however, the demographics were changed by shipping hundreds of thousands of East European Jews to Palestine.

Here, we must keep in mind the demographics of Palestine in the 1920s: there were approximately 50,000 Jews; 50,000 Christians; and more than 700,000 Arab Muslims in the areas comprising Israel and Palestine of today. Over the course of next few decades, however, the demographics were changed by shipping hundreds of thousands of East European Jews to Palestine.

Let me clarify here that I am not a Holocaust denier, I do feel sympathy for the European Jews who genuinely were the victims of the Nazi atrocities. But by what logic or norm of justice, Roosevelt and Churchill pledged to compensate the victims of the Europeans at the cost of a third party, which had no business in that whole sordid saga? If A commits a crime against B, B is entitled to get compensation from A, but not from C which is an unrelated party.

As I have contended earlier, that the case for Israel was predicated on two arguments: historical and religious, but neither of those arguments are plausible. International politics is always about inter-state rivalries and the conflict of national interests. The colonial powers wanted to create a Western outpost in the middle of energy-rich and Arab-majority Middle East: a settler colony which shares the values and culture of the Western civilization and which is consequently immune from populist impulses, particularly from the specter of global communism.

With the benefit of hindsight, it appears that the Western powers didn’t need such a settler colony when they have already acquired numerous leased military bases all over the Middle East in which 35,000 US troops are currently stationed to protect America’s ‘strategic interests’ which is a euphemism for ‘energy interests.’

The value of a land-based colony has been further diminished with the advent of modern navies and naval-airpower, especially aircraft-carriers which are like mobile and floating military bases protecting the trade and energy interests of the corporate empire in the international waters, the Persian Gulf and all over the world.

But the nuclear-powered Nimitz-class aircraft-carriers were only a subsequent development (developed in 1975); back in 1917, when the colonial powers conceived the idea of the market-powered, Zion-class aircraft-carrier: the USS Israel, they had little idea that it will become more of a liability than an asset.

The Problem in the European Union

No butter, no cream: Vegan rules at French pastry match