Baloch Superhero who saved over 100 people from imminent death

I did everything for the will of God, a local Quetta guy turned angel for the travelers who were stranded on roads due to extreme weather conditions and probably would not have survived if Suleman had not intervened. His efforts saved more than 100 lives. 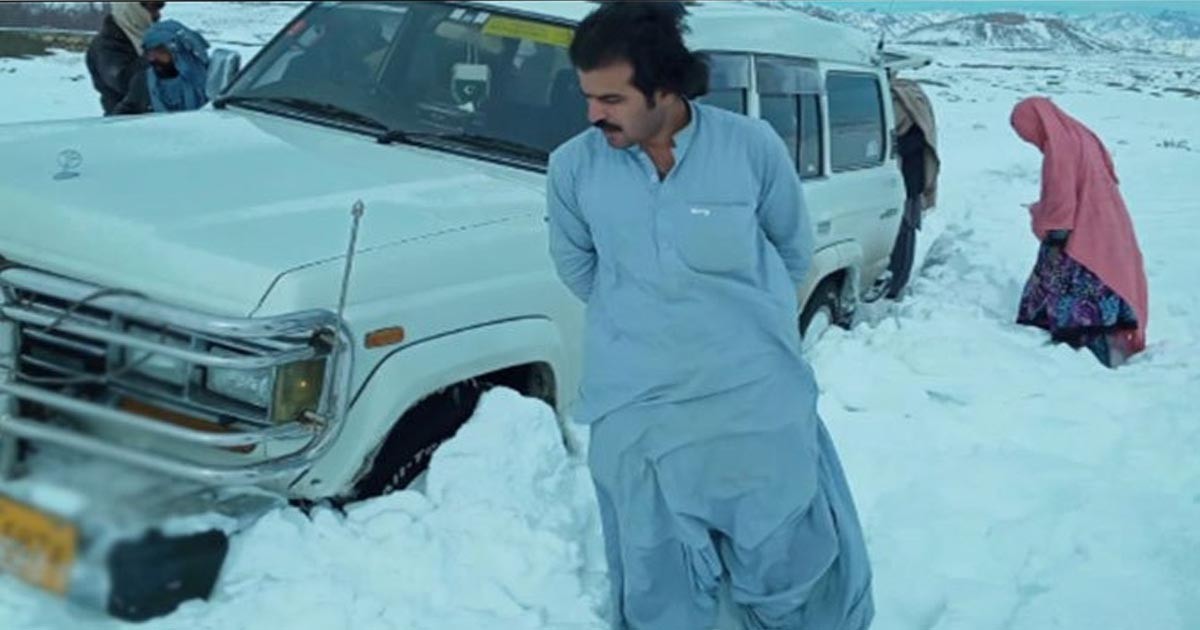 Suleman Khan, a young man from the Kachlak area in Quetta, was hailed as a hero earlier this week after he, in a herculean effort, saved the lives of more than a 100 people stuck on snow-jammed roads in the area.

Three days ago, the Quetta-Zhob highway was shut down due to severe snowfall in the Kachlak, Ziarat Cross, Khanozai, and Kan Mehtarzai areas of the Balochistan province.

Suleman Khan 30،r/o Kuchlak Baluchistan, a Pakistani superhero who rescued more than 100 people stuck in the snow without any help from the authorities. pic.twitter.com/ORUIOWigaa

The situation led to hundreds of cars being stranded on the road, with women, children and elderly passengers left vulnerable in the harsh weather without adequate food supplies or clothing.

Bracing the blood-curdling cold, Khan not only rescued several passengers by driving them to safety in his own car but in a gesture of kindness that has touched the hearts of many across the nation, also opened his home to them for food and shelter.

More than 100 people have been killed across Pakistan over the past three days as landslides, avalanches, and severe cold hit the mountainous areas of the country

The 30-year-old reached the stranded passengers on his Sports Utility Vehicle, a Toyota Land Cruiser, and helped the people to safety and comfort of his home without any assistance from the authorities.

The kindness of Khan, however, knew no bounds, as he also helped get fuel, paid out of his own pocket, to people whose cars had broken down on the road in the severe cold, thereby playing a pivotal role in getting them to safety.

This unsung hero Suleman Khan, a resident of Kuchlak, has rescued around 100 people stuck in #Quetta snowfall on his own. He has provided fuel for the cars from his own pocket and helped pregnant women and sick people by providing food, beds and shelter. 👏🏻 pic.twitter.com/MRU1bS86Kc

One of the people rescued by Khan spoke to the media about the super-human efforts of the kind stranger. “I witnessed Khan rescue more than 100 people out of the snowstorm, including a little girl from a Danish School, who was then safely taken to her area of Khanozai,” said Habib Ullah, a driver who was stuck on the road.

I did everything for the will of God

Khan took the rescued survivors to his home, where he gave them food and provided a place to sleep for the ones who had fallen ill.

“I did everything for the will of God. I saw that people who were stuck by the avalanche and had I not helped them, they probably wouldn’t have returned alive. I had been trying to help them since 2 pm, however, officials arrived around 12 am,” Khan said.

The Kachlak native added, “I tried to give priority to pregnant women, heart patients, and small children when rescuing, and made them stay in my own home, fed them, and gave them a place to sleep.”

Only fertile land of Baluchistan can produce a son like Suleman khan. Our pride https://t.co/0eImmzOe5g

Khan further said that he had been helping people on the National Highway for the last three days. “I also saved a lot of cars, as I tied them to my own car, and dragged them out of the snow,” he added.

More than 100 people have been killed across Pakistan over the past three days as landslides, avalanches, and severe cold hit the mountainous areas of the country. The under-developed regions of Balochistan and Kashmir were hit hardest by the severe weather.