Basant or no Basant: LHC seeks reply from Punjab Govt 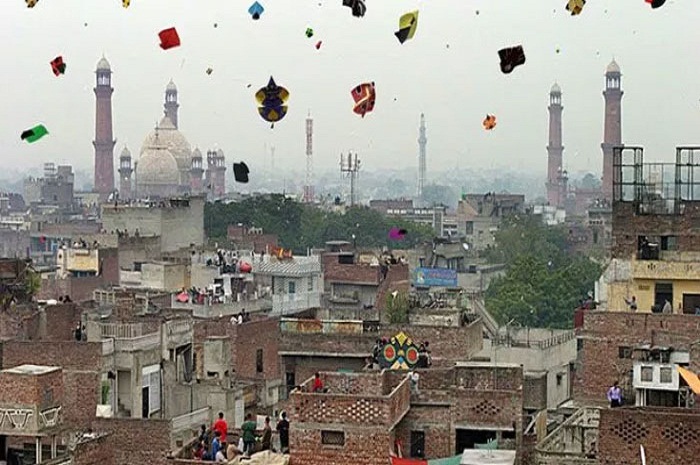 The Lahore High Court (LHC) on Friday (today) has issued notices to the Punjab government and other official respondents on a petition challenging the government’s decision to lift a ban on Basant festival in the province. LHC’s Justice Amin-ud-din Khan heard a petition filed by a citizen Advocate Safdar Shahin Pirzada against the Punjab government’s announcement to celebrate the annual kite-flying festival.

He stated that Basant had been banned after incidents in which people lost their lives because of the sharp metal strings used in kite-flying cut their throats. He said the festival not only resulted in the loss of lives but also caused the loss of billions to public property. The court then directed all the respondents to come up with their respective clause-replies to the petition by Dec 26.

Analysts believe that the festival generates economy and promotes tourism; the need is not to ban the event altogether,

It is pertinent to mention here that Punjab Minister for Culture and Information Fayyaz-ul-Hassan Chohan on Dec 18 had announced the government’s decision of uplifting 12-years long ban imposed on Basant Festival. “This time Lahore’s population will surely celebrate Basant,” Mr. Chohan added.

He said an eight-member committee– comprising the Punjab law minister, the provincial chief secretary, and other administrative officials,– had also been formed to deliberate on how the negative aspects of the festival could be avoided and to suggest ways and means in order to deal with the fallout of the great cultural event.

However, PML-N’s Punjab Assembly member Hina Pervez Butt urged the Chief Justice of Pakistan to take suo muto notice over the decision of the provincial government. Opposition Party in Punjab Assembly criticized the government’s decision and submitted a resolution in the Punjab Assembly Secretariat contending that uplifting ban imposed by Supreme Court is tantamount to committing a contempt of court.

The court then directed all the respondents to come up with their respective clause-replies to the petition by Dec 26.

Supreme Court of Pakistan had banned the festival in 2005 after several incidents of death from slitting of unsuspecting individuals’ throats due to chemical-coated strings used for kite-flying.

Basant, a cultural kite-flying festival during the spring season in Punjab used to be greatly celebrated across the province. While it fascinated the locals and tourists alike, the illegal activities like aerial gunfire and usage of chemical strings ended up in the imposition of ban pertaining to the increase in the death toll.

Analysts believe that the festival generates economy and promotes tourism; the need is not to ban the event altogether, however, precautionary measures should be taken to avoid any unfortunate incidents.

British Airways to resume flights to Pakistan after 10 years