Pakistan's Prime Minister needed a stronger strategy towards India. Pakistan kept calling for peace and India took the message and made its move thinking Pakistan's stance to be non-retaliatory. Pakistan must consider hostile actions if it wants to intimidate India 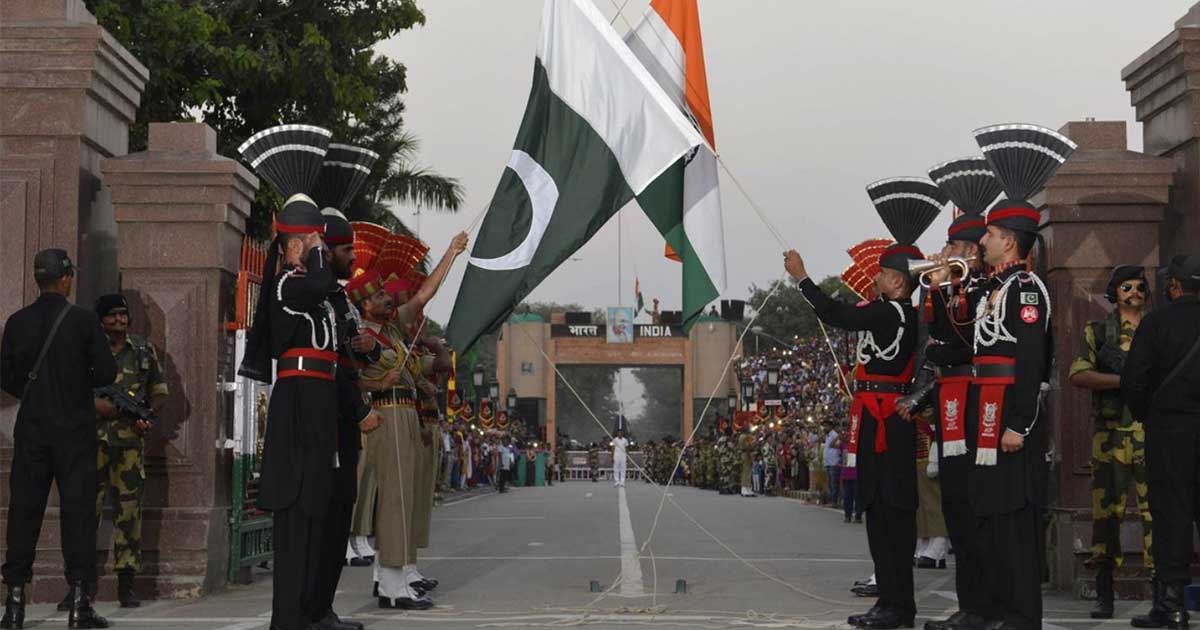 Why is Pakistan informing the world about the human rights violations occurring in Indian occupied Kashmir, when the world reflexively gets informed of news such as Mohsin Dawar’s arrest? Why does the world need reminding about the communications blackout and the caging of the Kashmiris by the Indian government when it quickly finds out if journalism in Pakistan is under an assault when it reflexively elevates Pakistani sell-out journalists to stardom? Why does the world need reminding about the Indian violations of the Fourth Geneva Convention in the occupied Kashmir when it reflexively invokes Responsibility to Protect (R2P) and other such legal fictions to justify interventions and invasions of distant lands?

The world doesn’t pay attention to issues unless it serves its interests. It is almost a cliche now to say that there are no permanent allies in global politics but rather permanent interests only. A case could be made in support of the argument that two of the reasons behind Modi abrogating Article 370 of the Indian constitution are President Trump’s mediation offer and Prime Minister Imran Khan’s relentless peace gestures. Trump’s unorthodox approach could have only accelerated BJP’s final solution for Kashmir. Khan presented just the man Modi wanted in Islamabad to perfect his and the Rashtriya Swayamsevak Sangh’s (RSS) age-old Kashmir annexation urge.

Pakistan needs to scare the Indians and the world. If Pakistan wants the world community, especially the big powers to intervene and push India to back off, then it needs to think about waging a war

For those who may not have heard about the signaling game called Beer-Quiche game, here is a brief description of it: It is about what kind of personality type player A is if he eats quiche for breakfast, compared to player B if he drinks beer for breakfast. Player A would want to fight player B, if he knows that the latter is a wimp (cowardly) but not if he is surly (tough and brave). Player A knows that if player B eats Quiche for breakfast then he is a wimp and a surly if he drinks beer for breakfast. Before making the decision, player A has the opportunity to see if player B has ordered Quiche or Beer.

Modi’s Kashmir move means that India-Pakistan relations have climbed a few rungs of the escalation ladder, heightening the prospects for a limited conflict btw the nuclear-armed nemeses—A single incident could put them on a war footing
By @MichaelKugelman https://t.co/wgudTOVkhC pic.twitter.com/Fr0k3BDws4

Prime Minister Modi, upon winning a landslide election, knew that the moment was ripe for the move. He had seen Imran Khan’s reaction in the wake of the Pulwama attack. When Pakistan shot down the Indian aircraft, capturing Abhinandan Varthaman, Khan returned him sooner than it would take a Pakistani citizen to get out of a lock-up where he/she was locked up even mistakenly. Prime Minister Khan expressed his relentless desire to make peace with India. He continuously sent peace gestures. Then he said that he would wait for Modi to win the election and then he would try to achieve peace with India again. He kept ordering Quiche and Modi was watching. And many of us, including this writer, kept warning Khan to order beer even if he doesn’t drink.

Then came the annexation of Kashmir. The valley has been the world’s most densely militarized zone with close to 900 thousand Indian soldiers deployed. The initial response of Pakistan has been ridiculous. Pakistan asked the United Nations Security Council to do something about it. Did we really forget that this is the same United Nations that couldn’t stop the United States from invading Iraq? Suddenly, everyone in Pakistan started celebrating how the issue of Kashmir has reached the UNSC and that now they are talking about it for the first time in 50 years. Is that our standard of success now?

Read more: India, Pakistan threatened to unleash missiles at each other: sources

As if that wasn’t enough, Pakistan is now taking its case to the International Court of Justice, the judicial organ of the United Nations. Pakistan knows full well that the decision or the opinion of the said court would not be binding and would only be an advisory one. Yet, the laughable celebrations continued.

Why is the world’s conscience appealed to? The harsh truth is that the world doesn’t pay attention to good guys, it pays attention to mean guys. It doesn’t get concerned with peaceful protests but rather when a deadly war is looming. Here is a little perspective in support of this argument: When the Pulwama attack happened, India continued to threaten Pakistan. It then went ahead and attacked Pakistan and proudly claimed credit for it, falsely claiming to have killed over 360 terrorists. Pakistan’s laughable reaction was to expose New Delhi’s lies instead of having the spine to retaliate against that attack. Not a single nation until that point had asked to cool things down or de-escalate. All calls of de-escalation started pouring in AFTER Pakistan shot down the Indian aircraft and captured the pilot, one Abhinandan Varthaman.

Pakistan needs to scare the Indians and the world. If Pakistan wants the world community, especially the big powers to intervene and push India to back off, then it needs to think about waging a war. Otherwise, the highest civilian awards and massive business as well as military deals signing with leading terrorist states of the world, such as India and Israel, is the norm in global politics. Pakistan needs to think about strength, not friends.

Previous articleIndian Army Wages Wars against its own People: Arundhati Roy
Next articleHow a Startup Succeeds No Matter the Industry

29 July 2021
Previous articleIndian Army Wages Wars against its own People: Arundhati Roy
Next articleHow a Startup Succeeds No Matter the Industry

US wants UN to take up Dalai Lama succession: envoy