Benazir Bhutto Leadership Program at Harvard: Who is putting the bill?

Weatherhead Center for International Affairs, at Harvard University, in Massachusetts United States, has joined with ClassACT co-sponsors to launch Benazir Bhutto Leadership Program at Harvard University. A first day long session of this program was organized on Dec 5, 2016 with the question: “What would Benazir do today?”

Read more: ClassACT co-sponsors major assembly with Weatherhead Center for International Affairs to ask, “What would Benazir do today?”

This day long seminar, was convened by Jacqueline Bhabha, Professor of Health and Human Rights at the Chan School of Public Health and was attended by several members of Bhutto’s Haravard Class of 1973. It was described as a “day long investigation of what it means to lead in the Muslim world now and what Benazir Bhutto would have been able to do today as Pakistan’s prime minister. 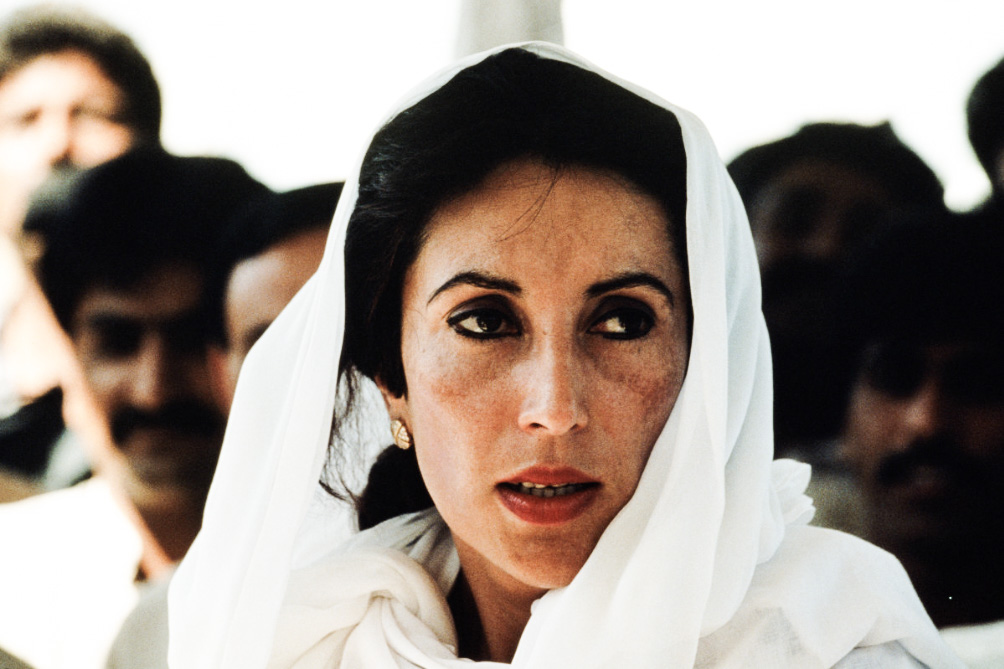 Leading in the Muslim World: What Would Benazir Do Today? Join @ClassACTHR73 for a daylong assembly on Dec. 5: https://t.co/0IVSaOG5zn pic.twitter.com/OKy0BaQn1U

ClassAct has launched this initiative with the help of Weatherhead Center at a time when Benazir’s son, Bilawal Zardari Bhutto, is making robust efforts to establish himself in Pakistani politics. This almost coincided with PPP’s “Yom-e-Tasees” or ‘Foundation Day’ organized on a grand level in Lahore, Punjab, between Nov 30 and Dec 6. Key members of PPP Sindh, including Chief Minister Murad Shah, Nisar Khurro and many others were found in Lahore for events and meetings called by Bilawal himself.

Pakistan People Party (PPP) has been so severely marginalized in the politics of Punjab that few in Pakistan now remember that it was a party founded by young firebrand Zulfiqar Ali Bhutto, in Lahore in 1967. Its initial members were left of the center intellectuals, writers, journalists and labour unionists. Almost all of them were influenced by Marxist ideas of the day flowing out from both Soviet Union and Mao’s China. But first under ZA Bhutto’s rule between 1972 and 1977 (when he struck political deals with old entrenched feudal classes of Punjab and Sindh) and later under the oppressive politics of military dictator Gen. Zia, PPP transformed itself from a center left to center right political force. Benazir’s legendary home return in 1986 was possible with Washington’s persuasion. Unlike her father – ZA Bhutto – She followed Washington consensus and later, after getting married with Asif Ali Zardari, earned a stinking reputation for corruption and financial abuse of political office.

Politics of Punjab is now being held by Nawaz Sharif’s ruling PMLN and its main opposition, Imran Khan’s PTI. A new younger generation of Punjabis has overgrown the romance of ZA Bhutto. Someone who is now 26 was only born in 1990, he or she was 11 years of age at the eve of 9/11 when the politics of world and region changed. This generation’s ideas has been shaped by events since then. Corruption of political office has now become a huge issue in the minds of this younger generation of Pakistanis. This may explain the negative reactions of many on newspaper comment sections and on social media.

Class ACT – Harvard 1973 describes itself as the Harvard Class of 1973 of which Benazir Bhutto was a part. It defines its goal to build bridges between socially responsible projects needing help, and helpers looking to aid projects. Many of the original 1973 classmates have started or joined significant nonprofit enterprises over the years, and many have served in volunteer capacities for social change. ClassACT is their effort to take it across the world. 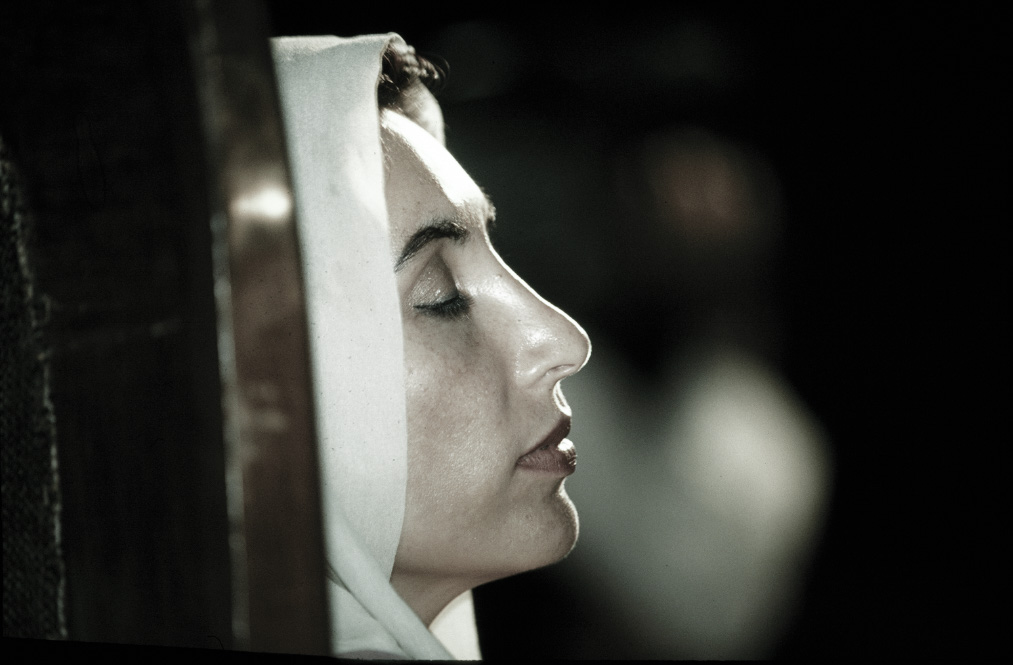 ClassAct-1973 describes on its website that: “it considers itself unique in having included the first woman prime minister of a Muslim country, Benazir Bhutto, who was assassinated when she returned to Pakistan from exile in 2007” And it argues: “ Because ClassACT’s purpose is to bring together Harvard-Radcliffe ’73 classmates to address important local, national and international issues by initiating change, our initial Class Act is to establish a program to honor our classmate Benazir Bhutto by creating a network of leaders who can bring positive change to troubled parts of the world”

Benazir Bhutto Leadership will be comprised of several components including a fellowship at the Harvard Kennedy School, a mentoring program between members of 1973 class and Fellows and Associates at the Kennedy School and elsewhere at Harvard, and an educational outreach initiative. ClassAct-1973 argues that in some Islamic countries there is a distressing convergence of violence and terrorism on the one hand with inadequate support for the rights of women on the other. Therefore, the Bhutto Leadership Program will aim first for women applicants from a cluster of Islamic countries from Lebanon to Bangladesh. The Fellows will be expected to return to their home countries and to apply what they have learned through leadership in politics, or public or private administration, that will lead to principle- based change. However this aspect of “principle based change” under the title of Benazir Bhutto is something which is bound to irritate many not only in Pakistan but around the world who have followed the politics of Benazir Bhutto with her trails of corruption and unprincipled political compromises; even in the last years of her politics she struck the infamous ‘National Reconciliation Ordinance (NRO) with the military government of Gen. Musharraf to get rid of old corruption cases and to facilitate a smooth political entry into Pakistan though she was only living abroad across New York and Dubai in self-exile and had no legal restrictions placed on her by the Musharraf regime. The critical obituary written by noted author and respected South Asia expert, William Darlymple three days after her assassination on 30th Dec, 2007 is worth a read.

While almost all Pakistani print and electronic media has given prominent coverage to this story but none has questioned that who is financing this Benazir Bhutto Leadership Program? It is widely known that western universities are open to all kind of academic programs and chairs but for that Universities demand huge financial contributions that are not only initial seed money but often run into millions of dollars each year. It is because of these cost issues that government of Pakistan has been unable to support many potential programs on Pakistan at key universities for instance one is suggested at London School of Economics.

All of the information available on the Leadership Program fails to explain the costs of this initiative and that who is financing this program at Harvard at this point in time when Bilawal Bhutto is trying to resurrect himself in the politics of Punjab, Pakistan. The Advisory Board, for the Benazir Bhutto Leadership Program still in formation, includes Sanam Bhutto, Kimball Chen, Sen. Al Franken, former Ambassador Peter Galbraith, Kolinda Grabar-Kitarovic, President of Croatia, and former Lieutenant Governor Kathleen Kennedy Townsend.

Necrophilia in Pakistan – an urgent need to rethink laws!

Why the nation needs to cool down the political temperature in Pakistan?

Do courts have authority to punish people for judicial contempt?