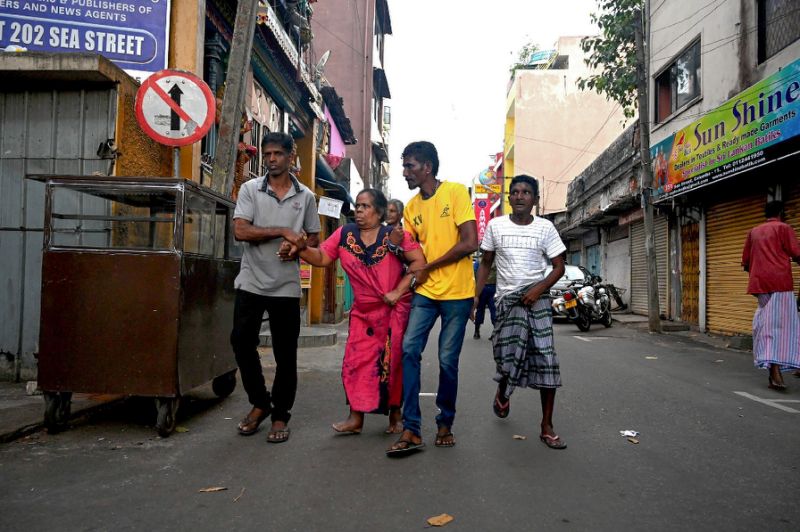 A “big-hearted” technician who was visiting Sri Lanka for work was among at least four Americans killed in the Easter attacks on churches and hotels, his employer said Monday. Dieter Kowalski, who worked for British educational and publishing company Pearson, wrote a final Facebook posting as he flew out Friday from his base in Denver.

“And the fun begins. Love these work trips. 24 hours of flying. See you soon Sri Lanka!” wrote the 40-year-old Wisconsin native. In a message to employees, Pearson CEO John Fallon said that Kowalski had just arrived at his hotel in Colombo on Sunday when he was killed in one of a series of coordinated explosions.

Trump tweeted that he told Wickremesinghe that “the United States stands by him and his country in the fight against terrorism.”

Kowalski had planned to spend a week in Colombo to work on technical issues with local engineers, with whom he had become “good friends” after a previous trip, Fallon said. “Colleagues who knew Dieter well talk about how much fun he was to be around, how big-hearted and full-spirited he was,” Fallon wrote.

Read more: Sri Lanka blasts: what we know so far

Kowalski would take up “our ugliest and most challenging of engineering problems” and help fix them “with joy, happiness and grace,” he wrote. “We’re angry that a good man, who took simple pleasure in fixing things, has been killed, along with many others, by evil men and women who know only how to destroy.”

Among other victims, Sidwell Friends, an exclusive private school in Washington, said that a fifth-grader, who would be around 10 years old, was killed. Student Kieran Shafritz de Zoysa had been on leave from the school and living in Sri Lanka, principal Mamadou Gueye wrote in a letter to parents.

Dieter Kowalski, who worked for British educational and publishing company Pearson, wrote a final Facebook posting as he flew out Friday from his base in Denver.

He said the school would speak to children Tuesday and discouraged parents from letting children discuss their classmate’s death over social media or through group chat, fearing it can “sensationalize something very serious and personal.”

Sri Lankan authorities said that a radical Islamist group carried out the attacks on hotels and churches, which killed nearly 300 people, including 37 foreigners. A State Department official said Monday that at least four Americans were among the dead, with several others seriously injured.

President Donald Trump and Secretary of State Mike Pompeo both said that they had telephoned Sri Lankan Prime Minister Ranil Wickremesinghe. Trump tweeted that he told Wickremesinghe that “the United States stands by him and his country in the fight against terrorism.”

Polling begins to elect the 13th president of Pakistan

PCB cancels all PSL-5 matches due to coronavirus