Blasphemy and exploitation by religious extremists 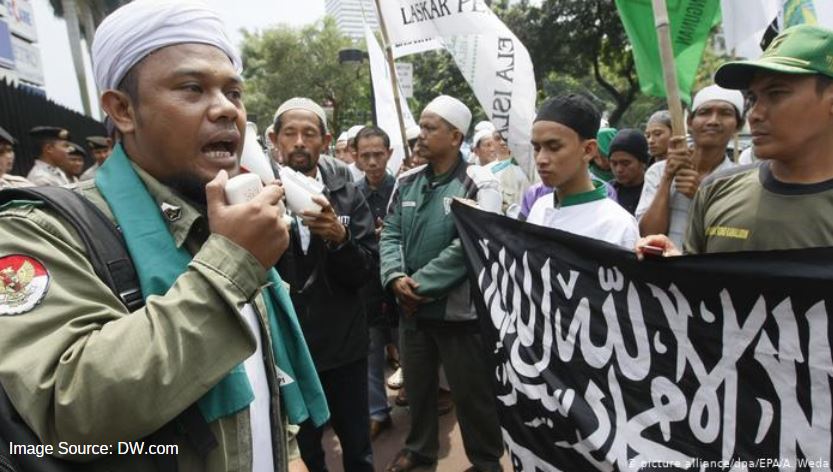 It’s very regretful to pass unjust comments regarding the Supreme Court (SC) Of Pakistan’s judgment about Asia Bibi case without getting into the details of the matter. I being a true Muslim can not bear the disrespect of Our Holy Prophet/an act of blasphemy but is it right to give everyone the right to kill anyone by just on the basis of doubt of blasphemy.

Asia Bibi was convicted in 2010 for allegedly insulting the Prophet Muhammad and has been in solitary confinement for the past eight years. Chief Justice Saqib Nisar, who gave the verdict, said Ms. Bibi could walk free from jail immediately if she was not wanted in connection with any other case.

Protests also broke out in Islamabad and Lahore soon after the ruling was announced. This is not the first instance in which Ms. Bibi’s case has attracted mass controversy.

Asia Bibi is a 47-year-old farm laborer and mother of five from the Punjab Province. Ms. Bibi was involved in a row with other Muslim farm workers after they refused to drink from a bucket of water she had touched because she was not Muslim. When they demanded she converts to Islam, she refused, prompting a mob to later allege that she had insulted the Prophet, Muhammad.

At the time, Asia Bibi said the case was a matter of women who didn’t like her “taking revenge.” Under the Pakistani penal code, the offense of blasphemy is punishable by death or life imprisonment.

In 1860 under British Raj law, it became a crime to disturb a religious assembly, trespass on burial grounds, insult religious beliefs or intentionally destroy or defile a place or an object of worship, punishable by up to 10 years in jail.

Read more: Why the corrupt use of the Blasphemy law undermines all

During the 1980s as Islamic influence in Pakistan grew, the law was expanded to include making derogatory remarks against Islamic personages, an offense. Since 1987, a total of 633 Muslims, 494 Ahmedis, 187 Christians and 21 Hindus have been accused under various clauses of the blasphemy law, according to the National Commission for Justice and Peace (NCJP).

Pakistani politicians have made efforts to amend the blasphemy laws. In 2010, Sherry Reman of Pakistan’s People’s Party (PPP) introduced a private bill with the intention of changing procedures of religious offenses so that cases would be heard directly by the higher courts. The bill was withdrawn in 2011 following pressure from religious forces and some political opposition groups.

It says 62 people have been killed for blasphemy since 1990 “even before their trial could be conducted in accordance with the law”, and mentions the lynching of Mashal Khan at Mardan University as the latest example.

Whilst public support for Pakistan’s blasphemy laws is strong, elsewhere the laws have attracted intense criticism. Prior to the verdict, Islamist movement Tehreek-e Labbaik had threatened to take to the streets in protest if Ms. Bibi was released. Protests also broke out in Islamabad and Lahore soon after the ruling was announced. This is not the first instance in which Ms. Bibi’s case has attracted mass controversy.

In 2009, politician Salman Taseer was shot dead by his own bodyguard, Mumtaz Qadri, after he spoke out in support of Ms. Bibi openly. Although Qadri was executed after he turned himself into the police, many hardline Muslims held him as a martyr. Shahbaz Bhatti was also murdered regarding Asia Bibi’s case. Accusations of blasphemy have often led to mob violence against Christians by militant Islamists.

I have some questions to ask from all the commentators; who has himself investigated the issue before passing any comment? Who has known Asia Bibi personally? How many have you read the SC 56 paged Judgement? What has the Holy Prophet (PBUH) said about a piece of news before conveying to someone other? Who has given right to publicly abuse and kill anyone? How many of you know the fundamental rights of the 1973 Constitution for a citizen and the article of the constitution that deals with blasphemy? Why we are always be exploited by certain extremist religious groups? If you are not happy with a certain person then why are you hurting others by vandalism & blocking roads? Why do you want to kill Chief Justice, Army Chief & PM of Pakistan, would their deaths solve the matter?

I have some other questions too but by causing miseries to our fellow beings will we be satisfied? If u do not like SC judgment then you should go for re-appeal in SC rather than causing harm to humanity.

Do you know the biggest quality of Our Prophet Muhammad (SAW) was that he used to forgive even his worst enemies? We have to follow in the footsteps of Our Prophet (PBUH).

The first 11 pages of the main 34-page judgment, penned by Chief Justice Nisar, read like a tutorial: what constitutes blasphemy; why it ought to be punished with death; why Pakistan incorporated laws to punish blasphemy; and how Pakistan inspired the 2009 United Nations resolution that declared defamation of religion as a violation of human rights. It quotes copiously from the Quran and the Prophet’s tradition to establish sanctity. But it then goes on to discuss “another aspect of the matter”, which is that “sometimes, to fulfill nefarious designs, the law is misused by individuals leveling false allegations of blasphemy”.

It says 62 people have been killed for blasphemy since 1990 “even before their trial could be conducted in accordance with the law”, and mentions the lynching of Mashal Khan at Mardan University as the latest example. The order also underlines the Prophet’s attitude toward other religions.

In a separate 21-page note penned by Justice Khosa, he quotes from what is known as St Katherine’s Covenant to establish how the Prophet (PBUH) guaranteed protection to Christians in the Islamic state.

Do you know the biggest quality of Our Prophet Muhammad (SAW) was that he used to forgive even his worst enemies? We have to follow in the footsteps of Our Prophet (PBUH). I am not saying that Asia Bibi is guilty or not but it’s Court’s and state’s duty to decide it. I respect everyone’s emotions and if someone is hurt, I am sorry for that, but we have to think critically and at the end, I mention a Hadith of Holy Prophet (PBUH):

“Beware! Whoever is cruel and hard on a non-Muslim minority, or curtails their rights, or burdens them with more than they can bear, or takes anything from them against their free will; I (Prophet Muhammad) will complain against the person on the Day of Judgement.”(Abu Dawud)

Dr. Zeeshan Khan is a medical doctor by profession, a content writer, freelance writer, certified trainer, and Poet. He is a motivational speaker, Cultural-cum-Political Analyst, and columnist and has written for a number of English and Urdu dailies like Dawn, Express Tribune, The Business, The Educationist and Roznama Pakistan etc. He is also Alumni of LUMS and  Winner of all Pakistan Ubqari story Writing Competition. The views expressed in this article are author’s own and do not necessarily reflect the editorial policy of Global Village Space.

Congress manifesto: Cooperation with Pakistan & relaxation of laws in Kashmir

US and India sign BECA, putting Pakistan in a vulnerable position