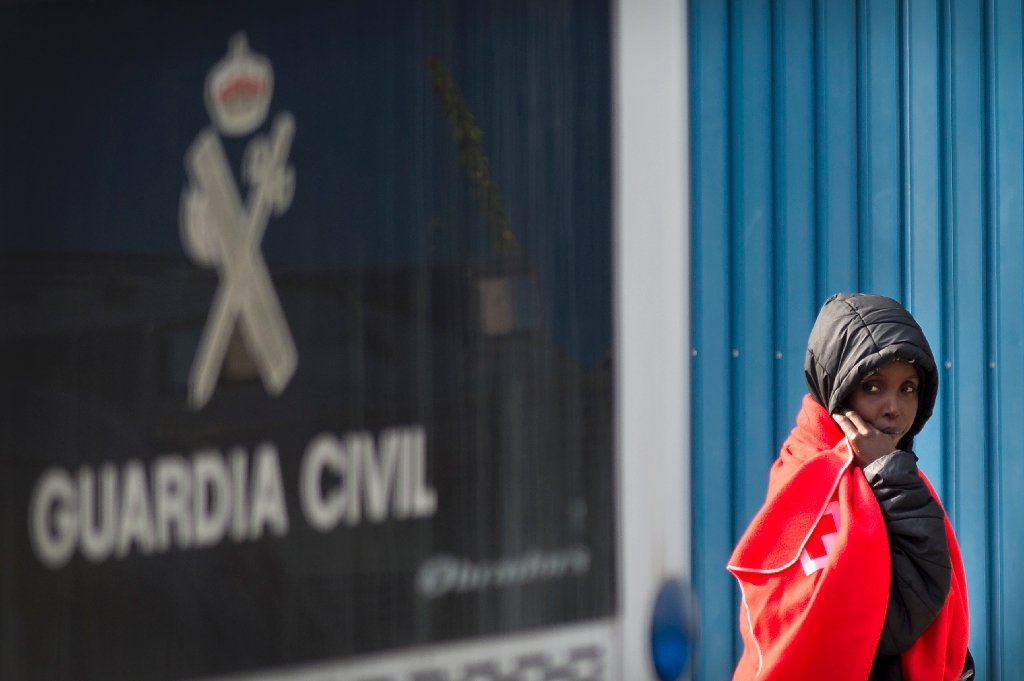 A charity rescue vessel carrying 311 mainly African migrants plucked off Libya docked in Spain on Friday, ending a traumatic journey which saw them spend Christmas at sea and several European nations denying the ship entry. The migrants cheered and applauded as the vessel docked in the port of Crinavis near the southern city of Algeciras.

Proactiva Open Arms, the Spanish charity which runs the Open Arms vessel carrying the migrants, feted the arrival with a “Mission accomplished” tweet. The migrants come from 19 different countries, including Somalia, Syria and the Ivory Coast. More than a third of them, 139, are minors.

Malta too has been increasingly unwilling to host rescue vessels. “Your rhetoric and your message will, like everything in this life, end,” Camps told Salvini on Twitter earlier.

By early afternoon all of the migrants had disembarked from the boat and received clothes and food, as well as medical tests if required, from Red Cross officials. Women and children left the boat first. “They are in good health in general,” said Inigo Vila, who is in charge of emergencies for the Red Cross in Spain.

Police will identify the migrants before moving them to shelters. The migrants were rescued on December 21 from three vessels but were denied entry by Italy and Malta. Libya, France, and Tunisia did not respond to Proactiva Open Arms’ requests for permission to dock, Madrid said.

On Saturday, a newborn baby and his mother were helicoptered from the boat to Malta, while 14-year-old suffering from a serious skin infection was taken to the Italian island of Lampedusa.

Photos and videos posted by the charity showed the rest of the rescued migrants celebrating Christmas at sea listening to music and singing. Some children wore red Santa hats as they huddled together on the small ship.

“We are talking about lives in danger, of people who need help. And it is really deplorable to have to travel for eight days at sea to take them to a safe port when international rules say to go to the nearest safe port,” said Proactiva Open Arms founder Oscar Camps.

Spain meanwhile has become Europe’s main entry point for migrants this year, overtaking Greece and Italy. More than 56,000 migrants have arrived in Spain by sea this year, and 769 have died trying, according to the IOM.

Proactiva Open Arms operates in the sea between Libya and southern Europe, coming to the aid of migrants who get into difficulties during the crossing from northern Africa. This was the first time since August that Spain has allowed a charity rescue ship to dock and unload migrants in the country.

The Open Arms resumed its Mediterranean patrols off the Libyan coast in late November, along with two other boats run by migrant aid groups. It suspended its missions in August, accusing governments and hardline Italian Interior Minister Matteo Salvini by name of “criminalizing” migrant rescue charities.

Salvini has denied the groups access to Italy’s ports, accusing them of acting as a “taxi service” for migrants. Malta too has been increasingly unwilling to host rescue vessels. “Your rhetoric and your message will, like everything in this life, end,” Camps told Salvini on Twitter earlier. “But you should know that in a few decades your descendants will be ashamed of what you do and say.”

The UN Refugee Agency (UNHCR) meanwhile said Friday it was “concerned” for 32 migrants rescued by German NGO Sea Watch off the coast of Libya on December 22 and called for “their timely disembarkation at a nearby safe port”. Sea Watch’s ship was on Friday also looking for a boat carrying around 75 migrants which the Italian coastguard said was in distress off Libya, but has so far failed to find it, a spokeswoman from the charity said.

The Libyan coastguard refuses to speak to Sea Watch and it was not clear if the migrants have already been rescued or if it was a false alarm, she added. More than 1,300 migrants have perished trying to reach Italy or Malta since the beginning of the year, according to the International Organization for Migration (IOM).

That makes this stretch of the Mediterranean the most deadly for migrants attempting to cross to Europe. Spain meanwhile has become Europe’s main entry point for migrants this year, overtaking Greece and Italy. More than 56,000 migrants have arrived in Spain by sea this year, and 769 have died trying, according to the IOM.