Boeing in trouble after crash in Iran: But was it engine failure?

The latest tragic plane crash involving another Boeing aircraft adds to the travails facing the company after its 737 MAX was grounded nearly a year ago following two deadly crashes. Investigators are still unsure of the exact reason behind the crash but Iran's initial probe has said that the plane was on fire immediately before the crash - however speculations continue. 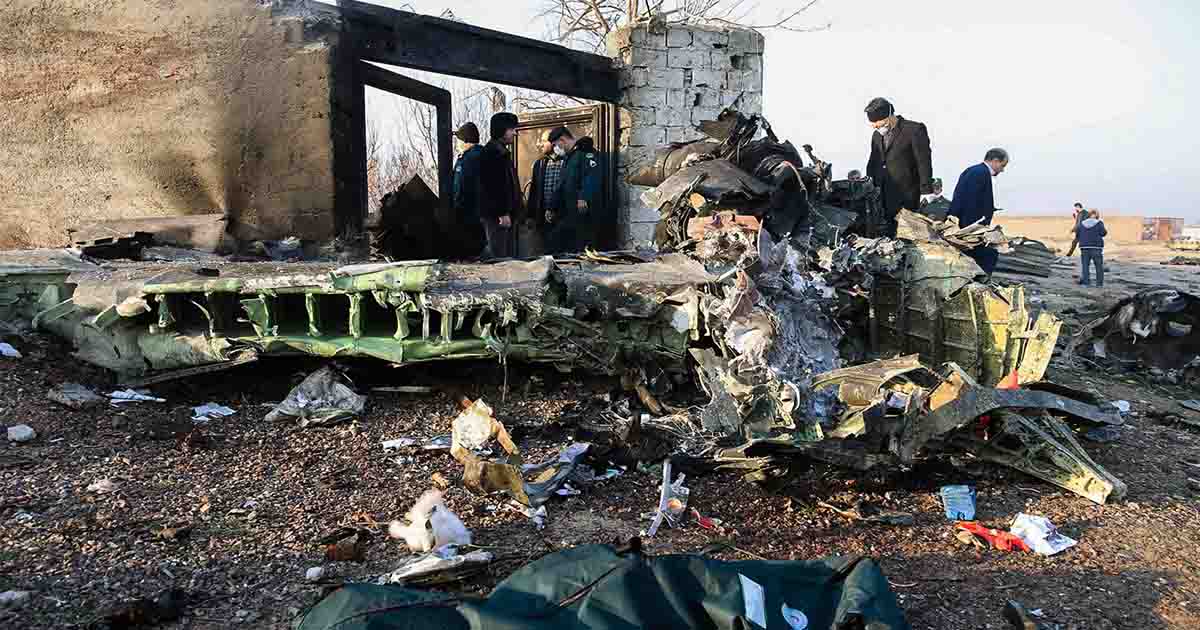 As investigators scramble to determine what caused a Boeing 737-800 to crash early Wednesday, the plane’s maker is grappling with another catastrophe after its 737 MAX was grounded nearly a year ago following two deadly crashes.

Details were limited Wednesday about the crash of a Ukraine International Airlines plane, a Boeing 737-800, near Tehran that killed 176 people. Yet the latest bad news involving a Boeing plane weighed on company shares, which finished Wednesday’s session down 1.8 percent at $331.37.

The catastrophe comes as Boeing battles to restore its image, after two lethal crashes in five months exposed the company to withering criticism over its handling of the crisis and prompted the worldwide grounding of its 737 Max in 2019. That emergency has cost Boeing more than $9 billion and led to the firing of Boeing CEO Dennis Muilenburg only weeks ago. .

Paul Njoroge of Canada, who lost his family in the Ethiopian Airlines MAX crash, said the UIA crash “brought a chill in my entire body” as he recalled the MAX crash of March 2019. “The 737-800, the predecessor to the 737-MAX… has been seen to be reliable over the years,” Njoroge said in a statement released by his law firm.

“However, any in-built technical issues cannot be tolerated. Could the crash be tied to the crippled culture within Boeing? That is a hypothesis that should be analyzed.”

Watch: Wreckage from the Ukraine International Airlines airliner burns after it crashed soon after taking off from Tehran’s Imam Khomeini airport. All 176 passengers are reported dead. https://t.co/ate2CQUv4e pic.twitter.com/lZDR0UruXU

Cause of crash unknown

However, aviation analysts stressed that the two planes are different models and the crashes should be considered separately. Richard Aboulafia of the Teal Group, a research consultancy focused on aviation and defense, said the UIA crash is “tragic and the optics aren’t good” for Boeing but the 737-800 model has an excellent record.

The airline said the aircraft involved in the crash was built in 2016 and had been checked only two days before the accident. It was Kiev-based UIA’s first fatal crash. There was no immediate indication of foul play and Ukrainian President Volodymyr Zelensky warned against “speculating” on the cause of the disaster.

A statement posted on the website of the Ukrainian embassy in Iran initially said the crash was caused by an engine malfunction and ruled out an act of terror. But it was later edited to say that all information will now be provided by an official commission.

Aboulafia said early statements blaming the crash on technical difficulties reflected “an unbelievable degree of unprofessionalism” since they did not have access to the plane’s black box or pilot communications.

Scott Hamilton of Leeham News said reports linking the UIA crash to the MAX crisis “are irresponsible,” adding that the 737-800 model is “a highly reliable aircraft with thousands in service around the world.”

While I am not an aviation expert, but these photos (if they are not doctored) from the #Ukrainian Airlines crash site in #Iran raise some questions: was it an accidental shootdown? pic.twitter.com/7jRI9D77m8

Citing a 2018 Southwest Airlines incident in which an engine exploded, killing a passenger, Hamilton said the plane’s engine “has a history of uncontained failures that must be considered.”

Hostilities between Washington and Tehran could impede the probe, which comes as President Donald Trump vowed additional sanctions on Iran following Iranian missile strikes against US forces in Iraq, which was in retaliation for Washington’s killing of an Iranian general.

Under a protocol governing international aviation investigations, Iran should lead the review. But the country that manufactured the aircraft and the country of the airline that operated the plane also should have representatives involved in the probe.

Normally the US National Transportation Safety Board, the body charged with investigating air accidents, would be involved, as Boeing is based in the United States, and likely would rely on experts from the manufacturer.

The NTSB is monitoring developments around the crash and “following its standard procedures for international aviation accident investigations, including long-standing restrictions under the country embargoes,” an NTSB spokesman said.

“As part of its usual procedures, the NTSB is working with the State Department and other agencies to determine the best course of action.” US Secretary of State Mike Pompeo pledged “complete cooperation” with the probe in a statement that did not mention Iran directly.

Boeing called the crash a “tragic event” on Twitter and said, “we are ready to assist in any way needed.” A US official said, “the US would have to be invited by the Iranians to participate.”

The head of Iran Civil Aviation Organization, Ali Abedzadeh, said that, while the Ukrainians were free to participate in the probe into the crash, “we will not give the black boxes to the manufacturer (Boeing) and the Americans,” according to the Mehr News Agency.

Previous articlePervez Musharraf’s appeal against Special Court’s verdict: Will he walk free?
Next articleI am not using drugs, its a disease: Justin Bieber

29 July 2021
Previous articlePervez Musharraf’s appeal against Special Court’s verdict: Will he walk free?
Next articleI am not using drugs, its a disease: Justin Bieber

Five things that have gone wrong for Manchester City