Boeing is back with a boom with its F-15QA fighter, the most advanced version of the jet ever manufactured. F-15QA made a spectacular takeoff and pulled 9Gs on its very first flight. With some game-changing capabilities like the best-in-class range and payload, this fighter craft offers serious competition to F-16s. Read this story for detailed features of one of the most advanced fighter jets ever produced 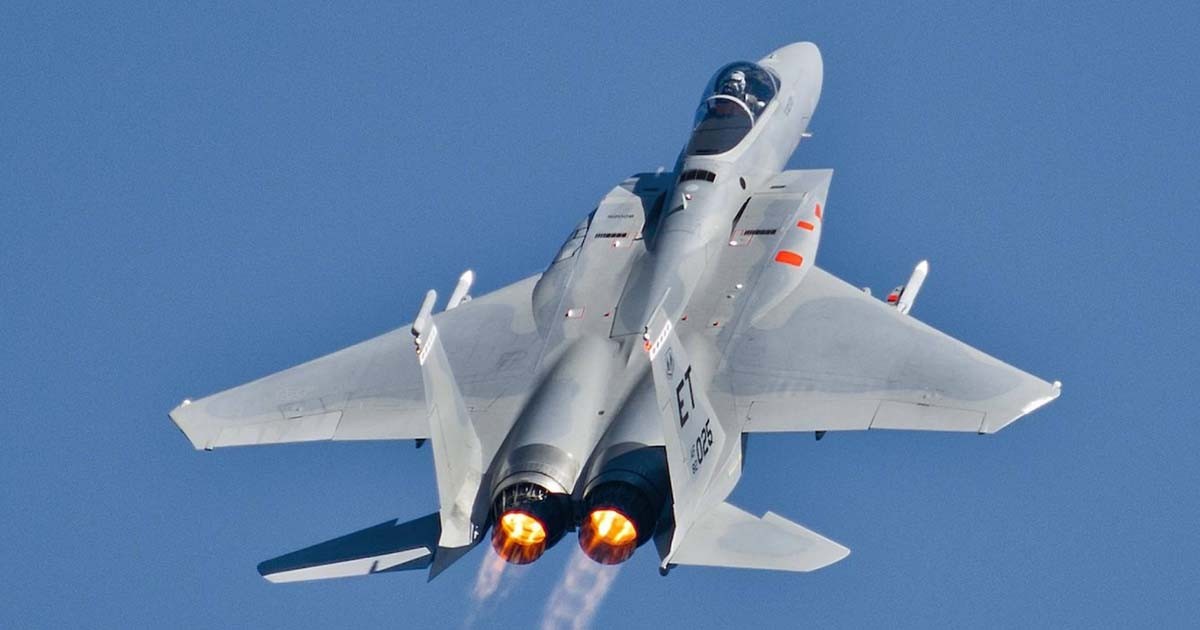 The Defense Department awarded Boeing a $6.2 billion contract in 2017 to manufacture 36 F-15QA fighter jets for the Qatar Emiri Air Force (QEAF), with plans to start delivering the aircraft starting in 2021, according to Boeing.

Boeing has so far produced around 1,198 F-15’s for different countries. With this latest induction, Qatar is about to join the elite club of F-15 Eagle users:

Derived from the F-15SA, or “Saudi Advanced,” variant for Saudi Arabia, Boeing is billing the F-15QA as the most advanced production version of its F-15 Eagle series to date.

According to David Donald from Aviation International News, Boeing flew the F-15QA for the first time on April 14. The aircraft is the first of 36 ordered by the Qatar Emiri Air Force (QEAF) in a $6.2 billion Foreign Military Sales contract placed with Boeing in 2017. Additionally, the company received a contract in 2019 for the training of F-15QA aircrew and maintenance technicians. The first aircraft is due for delivery in 2021.

For Qatar, the first flight of the F-15QA is a major milestone on its path to dramatically modernize and expand the QEAF’s airpower capabilities. The commander of the wing that will operate the QEAF’s Eagles, Colonel Ahmed Al Mansoori, said “We are very proud of this accomplishment and looking forward with great excitement to the continued successes of this program. This successful first flight is an important milestone that brings our squadrons one step closer to flying this incredible aircraft over the skies of Qatar.”

The F-15QA has taken flight for the first time. This fighter is the most advanced version of the undefeated #F15 and was built for @MOD_Qatar’s Qatar Emiri Air Force.

Although the basic F-15 design has been around for nearly five decades, the Eagle has been considerably improved in recent years through a string of important export sales. The QA is the latest iteration of this development path, and the most advanced. It is based on the F-15SA that is in production for Saudi Arabia, and has the same fly-by-wire flight control system introduced by the Saudi version. It also has Raytheon’s APG-63(V)3 AESA radar, Lockheed Martin AAS-42 Tiger Eyes infrared search and track system, a redesigned internal wing structure, and two additional wing hardpoints that allow it to carry up to 16 AIM-120 AMRAAM air-to-air missiles.

According to Boeing, “future plans” could see the Air Force procure as many as 144 F-15EX aircraft in the coming years.

The F-15 is a twin-engine fighter jet capable of extremely high speeds and altitudes, while the F-16 is a less powerful but more maneuverable single-engine fighter aircraft.

The F-15 is considered one of the most successful and formidable fighter aircraft ever built, with over 100 aerial dogfight victories and zero dogfighting losses. It can operate in all weather conditions, carry a variety of air-to-air and air-to-surface weapons, and is armed with an M61 Vulcan Cannon.

The F-16 is a cheaper, lighter, slightly less powerful aircraft, but was designed with an emphasis on ease of maintenance and maneuverability. Originally intended as an air superiority day fighter, it has become a versatile all-weather, multi-role aircraft and has the same M61 Vulcan Cannon as the F-15.

This order by the Qatari armed forces is part of an estimated $21.1 billion sale of 72 F-15QA aircraft, which the U.S. government approved in late 2016. This sale includes aircraft, weapons, training, and ground support.