BoI Chairman Haroon Sharif has resigned from his post saying the new economic team and talks with IMF put his work on the back burner. On the other hand, there are reports that Secretary Finance Younus Dagha is also likely to be replaced within days. Keeping the economic instability in mind, the diplomatic community, investors, and businessmen have expressed grave concerns over the frequent reshuffling in the political and economic teams. With constant reshuffling, they keep on thinking if the same person would be leading talks when they meet the next time. 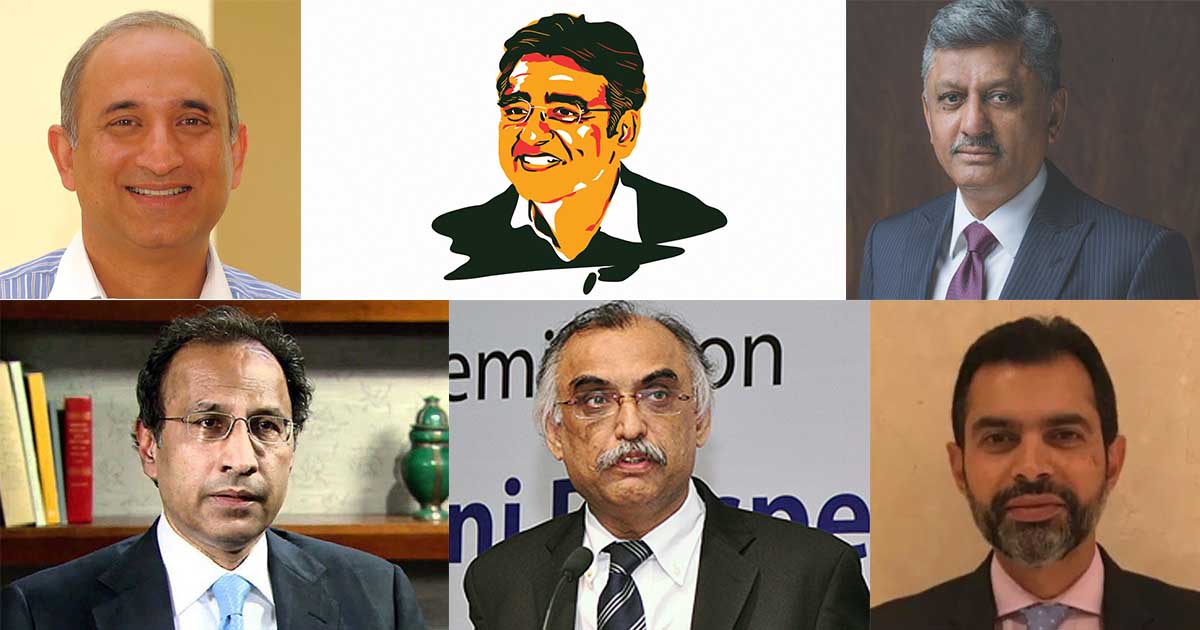 Board of Investment (BoI) Chairman Haroon Sharif, who has tendered his resignation to Prime Minister Imran Khan on Wednesday, has revealed that the appointment of the new economic team and negotiations with the International Monetary Fund (IMF) led to his resignation.

In the shocking revelation, the BoI chairman, who was appointed eight months ago, said that appointment of the new economic team and the differences over priorities of the IMF program pushed him to resign from his post.

While talking to Dawn, Sharif said that the main reason behind his resignation was that the government had brought in a new economic team whose entire focus was on the IMF and, thus, all the good work done over the months for promoting investment in the country was “no longer in their focus”.

The wide range of services provided by BOI includes providing information on the opportunities for investment and facilitating companies that are looking for a joint venture.

“After months of hard work, time has come when negotiations for foreign investment in Pakistan have entered the final stage before conclusion, but the appointment of the new economic team and negotiations with the IMF have put my work on the back burner,” Sharif told Dawn. “Investors do not wait; if not Pakistan, they will move to another place,” he said.

He was of the view that it was the right time to resign before being blamed for poor results. BoI was established with broad-based responsibilities of promotion of investment in all sectors of the economy; facilitation of local and foreign investors for the speedy materialization of their projects and to enhance Pakistan’s international competitiveness and contribute to economic and social development.

Read more: IMF is behind PTI’s changes on its new economic team

The BoI assists companies and investors who intend to invest in Pakistan as well as facilitates the implementation and operation of their projects. The wide range of services provided by BOI includes providing information on the opportunities for investment and facilitating companies that are looking for a joint venture.

It acts as a focal point of contact for prospective investors, both domestic and foreign to provide them with all necessary information and assistance in coordinating with other government departments/agencies.

Economic instability: What message Pakistan is giving to world?

The previous economic team frequently said that things would get better within a couple of years. It was a clear message for people as well as investors but sudden changes in the economic team shook investors’ confidence and, apparently, they are not ready to invest in short, medium or long term programs because of the economic instability.

The BoI assists companies and investors who intend to invest in Pakistan as well as facilitates the implementation and operation of their projects.

Former finance minister Asad Umar and his team had continuously reminded people as well as investors that things would remain tough for a certain period of time but once the dust settles, Pakistan would be on the path of stability. However, even before Umar could know, Prime Minister Imran Khan sacked him and installed a new economic team.

It is pertinent to mention here, days after Umar had stepped down, Chinese Ambassador Lijian Zhao had termed him a ‘man of integrity’ who always ‘speaks the truth’.

The Chinese Ambassador had shared a clip of Umar’s interview with BBC in which Umar had criticized Western powers of questioning Pakistan’s relationship with Saudi Arabia and China. In response to a question regarding the Trump administration’s reservations over a bailout package by the IMF to Pakistan, Umar had suggested that US Secretary of State Mike Pompeo ‘should worry about his China debt problem’.

Meanwhile, Diplomats have expressed grave concerns over PM Khan’s approach saying generating funds for Shaukat Khanum Memorial Cancer Hospital and The National University of Modern Languages was one thing but running a country is an altogether different thing. “You can’t run a democratic country without listening to what other people are thinking. In a democratic setup, you must incorporate others’ input.

The previous economic team frequently said that things would get better within a couple of years.

That’s the only way to stabilize things,” said an ambassador of a European country wishing not to be named. In a separate meeting, another diplomat expressed that business is built on the relationship but if the officials constantly change, it becomes difficult to invest and move forward. “You always think who do we deal the next time,” he said.

At the moment, foreign investors, businessmen, and local businessmen are confused about economic policies and lack of a clear direction. While requesting not to be named, another ambassador said that officials back in his country continuously ask to give a clearer picture of the political and economic developments, adding “how can one give a final word over inconsistent political and economic policies.”

Fifth major change in economic team in no time

With BoI chairman’s resignation and removal of finance secretary Younus Dagha, this was the fifth major change in economic team of the incumbent government in last one month or so. Earlier, PM had replaced Umar with Shaikh.

Next, on May 3, the Governor State Bank of Pakistan (SBP) Tariq Bajwa and chairman Federal Board of Revenue (FBR) Mohammad Jehanzab Khan were removed from their positions. The federal government appointed Dr Reza Baqir as the governor SBP and Shabbar Zaidi as the chairman FBR.

In an interesting development, days after his removal from the office of finance minister and after being elected chairman of the National Assembly’s Standing Committee on Finance and Economic Affairs, Umar had expressed that he would share with the committee the changes between the terms and conditions discussed with IMF by him and the new economic team.

On May 14, Umar, who is a close aide of PM Khan and was removed by Khan because of his “performance” in the last eight months, said that he would speak in the coming days.