Prime Minister Mahathir Muhammad is being severely castigated on Indian social media, with Indian users spewing hateful remarks for Malaysia on the mention of the Kashmir crisis in UNGA speech. 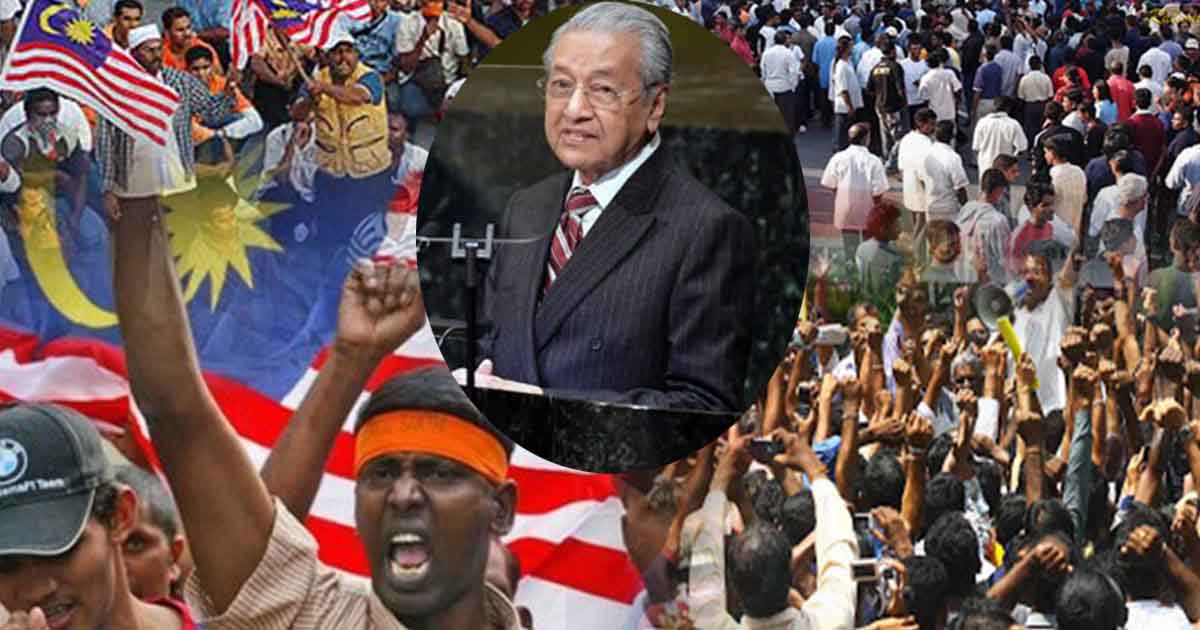 The furious Indian netizens are going haywire as calls to ‘Boycott Malaysia‘ took a toll on social media after Malaysian Prime Minister Mahathir Muhammad berated India for its illegal occupation of Jammu Kashmir in his 74th UNGA speech.

Prime Minister Mahathir Muhammad joined the voices of Pakistan, Turkey, and China to force India to lift the communication blackout and siege in the valley, end the forced arbitrations of Kashmiris, and solve the problem as per the resolutions of United Nations.

Simply #BoycottMalaysia. If it isn’t urgent, don’t travel there. Avoid trade. With this bigoted and uninformed man heading it, it is a hostile State. https://t.co/W6ikikobDT— Abhijit Majumder (@abhijitmajumder) September 29, 2019

Mahathir Muhammad urged India to solve the issue amicably with Pakistan. For Prime Minister Mahatir Muhammad India has ‘invaded and occupied’ Kashmir valley. His comments triggered outrage on Indian social media, with calls made to boycott trade and tourism with Malaysia.

Now, despite the UN resolution on Jammu and Kashmir, the country has been invaded and occupied.”

“There may be reasons for this action but it is still wrong. The problem must be solved by peaceful means. India should work with Pakistan to resolve this problem. Ignoring the UN would lead to other forms of disregard for the UN and the Rule of Law,” said the Malaysian prime minister.

Besides his UNGA speech, he expressed his concerns in tweets posted on the annexation of Kashmir. Adding that ignoring the UN is tantamount to disregard for the organisation and the rule of law.

Prime Minister Mahathir Muhammad’s disapproval of India drew ire of Indian netizens, Boycott Malaysia heavily trending on social media with 12.4k tweets. Many asserted that they have canceled their vacations and visits to Malaysia. India, however, is Malaysia’s 10th largest trading partner, where the total bilateral trade target of $15 billion set for 2020 was achieved in 2018/2019.

We friends were planning to go to @TourismMalaysia but after Malaysia supporting Jihadi country Paxtan ..we cancelled it.

Have asked my friends too

Turkey is also subjected to verbal sanctions from Indian netizens, extensive calls made to Turkish Airlines, following President Recep Tayyip Erdogan‘s call in United Nations to stop the ethnic cleansing of Muslims by Indian forces in the valley. Turkey’s Erdogan in his address said that despite the UN resolutions, “eight million people are stuck” in Kashmir.

Hungry and Nude Indians, RSS terrorists , jan sanģhis .as you all are suggesting to boycott Turkey, Malaysia then you RSS terrorists ,where you will do business. Saudi arabia will also kick you out very soon, china also gone.More than half of your trade and Man power collapse.

I request more people to use @TurkishAirlines as their preferred means of air travel. Not only is Turkey a beautiful country with wonderful people,Turkey has also shown so much love & support for the people of Pakistan and it would be a nice way for us to say thank you 🇹🇷 🇵🇰 👍🏼 https://t.co/bRFVlzlZ5w— Shaniera Akram (@iamShaniera) September 30, 2019

Earlier, the Foreign Minister of Malaysia Datuk Saifullah Abdullah told the media that both Indian Prime Minister and Mahathir Muhammad met at the sidelines of the Eastern Economic Forum, in which India had the raised the issue of the extradition of Islamic preacher Zakir Naik.

According to Malaysian media, Kashmir was the ‘main topic’ during the bilateral meeting between Mahathir Mohamad and Modi on September 5.

Read more: Sanctions should not be used as weapons, Mahathir tells UN

In the meeting, Prime Minister Muhammad had urged PM Modi to solve the issue with Pakistan, if necessary through third-party mediation or international courts. PM Mahathir deterred the escalation of tensions and war between the two countries.

This, however, suggest that Prime Minister Narendra Modi failed to convince PM Mahathir Muhammad to not to raise the Kashmir issue on UNGA platform.

India stuck in an election hangover