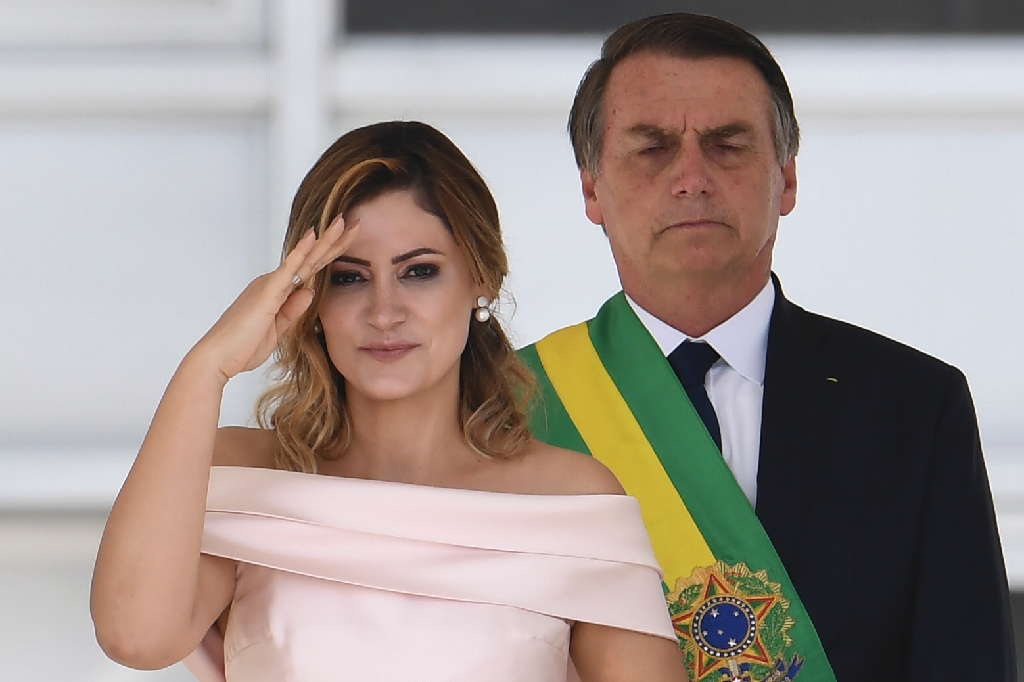 Brazilian authorities are to scrutinize the bank accounts of First Lady Michelle Bolsonaro as part of a growing scandal over suspect payments involving the president’s politician son, according to media.

The tax office activated the inquiry after a government financial crimes watchdog, COAF, discovered $300,000 in transactions made in the name of the former driver and bodyguard to President Jair Bolsonaro’s eldest son Flavio Bolsonaro.

The sum exceeded the salary of the aide, Fabricio Queiroz, who is a police officer. One of the transactions was a check worth $6,000 that Queiroz deposited in the account of Michelle Bolsonaro. The financial newspaper Valor reported that that transaction was what triggered the tax scrutiny of the first lady’s finances.

The burgeoning scandal has badly embarrassed the president, who won October elections by taking a strong stand against graft.

Contacted by AFP, the tax office said it would not comment on the report because of “tax confidentiality” for citizens. The scandal has also reached Flavio Bolsonaro, a senator-elect in Brazil’s incoming congress, who was previously a lawmaker in Rio de Janeiro state’s legislature, where a total of 27 deputies are being investigated by tax officials.

COAF reportedly discovered 48 deposits made to his bank account over a few days in June-July 2017, some of them just minutes apart, for a total 96,000 reais ($25,000 at the current exchange rate).  The Bolsonaros have denied any wrongdoing. The president has said the money deposited in his wife’s account was repayment of an undeclared loan he had made to Queiroz.

Read more: Brazilian TV news market to be shaken by launch of CNN…

Flavio Bolsonaro has said he was not responsible for the financial activities of his ex-aide, although he lodged a request that last week resulted in Brazil’s supreme court suspending a criminal investigation against Queiroz.

He also said the multiple deposits to his account were related to the sale of a property he owned. The burgeoning scandal has badly embarrassed the president, who won October elections by taking a strong stand against graft.

Jair Bolsonaro said this week that, if wrongdoing was proved against his son, “he’ll have to pay the price.” But he also said that “it’s not fair to accuse him in an attempt to get at me.”

US suspends economic aid to Pakistan