Breaking the Royal protocol, Crown Prince Muhammad Bin Salman not only came to drop PM Imran Khan at the airport but drove Pakistan's PM to the airport himself. 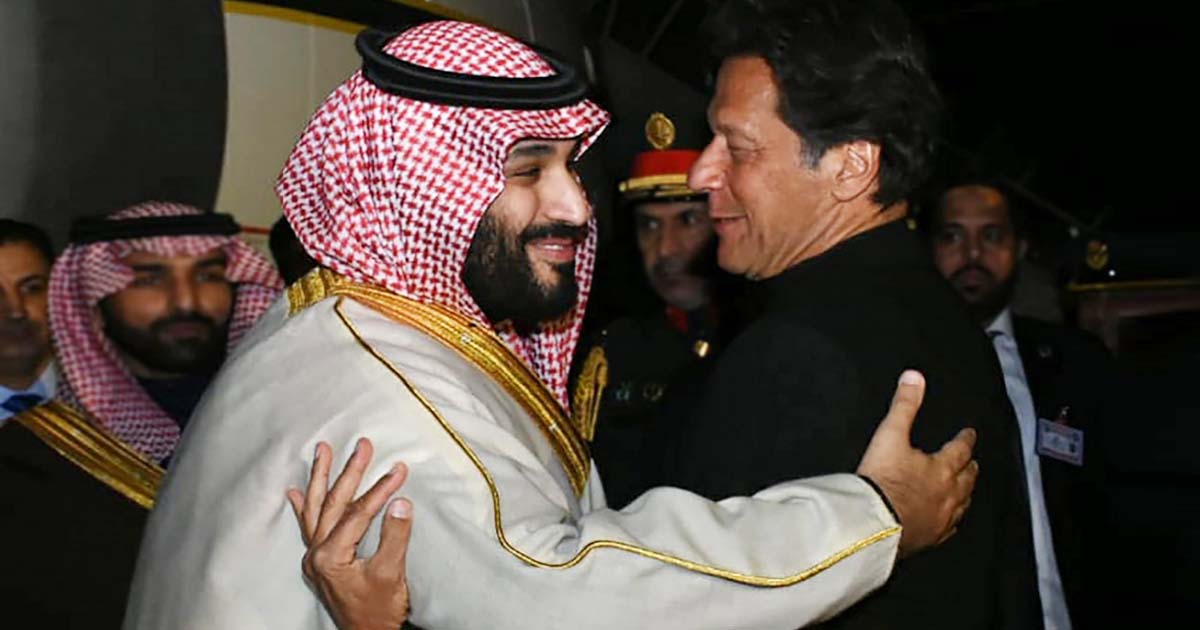 Taking a break from protocol, Saudi Crown Prince, Muhammad Bin Salman accompanied Prime Minister Imran Khan to the Riyadh Airport before the latter set off for Pakistan after concluding a one-day trip to Saudi Arabia. Crown Prince MBS even drove PM Khan to the airport to bid him farewell, says the reports.

In a break from protocol, Saudi Crown Prince HRH Mohammad bin Salman came to the airport in Riyadh to bid farewell to PM Imran Khan. This is testament to his personal respect for the PM and deep bond with Pakistan

Analyst, Haroon Rashid, while discussing the hospitable gesture of Crown Prince MBS, asserted that it implies a settlement has been reached between Crown Prince MBS and Prime Minister Imran Khan on the creation of a parallel nascent Islamic bloc comprising of Malaysia, Turkey, and Pakistan.

In Malaysia, PM Khan will attend the first Kuala Lumpur Summit to discuss Muslim Ummah’s problem, before returning to Pakistan. Nearly, 50 countries have confirmed their presence at KL Summit including Qatar and Iran-two arch-rivals of Saudi Arabia, who are also participating in the summit. The summit intends to discuss the problems of Muslim ummah and hold the potential to take cooperation between Muslim nations to new heights.

The idea was pitched by Malaysia, Turkey, and Pakistan during the 74th United Nations Summit to build a collective force to address the current challenges to Muslim Ummah. The creation of international TV channel Muslim-5 was also discussed in the sidelines of UNGA that will tackle Islamophobia and work to revive the image of Muslims globally.

Ambassador of Pakistan to Saudi Arabia

On the other hand, Crown Prince Muhammad bin Salman seems to have reciprocated the gesture of Prime Minister Imran Khan. PM Khan had driven Crown Prince MBS to PM House from Nur Khan Airbase upon his visit earlier this year in February. MBS was given a red carpet welcome upon his arrival in Islamabad.

During the banquet hosted by the government of Pakistan upon his arrival, Premier Imran Khan had requested Crown Prince Muhammad Bin Salman to revise the imprisonment of 3000 Pakistanis jailed in the Kingdom on petty crime. PM IK asked Crown Prince MBS to treat the 2.5 million Pakistanis working in blue-collar jobs in Kingdom as his people since these people, away from their families, are close to his heart.

He requested to address their issues and provide them and families maximum relief. He also requested MBS to ease up the immigration process for Pakistani Hajj pilgrims. He asked the Saudi government that their immigration should be done in the three big cities of Pakistan.

Crown Prince Muhammad Bin Salman humbly responded to PM Khan’s request stated to consider him as Pakistan’s ambassador to Saudi Arabia. Adding that “We cannot say no to Pakistan.”

Many commentators have stated his statement as the manifestation of the strong diplomatic ties complemented by the brotherly love that exists between the two countries.