Breaking with the past: China hints at greater political engagement in the Middle East 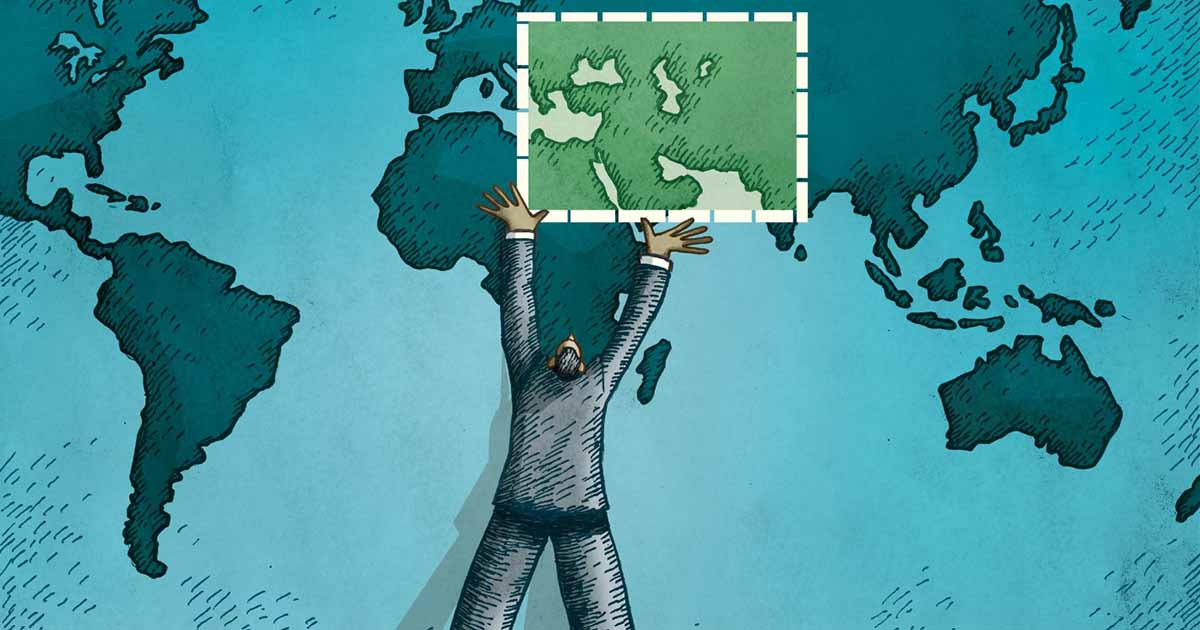 China is contemplating greater political engagement in the Middle East in what would constitute a break with its longstanding effort to avoid being sucked into the region’s myriad conflicts and a bid to counter mounting US pressure to force Gulf states to curtail relations with the People’s Republic.

Prominent Chinese scholars, close to the government in Beijing, have increasingly hinted in recent weeks at a possible policy change in public statements and writings. The hints come as the reliability of the United States as a regional security guarantor is increasingly being questioned.

They also coincide with mounting tensions between the United States and China that have sparked US pressure on countries it considers allies, partners and/or friends to limit their technology cooperation with the People’s Republic.

Scholars Sun Degang and Wu Sike, in the most explicit indication of a possible policy shift, argued in an article published this month in a respected Chinese journal, that the Middle East was a “key region in big power diplomacy with Chinese characteristics in a new era.”

Messrs. Sun and Wu suggested that Chinese characteristics would involve “seeking common ground while reserving differences,” a formula that implies conflict management rather than conflict resolution.

The scholars said Chinese engagement in Middle Eastern security would seek to build an inclusive and shared regional collective security mechanism based on fairness, justice, multilateralism, comprehensive governance, and the containment of differences.

“For China, the Middle East is always on the very distant backburner of China’s strategic global strategies … Covid-19, combined with the oil price crisis, will dramatically change the Middle East. (This) will change China’s investment model in the Middle East,” Mr. Niu said.

Analysts read Mr. Niu’s comments as advising Gulf states that increasingly are walking a tightrope between Washington and Beijing to dial down tensions with Iran to a degree that differences become manageable.

China hoping for an inclusive regional order in the Middle East

That would have to involve some kind of regional agreement on non-aggression that would include rather than exclude Iran as outlined in a Russian proposal to rejigger the Gulf’s security architecture that has been cautiously endorsed by China.

“Beijing has indeed become more concerned about the stability of Middle Eastern regimes. Its growing regional interests combined with its BRI (Belt and Road Initiative) ambitions underscore that Middle East stability, particularly in the Persian Gulf, is now a matter of strategic concern for China,” said Mordechai Chaziza, an expert on China-Middle East relations.

Read more: Corona virus in Middle East is at ‘critical threshold’: WHO

Chinese and Russian preference for a rejiggering of the Gulf’s security architecture based on a regional non-aggression pact stroke with options being weighed by the Trump administration.

“One option that was considered recently is a mutual pact of non-aggression. It’s not a new idea… In (19)95 something similar was tried between Saudi and Iran. It kept the peace for quite some years,” said Kirsten Fontenrose, a prominent Atlantic Council scholar who served as senior director for the Gulf on President Donald J. Trump’s National Security Council.

Mounting tension between the United States and China makes it more urgent for Beijing to act on its concerns.

Senior Trump administration officials as well as those like Ms. Fontenrose, who recently left government service, are laying out how the United States wants its Middle Eastern partners to structure their relationships with China.

US Assistant Secretary of State for Near Eastern Affairs David Schenker recently said the United States had advised its Middle Eastern partners to take “a careful look at investment, major contracts and infrastructure projects.”

He warned that certain engagements with China could “come at the expense of the region’s prosperity, stability, fiscal viability, and longstanding relationship with the United States.”

Ms. Fontenrose cautioned that “the Middle East has got to understand that this is the way the US sees that part of the world and that if you become their best friend…then that’s going to be a challenge to our relationship… Today, there doesn’t appear that there is any room for nuance or any grey space. It’s us or them.”

A recent US decision to no longer allow dependents to accompany US personnel assigned to the Gulf was intended to send the region a message.

Serving and former US officials said pressure on Gulf states was likely to mount and could involve US ultimatums and quid pro quo responses.

Our partners “need to know what our red lines…and what that means. If you do purchase this, we will withdraw this,” Ms. Fontenrose said.

Greater Chinese political engagement that could contribute to a reduction of regional tensions would first and foremost serve to protect Chinese interests.

China, however, also appears to be debating whether it could help countering US efforts to force Gulf states to restructure their relations with the People’s Republic.

That is likely to be a long shot in an environment in which the United States appears to have opted for confrontation and in which distrust and suspicion rather than search for common ground is the name of the game.

Writing in Chinese Communist party newspaper Global Times, Wei Zongyou, a scholar who studies the United States, suggested recently that “the future trajectory of China-US relations depends on how the two interact rather than the US one-sidedly. China can still seek strategic initiatives.”

Dr. James M. Dorsey is an award-winning journalist and a senior fellow at Nanyang Technological University’s S. Rajaratnam School of International Studies in Singapore. He is also a senior research fellow at the National University of Singapore’s Middle East Institute and co-director of the University of Wuerzburg’s Institute of Fan Culture in Germany. The views expressed in this article are the author’s own and do not necessarily reflect the editorial policy of Global Village Space.

Why Palestinians have won the battle of hearts and minds?

Should America be afraid of China’s J-10 Fighter?

China’s Patience for Hong Kong’s Siege is Running Out

Is India all-set for Himalayan blunder 2.0?