Brexit in dates: From Leave shock to deadlock in parliament 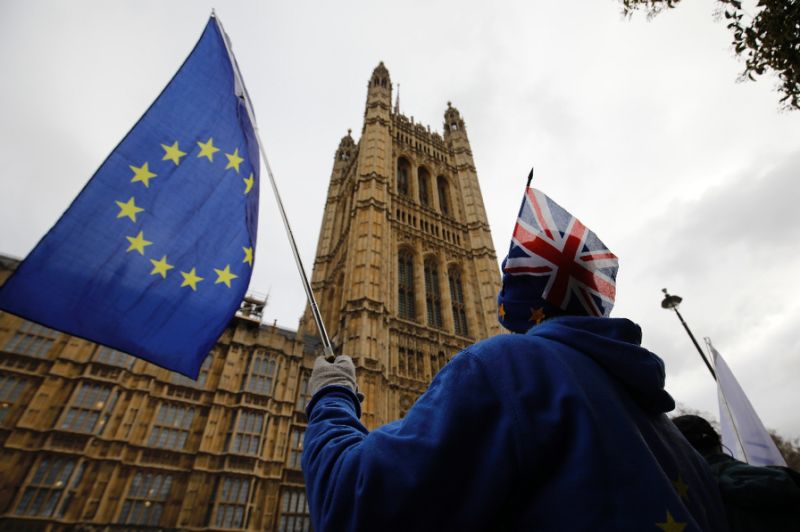 From the shock Brexit referendum result to Monday’s unveiling of the British government’s reworked Brexit strategy, here are milestones on the UK’s rocky road out of the European Union after 46 years.

In a referendum on June 23, 2016, Britons choose to end their membership of the 28-nation EU by 52 percent to 48 percent. Conservative prime minister David Cameron, who called the referendum and led the campaign to remain in the EU, resigns.

Theresa May, the Remain-backing interior minister, becomes prime minister on July 13. On January 17, 2017, May sets out her Brexit strategy, saying Britain will leave Europe’s single market to control EU immigration.

“No deal for Britain is better than a bad deal,” she warns.

On March 13, Britain’s parliament approves a bill empowering May to trigger Article 50 of the EU’s Lisbon Treaty which lays out the process for leaving the union. With a letter to EU President Donald Tusk on March 29 formally announcing Britain’s intention to leave, the government starts a two-year timetable for withdrawal on March 29, 2019.

In a bid to strengthen her hand in Brexit negotiations, May calls a snap general election for June 8, 2017. Her gamble backfires as the Conservatives lose their parliamentary majority. They are forced to strike a support deal with Northern Ireland’s Democratic Unionist Party.

How to maintain an open border between Northern Ireland and the Republic of Ireland after Brexit becomes a key sticking point.

Britain and the EU reach an outline agreement on December 8, 2017 on three key areas: Britain’s financial settlement to the union, citizens’ rights and the Irish border.

EU leaders green-light the next stage of Brexit talks, including on trade relations after the split. A bill enacting the decision to leave the EU becomes law on June 26, 2018.

On July 6, 2018, May wins agreement from her warring cabinet to pursue “a UK-EU free trade area” and strong alignment with the EU after Brexit. Two days later, eurosceptic Brexit minister David Davis quits, saying May is giving “too much away too easily”.

On November 13, May’s office says negotiating teams have reached a draft divorce agreement with the EU. On November 14, her cabinet backs the agreement.

The following day, four ministers, including new Brexit secretary Dominic Raab, quit in protest. EU leaders approve the accord on November 25. “This is the only deal possible,” says European Commission President Jean-Claude Juncker.

On December 10, May postpones a House of Commons vote on the deal due the following day, fearing a heavy defeat. She visits Europe for further talks, but EU leaders reject substantive renegotiation.

On December 12, enough Conservative MPs are unhappy with May’s leadership to trigger a confidence vote, but she wins by 200 to 117.

The Commons finally got to vote on the draft withdrawal agreement on January 15. With opposition parties and scores of Conservatives rejecting it for various reasons, MPs vote by 432 to 202 to reject the agreement — the worst defeat for a government in modern British political history.

Labour leader Jeremy Corbyn calls a Commons vote of no confidence in the government on January 16. May’s administration wins by 325 to 306 votes, as Conservatives rally round their government. May pledges to work with opposition leaders to find a breakthrough on Brexit.

May presents her new Brexit approach to the Commons on Monday. MPs will then have a chance to submit amendments before a full debate on January 29 — exactly two months before the Brexit date.

Who wins, who loses? Multinational companies at the time of pandemic