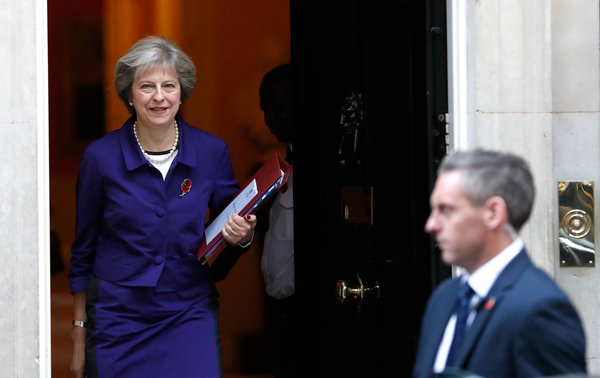 Parliament alone has the power to trigger Brexit by notifying Brussels of the UK’s intention to leave the European Union, the high court has ruled. The judgment (pdf), delivered by the lord chief justice, Lord Thomas of Cwmgiedd, is likely to slow the pace of Britain’s departure from the EU and is a huge setback for Theresa May, who had insisted the government alone would decide when to trigger the process.  The lord chief justice said that “the most fundamental rule of the UK constitution is that parliament is sovereign”.

A government spokesman said ministers would appeal to the supreme court against the decision. The hearing will take place on 7-8 December. Thomas said: “The court does not accept the argument put forward by the government. There is nothing in the 1972 European Communities Act to support it. In the judgment of the court, the argument is contrary both to the language used by parliament in the 1972 act, and to the fundamental principles of the sovereignty of parliament and the absence of any entitlement on the part of the crown to change domestic law by the exercise of its prerogative powers.”

To access the complete article, please use this link: The Guardian

Will we see Amir Khan in a reality TV show?