Britain started post-Brexit talks with the US, with 100 negotiators at each side. The Conservative party leaders are hoping to secure a free trade agreement with the US. Britain has officially left the EU on January 31 this year but will abide by its rules till the end of this year. 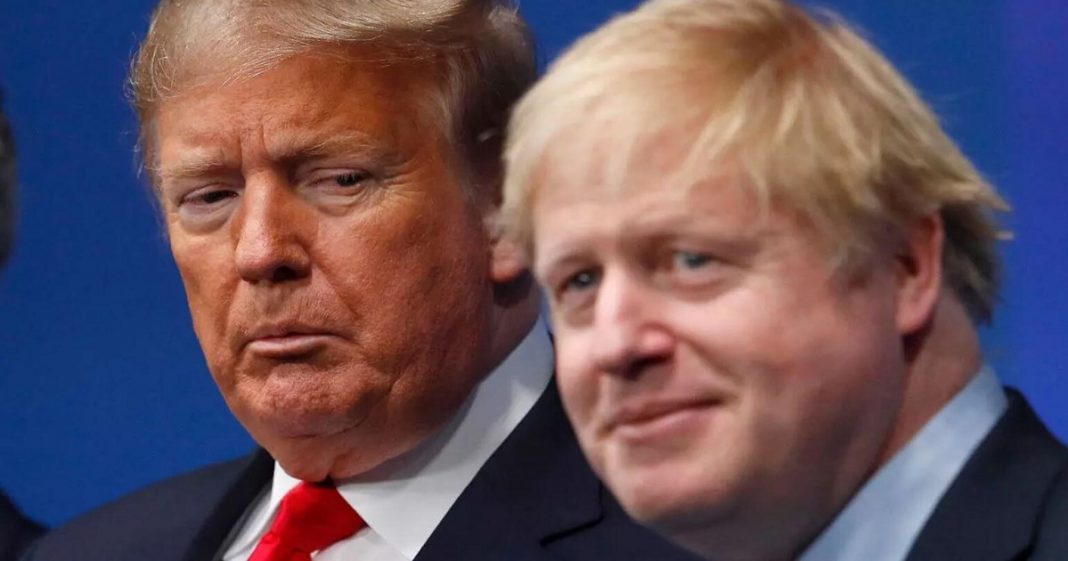 Britain begins post-Brexit trade talks with the United States on Tuesday, with 100 negotiators on each side joining via videoconference.

Many in Prime Minister Boris Johnson’s Conservative government hope for a free trade agreement with Washington as one of the biggest benefits of leaving the European Union.

Officials said the first round of talks would last two weeks and cover issues such as goods and services trade, digital trade, investment, and how to support small businesses.

The US ambassador to Britain, Woody Johnson, said the deal could “jumpstart the economy after we conquer coronavirus” — a message repeated by British officials.

“The US is our largest trading partner and increasing transatlantic trade can help our economies bounce back from the economic challenge posed by coronavirus.” https://t.co/vB1gMZurU9

“The US is our largest trading partner and increasing transatlantic trade can help our economies bounce back from the economic challenge posed by coronavirus,” International Trade Secretary Liz Truss said.

Read more: Coronavirus may alter a key concept of Brexit: Unification of Ireland!

Truss and US Trade Representative Robert Lighthizer will kick off the talks before officials take over, with further rounds due at six-week intervals.

Britain voted in a referendum in June 2016 to leave the EU, and after years of politically wrangling finally quit on January 31 this year.

Its departure allowed Britain to start trade talks with other countries, including the US.

The transition period is meant to give both sides some breathing space while a new free trade agreement is negotiated.

This is needed because the UK will leave the single market and customs union at the end of the transition. A free trade agreement will allow goods to move around the EU without checks or extra charges.

If a new one cannot be agreed in time, then the UK faces the prospect of having to trade with no deal in place. That would mean tariffs (taxes) on UK goods traveling to the EU and other trade barriers.

There’s only one reason why fanatical EU loyalists like Barnier want to delay the UK’s exit:
They want to asset-strip the UK to shore up the ailing EU project.https://t.co/Sf7zMTHzJl

Brexit was originally meant to happen on 29 March 2019, but the deadline was delayed twice after MPs rejected the deal negotiated by Mrs May, the prime minister at the time.

After MPs voted down the deal for a third time, Mrs May resigned.

Mr Johnson needed a Brexit extension of his own after MPs failed to get the revised deal passed into law.

Mr Johnson then called an early general election, to which MPs agreed.

The election, which happened on 12 December 2019, resulted in a Conservative majority of 80.

With a sizeable majority in Parliament, it proved straightforward to pass the Brexit legislation.

Read more: Britain is hopeful to secure a post-Brexit deal despite virus challenges

However, Britain remains in a transition period until December 31 that keeps its ties to the EU largely the same, to allow time for both sides to thrash out a new relationship.

Many in the EU had already warned of the difficulties of getting a trade deal with Britain by the end of the year.

The disruption of the coronavirus outbreak has prompted calls from some in Britain for the transition to be extended.

But Johnson, who led the 2016 “Leave” campaign and won a huge election victory in December promising to “Get Brexit Done”, has so far refused.

The latest round of UK-EU talks broke up on April 24 with little progress, stuck on key issues such as fishing rights, how to maintain common standards and the role of European judges.

A source close to the British negotiating team last week warned that “we’re talking past each other” while expressing hope that a deal could be struck.