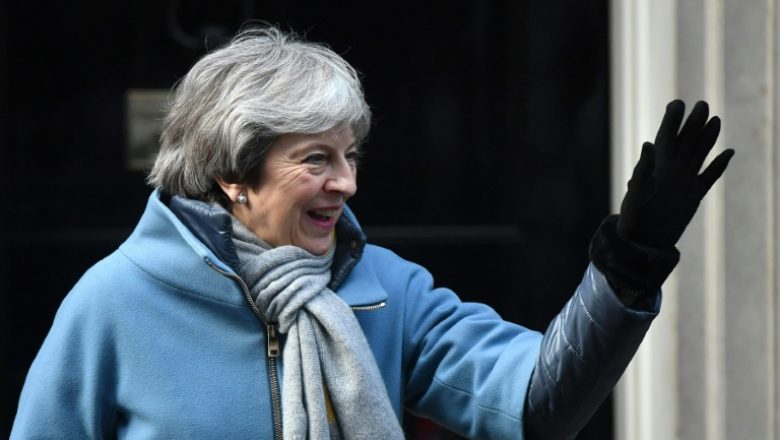 Britain’s government scrambled Monday to convince Brexit hardliners to give in at last and back Prime Minister Theresa May’s EU divorce deal, though key opponents were refusing to blink. With less than two weeks to go until a potentially chaotic departure on March 29 that could trigger an economic shock, May was struggling to turn the trickle of Brexiteers coming onside into a flood.

MPs have twice heavily rejected the divorce agreement. If they can back a deal by Wednesday, then May will head to the EU summit in Brussels on Wednesday and Thursday and seek a short technical delay to Brexit until June 30.

If MPs cannot rally round a deal, she will seek a long delay beyond that date. May will not bring the deal back before parliament unless she feels sure of enough votes to win. Foreign Secretary Jeremy Hunt said there were “cautious signs of encouragement” but admitted there was a “huge amount of work to do” to win over hardcore Brexiteers.

Johnson summarised the dilemma as being between a deal that is “detrimental to the interests of this country” and the “real risk that Brexit would not happen at all”.

All eyes are on Northern Ireland’s small Democratic Unionist Party (DUP), which May’s Conservatives rely upon for a majority in parliament, and the European Research Group (ERG) of Conservative Brexiteers, both of which have so far rejected the deal.

European foreign ministers meeting in Brussels for pre-summit talks on Monday were broadly supportive of granting a delay but questioned its purpose. “We are not against an extension in Belgium but the problem is to do what?” Belgian Foreign Minister Didier Reynders told reporters. German Foreign Minister Heiko Maas said a postponement “makes more sense” to avoid a no-deal Brexit.

Former British foreign secretary Boris Johnson, who spearheaded the Leave campaign in the 2016 referendum on Britain’s membership of the European Union, said he still would not back the deal if a vote was brought before parliament this week.

Read more: Will Brexit be delayed? The hows and the whys

Instead, he urged May to use the EU summit to wring more concessions out of the bloc before risking a third vote. Brexiteers like Johnson believe the terms of the deal will make Britain an “economic colony” of the EU. Hunt, speaking to reporters as he arrived for a meeting of EU foreign ministers in Brussels, cited strong critics of the deal who were now backing it.

“There are some cautious signs of encouragement,” he insisted. “But there is a lot more work to do and I think the risk of no deal, at least as far as the UK parliament is concerned, has receded somewhat, but the risk of Brexit paralysis has not.” No-deal would see Britain crash out of the bloc on March 29 in a so-called hard Brexit.

ERG leader Jacob Rees-Mogg said he was “waiting to see what the DUP do” before deciding how to vote, maintaining that the withdrawal agreement was “still a very bad deal”.

Hunt said he hoped the deal could be brought before parliament again on Tuesday. “But we need to be confident we can get the numbers and that’s why a huge amount of work is going on with colleagues,” he explained.

Johnson summarised the dilemma as being between a deal that is “detrimental to the interests of this country” and the “real risk that Brexit would not happen at all”. “There is an EU summit this week. It is not too late to get real change,” he wrote in The Daily Telegraph newspaper. “It would be absurd to hold the vote before that has even been attempted,” he wrote.

ERG leader Jacob Rees-Mogg said he was “waiting to see what the DUP do” before deciding how to vote, maintaining that the withdrawal agreement was “still a very bad deal”. “The question people like me will ultimately have to answer is, can we get to no deal instead? If we can get to no deal instead that is a better option: it means that we will have left and we will have restored our nation’s independence,” he told LBC radio.

AFP - 10 April 2021
Every weekend until the end of April the state's 125 million people are confined to their homes unless shopping for food, medicine or travelling.

Britain in Search of New Global Role after Brexit