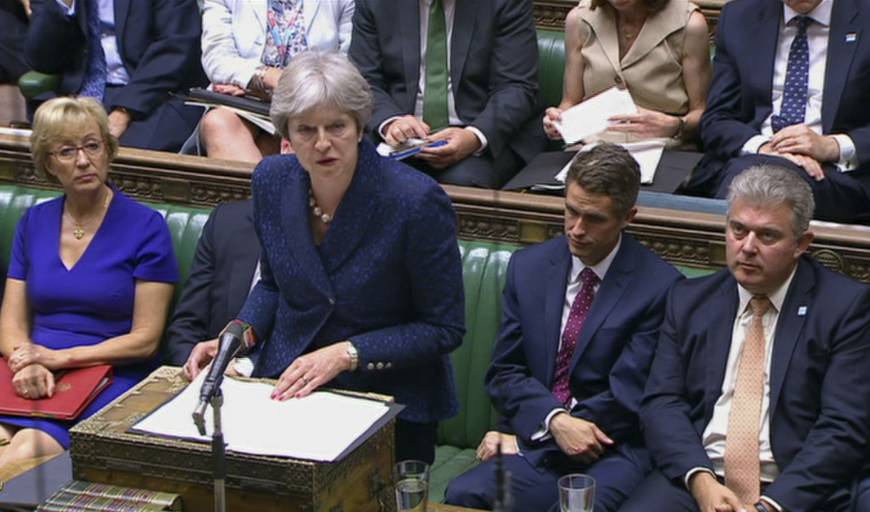 Lurching from crisis to crisis and fending off coup plots while navigating Britain’s most important peacetime negotiations, Theresa May has defied the odds to cling to power, but her legacy remains on a knife-edge. The vultures have circled the prime minister ever since her disastrous performance in a snap general election she called last year, which saw her Conservative Party lose its parliamentary majority.

The vicar’s daughter has shown steely will, political ruthlessness and an ability to use her party’s precarious position to ward off potential usurpers, consolidating her position and allowing her to negotiate the outlines of a deal with the European Union. May will have proved her many critics from both sides of the aisle wrong if parliament approves the deal, having secured the approval of her fractious ministers on Wednesday.

May’s apparent indifference to being liked by her colleagues has enabled her to clinically exploit their weaknesses, earning her a reputation as someone not to be crossed.

Sealing the deal would give her complete authority over her party and potentially pave the way for her to lead the party into another general election, unthinkable just weeks ago. But there are still plenty of pitfalls for her to navigate in securing the votes of her MPs once they see the text of the deal, particularly of those Brexiteers who have been waiting to pounce on any concession of sovereignty to Brussels.

“If it all goes wrong, she will be remembered having split the Conservative Party for a generation,” Iain Begg, politics professor at the London School of Economics, told AFP, speaking ahead of the cabinet meeting.

May took over in the chaotic aftermath of Britain’s historic 2016 vote to leave the European Union. She won the party leadership election that made her prime minister thanks to votes from fellow MPs as challengers pulled out, meaning no party-wide vote was required.

She moved within months to start the Brexit process and sought to bolster her domestic political position with a snap election in June last year, hoping to capitalise on her huge polling lead against veteran leftist Labour leader Jeremy Corbyn.

The vultures have circled the prime minister ever since her disastrous performance in a snap general election she called last year, which saw her Conservative Party lose its parliamentary majority.

This spectacularly backfired and she lost her majority in the House of Commons, leaving her reliant on a Northern Irish party to govern. Since then, her party’s pro- and anti-Brexit factions have taken turns to test her weakness, seeking to influence her strategy and bringing her government to the brink.

Each time they have proved unwilling to deal the fatal blow, worried that they could be blamed for triggering a general election and a Corbyn government. “There is no agreement on a successor,” Begg said.

May, 62, studied geography at the University of Oxford, where she met her husband Philip, a banker, after reportedly being introduced by future Pakistan premier Benazir Bhutto. Not long after their marriage, May’s vicar father died in a car accident, followed a year later by her mother, who had multiple sclerosis.

She survived six years as interior minister — one of the toughest jobs in British politics — before entering Downing Street. The self-described “bloody difficult woman” highlights her steady image and emphasis on “getting on with the job” rather than gossiping and networking.

May’s apparent indifference to being liked by her colleagues has enabled her to clinically exploit their weaknesses, earning her a reputation as someone not to be crossed. When trying to secure cabinet support for her latest Brexit plan during a meeting at her country Chequers residence, she reportedly had business cards for taxis placed by the exit for any dissenters who would not be allowed to use official cars.

This spectacularly backfired and she lost her majority in the House of Commons, leaving her reliant on a Northern Irish party to govern.

But her cold exterior nature often renders her ill at ease with world leaders and the public, with the media dubbing her the “Maybot”. It was, ironically, during another one of her low points that a chink of her personality broke through to the public.

Beset from all sides, her speech at last year’s party conference was billed as a make-or-break moment but descended into farce thanks to a comedian’s prank, a misbehaving sign and a debilitating cough.

Her determination to carry on won her a degree of public sympathy, and she has since cultivated something of a public persona, poking fun at her awkwardness with an idiosyncratic dance first seen during a trip to South Africa.

To worldwide hilarity, she deployed the dance again weeks later at the Conservative Party conference where she moved to the tune of disco hit “Dancing Queen”. But it will be the serious business of Brexit that will ultimately define her place in history.

Previous articleHuman Rights: The tragedy of Indian occupation in Kashmir
Next articleSaudi gov recommends death penalty for 5 in Khashoggi case

Australia scrambles to save people from apocalyptic fires