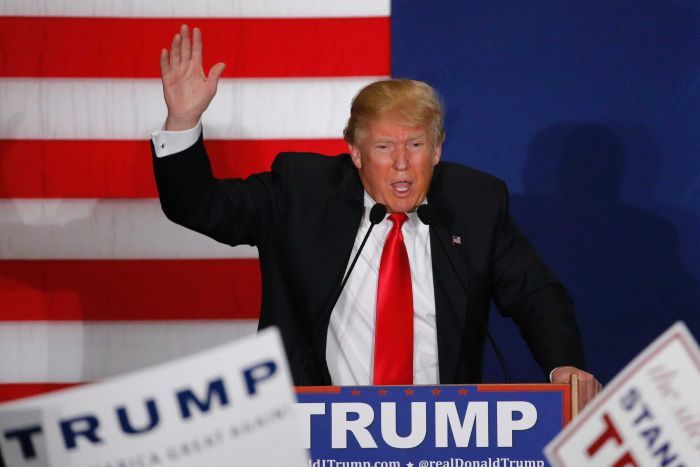 By singling out Iran rather than tackling root causes, the Trump administration risks fuelling sectarianism across the Muslim world and exacerbating multiple conflicts that are ripping the Middle East and North Africa apart.

Iran moved into President Donald J. Trump’s firing line when his national security advisor, Michael Flynn, an anti-Iran hawk, put the Islamic republic “on notice” for testing a ballistic missile. The test was likely a provocative probing of US policy towards Iran, one of seven countries whose nationals are temporarily banned from travel to the United States. Mr. Trump has repeatedly denounced the nuclear agreement concluded by the United States and other world powers with Iran as a bad deal.

Mr. Trump’s travel ban, despite including Iran, puts King Salman in a bind, as he balances the kingdom’s foreign policy objectives with its self-proclaimed leadership of the Muslim world

It remains unclear what Mr. Flynn’s notification entails. A resolution circulated in the House of Representatives before Mr. Trump’s inauguration would authorize US military action against Iran if the president believes it is necessary to prevent Iran from obtaining nuclear weapons.

Most analysts, including supporters of Mr. Trump, believe that Iran has largely honored the international agreement curbing the Islamic republic’s nuclear program, making an immediate military response to the missile test unlikely.

Gulf states egging the USA to take an anti-Iran stance

Gulf states alongside Israel have moreover urged Mr. Trump to adopt a tough approach towards what they see as belligerent Iranian interference in the internal affairs of Arab countries and support for terrorism, but to stop short of annulling the agreement.  Mr. Trump is expected to move away from his campaign pledges to tear up the agreement, but with Mr. Flynn’s warning appears to be adopting the advice of US allies.

A Saudi read out of a phone conversation last weekend between King Salman and Mr. Trump said the two leaders agreed to counter “those who seek to undermine security and stability in the region and interfere in the affairs of other states.” The White House said they also had a meeting of the minds on the “importance of rigorously enforcing” the nuclear deal.

The consensus notwithstanding, Mr. Trump’s travel ban, despite including Iran, puts King Salman in a bind, as he balances the kingdom’s foreign policy objectives with its self-proclaimed leadership of the Muslim world. Saudi Arabia has so far refrained from commenting on the ban despite pressure from some of its allies to do so.

Saudi Arabia’s predicament and it’s welcoming of the rise of Mr. Trump in the expectation that he will fight some of the kingdom’s battles creates the opportunity for the new president to put disruption to constructive use.

It could allow Mr. Trump to tackle not only Iran but also Saudi Arabia on a fundamental issue that drives volatility, sectarianism and political violence in the Muslim world in general and Iranian and Saudi policies specifically: the rise of supremacist, intolerant, anti-pluralistic ultra-conservatism.

Supporters of Iranian President Hassan Rouhani have already hinted at the opportunity. “Iran has every interest in reducing tension with Saudi Arabia at a time when the Trump presidency in the United States is creating new uncertainties,” said an editorial in the pro-Rouhani Entekhab daily.

The opportunity that arises is not limited to Iran and Saudi Arabia. Leaving aside the ethics of banning travel on the basis of religion or nationality, Mr. Trump’s  ban as well as his intention to  focus US counter-terrorism exclusively on Islam rather than on all forms of political extremism, including far-right supremacism, would also allow him to pressure other countries where divisive ultra-conservatism has been allowed to fester.

That is evident in efforts by the governments of Malaysia and Indonesia to stay out of Mr. Trump’s firing line by refraining from criticizing the ban. Both Malaysia and Indonesia, the world’s most populous Muslim nation, have witnessed the rise of ultra-conservative intolerance towards non-Muslim and Muslim minorities such as Shiites and Ahmadis, a sect widely viewed by conservative followers of the faith as heretics, that are informed by Saudi-backed puritan interpretations of Islam

There is little to suggest that Mr. Trump recognizes the opportunity. A failure to exploit the opportunity and exclusively target Iran is, however, likely to backfire, embolden Saudi policies that create problems rather than offer solutions, and fuel sectarian and other cycles of violence.

While Iran has refrained from promoting a supremacist worldview of its own, there is little doubt that it implements its ultra-conservatism with the application of medieval, punitive measures of Islamic law, including amputation and stoning. It has also reshaped the politics as well as the very integrity of Arab countries like Lebanon where it supports Shiite militia Hezbollah, Syria that has been torn apart by a vicious civil war, the creation of Shiite militias in Iraq, and Yemen where Iran has come to the aid of the Houthis. The problem is that so have Saudi Arabia and its allies or in other words: there are no nice guys in this fight.

A four-decade long, $100 billion global Saudi effort to box in, if not undermine, a post-1979 revolution Iranian system of government that it sees as an existential threat to the autocratic rule of the Al Saud family by funding ultra-conservative political and religious groups has contributed to the rise of supremacism, intolerance, and anti-pluralism across the Muslim world and created potential breeding grounds of extremism.

Iranian regional interference due to more than revolutionary zeal

Iranian interference in the affairs of other countries stems as much from long-fading revolutionary zeal in the wake of the 1979 revolution as it constitutes a response to the Saudi-led Sunni campaign that involved not only support for non-violent, ultra-conservative groups, but also the funding of Iraqi leader Saddam Hussein’s devastating eight-year long war against Iran in the 1980s as well as virulently anti-Shiite and anti-Ahmadi forces in Pakistan that are responsible for the deaths of thousands, and militant groups in Syria and elsewhere in the Middle East and North Africa.The rise of ultra-conservatism has fuelled sectarianism and violence against Shiites and Ahmadis; hardened attitudes towards women and alternative lifestyles; and curbed fundamental freedoms under the guise of blasphemy.

At the bottom line, Iran and Saudi Arabia have long been locked in a struggle for dominance in the Muslim world that has fuelled violence, created breeding grounds for extremism, and brought the Middle East and North Africa to the edge of an abyss. Tackling symptoms or only specific players rather than root causes threatens to fuel the fire rather than extinguish it.

Dr. James M. Dorsey is a senior fellow at the S. Rajaratnam School of International Studies, co-director of the University of Würzburg’s Institute for Fan Culture, and the author of The Turbulent World of Middle East Soccer blog, a book with the same title, Comparative Political Transitions between Southeast Asia and the Middle East and North Africa, co-authored with Dr. Teresita Cruz-Del Rosario and a forthcoming book, Shifting Sands, Essays on Sports and Politics in the Middle East and North Africa.

Previous articleAmericans, You gonna build the wall? Well listen to what we have to say then – World
Next articleWell done to Hrithik Roshan who decided to do something special on his birthday

20 September 2021
Previous articleAmericans, You gonna build the wall? Well listen to what we have to say then – World
Next articleWell done to Hrithik Roshan who decided to do something special on his birthday

Youth’s future dependent upon how we confront poverty