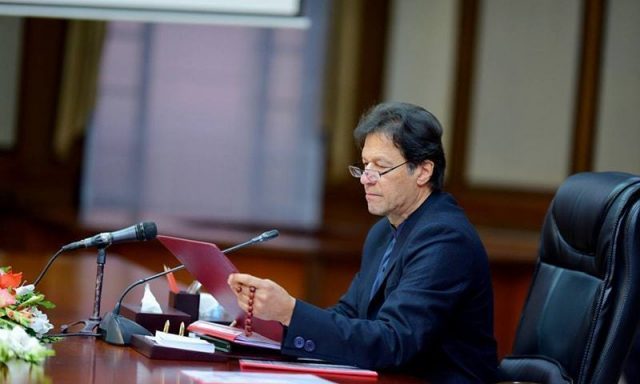 The Federal Cabinet has rejected the request of the Ministry of Interior to immediately remove the names of 20 people including Murad Ali Shah, Chief Minister Sindh, Bilawal Bhutto Zardari, PPP Chairman, and others from the Exit Control List (ECL). Supreme Court of Pakistan had also ordered to remove the names of Bilawal Bhutto and Murad Ali Shah, CM Sindh, from both ECL and JIT Report.

A Federal Cabinet meeting was held on Thursday, January 10 in which important decisions were taken on different issues including the appointment of new Chairman CDA. Cabinet also considered the issue of taking off names from ECL as recommended by Supreme Court on 7th January and later by Ministry of Interior. It, however, decided not to take off any names from ECL till it receives the written orders from Supreme Court.

Regarding the recommendations from Ministry of Interior to take off 20 names from ECL, Cabinet ended up creating a “Four Member High Powered Committee” consisting of Law Minister, Interior Minister, State Minister for Accountability, and Secretary Interior with the directions to examine each name, case by case.

While addressing a press conference after the cabinet meeting, Information Minister Fawad Chaudhry said, “We had placed 172 people on ECL at the request of JIT. Asif Ali Zardari and Faryal Talpur are central characters involved in fake accounts case.”

The interior minister had requested to remove 20 names from ECL; however, cabinet turned down the request saying, “The names will remain on ECL and cabinet will wait for Supreme Court’s written order for the final decision on taking the names off from no-fly list”. Information minister also hinted that after reading the written orders, the government may even decide to file a review. This is an interesting development and needs political analysis.

In the light of Joint Investigation Team’s report, (JIT Report) the cabinet had earlier decided to put the names of 172 individuals involved in mega fake accounts scam on ECL. Supreme Court, however, while hearing the case on Monday, Jan 7, ordered the removal of Murad Ali Shah and Bilawal Bhutto Zardari from the ECL.

Why did SC order removal of Bilawal’s, Murad’s names from ECL?

As the hearing went underway, CJP Nisar asked why the name of Bilawal Bhutto Zardari was included in the Joint Investigation Team’s report. “What did Bilawal do that he has been involved in the matter by JIT?” CJP asked. “Remove his name from JIT report,” ordered CJP Nisar. He also ordered to remove the name of CM Sindh from ECL.

It is pertinent to mention that the JIT–probing the mega money laundering and fake bank accounts case that involves bigwigs –had on Dec 24, submitted its 128-page final report to the apex court which included recommendations for filing 16 NAB references.

The JIT disclosed a nexus between a troika of the Zardari Group, Omni Group, and Bahria Town. The report revealed that at least 29 bank accounts identified as fake, opened through Omni Group had been used for money laundering of Rs. 42 billion. The accounts had been engaged with direct transactions with Zardari group, Bahria Town, Sindh Government departments; however, the ultimate beneficiary of money laundering was Zardari family.

After the JIT report became public, the PTI government had taken a very firm stand on it. In December, 2018, after the JIT report, Fawad Chaudhary while conversing with TV anchorperson Dr. Moeed Pirzada on his program “Live with Moeed Pirzada” on GNN had said, “Government stands firmly on its principle demand that CM Sindh Murad Ali Shah should resign because his name has been mentioned in a very detail fashion in the JIT report submitted to Supreme Court in the corruption of the fake accounts by the Omni group.” “There is no option for him but to resign”, he added.

Government’s reluctance: What does it mean?

Cabinet’s refusal to immediately take off names from ECL is an important political development. It suggests a number of things: One, Government is very firm on JIT report, it takes a very severe view of the details of mega corruption revealed by JIT and has repeatedly demanded the resignation of CM Sindh, Murad Ali Shah. PTI government also derives its political support from urban middle classes that demand accountability of public office holders and remain very suspicious of the kind of political compromises PMLN and PPP governments were widely believed to be striking with each other.

Second, Cabinet is not happy with Supreme Court making an arbitrary decision of taking off names from ECL. Court’s sudden decision had put the government in an awkward light. The decision to wait for written orders means that the government wants to see the reasons court cites for taking off names. Information minister’s hint that the government may even consider a “Review” adds a wholly new dimension. The court will now have to explain itself and since court’s reasoning creates a precedent for itself and subordinate courts and government bodies, therefore, it will be somewhat tricky. While the case of CM Sindh is relatively straight forward, but what reasoning court adopts in case of Bilawal Bhutto, Chairman PPP, remains to be seen.

Finally, it is obvious that Chief Justice Saqib Nisar is retiring on 17th Jan, in less than a week. And the new Chief Justice, Justice Asif Saeed Khosa, already notified, is believed to have a far stricter view towards challenges of mega corruption. Justice Khosa is widely believed to be the moving spirit behind the famous April 20th, 2017 decision that led to the creation of a high powered JIT to look into the affairs of the Sharif family.

Pakistan plans to spend $6b to create jobs amidst covid crisis,...

News Desk - 7 May 2021
Pakistan plans to boost spending on large infrastructure projects by as much as 40% to create jobs and foster productivity in an economy crippled...

Imran Khan lashes out at PM over asset whitening scheme