California moms on frontline of battle against homelessness

California moms on the frontline of a battle against homelessness: When Dominique Walker moved back from Mississippi to her native California last year. 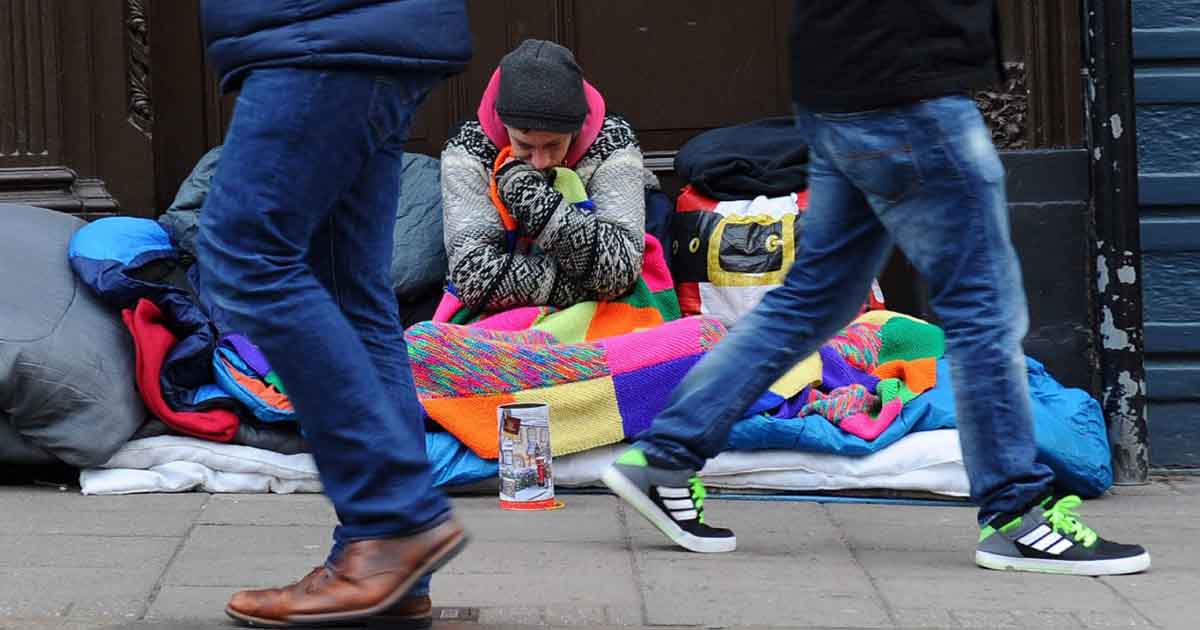 When Dominique Walker moved back from Mississippi to her native California last year, she planned to pursue a nursing degree while caring for her two small children.

But she and other moms and their children ended up living as squatters in a bold, high-profile protest against homelessness.

And today the 34-year-old has come to symbolize a crisis that has reached historic proportions in one of America’s wealthiest states.

Walker became the latest casualty of the housing crisis after moving back to Oakland, about 13 miles (20 kilometers) east of San Francisco, last April to escape domestic violence.

California moms on frontline of battle against homelessness: When Dominique Walker moved back from Mississippi to her native California last year, she planned to pursue a nursing degree while caring for her… https://t.co/DlJgXhoqJ1 #25thAmendmentNow #ImpeachTrump #TheResistance pic.twitter.com/5zvUYcoxGO— Patrick (@cahulaan) February 8, 2020

She initially stayed with family and in hotels as she looked for housing but quickly realized she could not afford sky-high rental prices in the Bay Area.

“There are programs to help but nothing worked,” said Walker, who now works full time as a community outreach organizer for a tenants rights group. “I tried different agencies and got no help.

With nowhere to turn, and aware that she was on the verge of homelessness, Walker and several other mothers in the same predicament occupied a vacant house in Oakland in November, hoping to raise awareness about an epidemic ripping communities apart.

Read more: Arab migrants left on the streets in Spain

Their gamble worked. The group, known as Moms 4 Housing, were evicted from the house last month but not before their initiative garnered national attention and prompted officials to vow to do more to address an issue that has become the Democratic state’s most vexing and shameful.

Walker lived there with her one-year-old son Amir and five-year-old daughter Aja. Along the way, during the 58 days they and the other moms and kids lived in that house on Magnolia Street, little Amir took his first steps.

The owner of the house, real estate investment group Wedgewood, eventually agreed to sell the property to a non-profit that acquires land and property for affordable housing.

“The attention that our movement has gotten is indescribable,” said Misty Cross, 39, one of the mothers who occupied the house and now lives in a shelter while working as a caregiver.

There are more homeless Australians today than ever before – and the fastest growing group is older women.

They are our mums, our sisters, our aunties and our grandmothers.

“We didn’t see anyone trying to fight for the little people so we decided to step up and put our lives on the line to speak up for the ones that are not being spoken for.”

According to city officials, an estimated 4,071 people were living on the street, in shelters or in their cars in 2019 in Oakland, a 47 percent increase in two years.

Activists, however, estimate the number is probably higher than 6,000, as many people in the city that has a population of 425,000 sleep on someone’s couch or in a hotel and are not included in the official count.

“Homelessness in Oakland has grown at a faster rate in the last few years than we’ve seen at any point in our history,” said city council president Rebecca Kaplan, who has been working closely with Moms 4 Housing.

She said the main reason for the jump is residents losing their home because of foreclosure, rising rents, and real estate speculators like Wedgewood who drive up housing prices and exacerbate the crisis.

Wedgewood in the last several months alone has purchased 50 homes in Oakland, a spokesman for the company told AFP.

Compounding the problem, Kaplan said, is a booming economy in San Francisco and the Silicon Valley — the most expensive metro area in the country — where thousands of jobs are being created with little affordable housing being built in the region to absorb the increased workforce.

“We have reached a crisis point in the last two years,” said Carroll Fife, a regional director with the Alliance of Californians for Community Empowerment, where Walker is employed.

“It’s a combination of several issues that have just come together to create the perfect storm of unsustainable housing, lack of affordable housing.”

Fife said that unless city, state and federal officials take emergency measures to tackle the crisis and address housing as a human right, more actions like the one undertaken by Moms 4 Housing will take place.

Volunteering has played a huge part in Manchester’s battle against homelessness.

Dermot wants to help others who are in similar situations, through @KMPG’s volunteer programme he is able to support the groups that have helped him. @BoothCentre @businessinthecommunity

“Our city, our state, our federal government can do more to end this,” she said, as she took AFP on a tour of the homeless encampments throughout the city.

“If they wanted to, they could end it today.”

Walker, who has found housing in nearby Berkeley, said she plans to continue for now to be the voice of the homeless and hopes to eventually complete her nursing degree.

“We are the new faces of homelessness,” she said. “I’m simply a mother trying to raise her children.

“You don’t understand homelessness when you think that it only affects people who might be drug addicts or have mental issues,” she added.

“I would encourage everyone to join the movement because we are all — teachers, nurses, laborers — so much closer to being homeless than we are to being billionaires.”

Robin Williams possessions up for auction in New York

Bushra Bibi is more than a mother to me: Noor Bukhari