Can Coronavirus spread through breathing & speaking? Can face mask help?

Fears among the American people spiked after US scientist's warning about normal breathing and talking. How long can coronavirus survive in air and can face mask help? 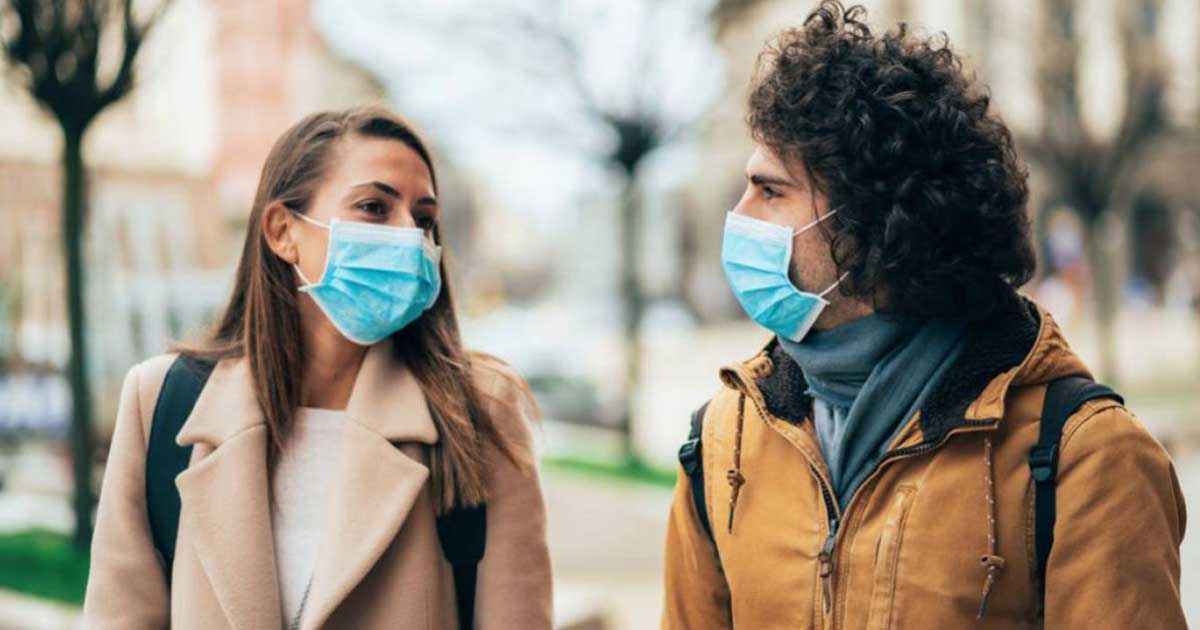 The new coronavirus might spread through the air via normal breathing and speaking, a top US scientist said Friday as the government was poised to recommend the use of face masks for everyone.

Anthony Fauci, head of infectious diseases at the National Institutes of Health, told Fox News the guidance on masks would be changed “because of some recent information that the virus can actually be spread even when people just speak, as opposed to coughing and sneezing.”

As it stands, the official advice is that only sick people need to cover their faces, as well as those caring for them at home.

Fauci’s comments come after the National Academy of Sciences (NAS) sent a letter to the White House on April 1 that summarized recent research on the subject.

It said that though the research isn’t yet conclusive, “the results of available studies are consistent with aerosolization of virus from normal breathing.”

Until now, US health agencies have said that the primary pathway of transmission is respiratory droplets, about one millimeter in diameter, expelled by sick people when they sneeze or cough.

These quickly fall to the ground around a meter away. But if the virus can be suspended in the ultrafine mist we expel when we exhale, in other words an aerosol, it becomes much harder to prevent its spread, which in turn is an argument in favor of everyone covering their faces.

A recent NIH funded study published in the New England Journal of Medicine found that the SARS-CoV-2 virus could become an aerosol and remain airborne for up to three hours.

This triggered a debate even as critics said the findings were overblown because the team behind the study used a medical device called a nebulizer to deliberately create a viral mist and argued this would not occur naturally.

Read more: US blocked Chinese products before Coronavirus, But now the case has turned upside-down

The NAS letter pointed to preliminary research by the University of Nebraska Medical Center that found the genetic code of the SARS-CoV-2 virus, its RNA, were found in hard to reach areas of patients’ isolation rooms.

The NAS scientists also pointed to two other studies — both not yet peer reviewed — from Hong Kong and from mainland China.

The Hong Kong researchers collected viral samples from patients with the coronavirus and other viral respiratory illnesses, and gave some of the patients face masks. The masks reduced the detection of both droplets and aerosols for coronavirus patients.

The Chinese paper on the other hand raised concerns that personal protective gear used by health care workers could itself be a source of airborne virus.

The team studied hospitals in Wuhan and found that there were two major areas where the virus was aerosolized: the bathrooms of patients, and rooms where medical staff removed their protective gear.

This may be because doffing protective gear causes the particles to get re-suspended in the air. Even if these particles are not of breathable size, they could settle on people’s hands and bodies, the NAS panel said.

So far, the World Health Organization (WHO) has been more cautious on the airborne threat.

In an analysis published on March 29, it wrote that aerosol transmission was only known to occur during particular medical treatments that required assisted breathing.

On the recent preliminary research, such as the University of Nebraska’s paper, the WHO cautioned that the detection of the virus’ genetic code in patient’s rooms did not necessarily amount to viable amounts of the pathogen that could be transmitted onward.