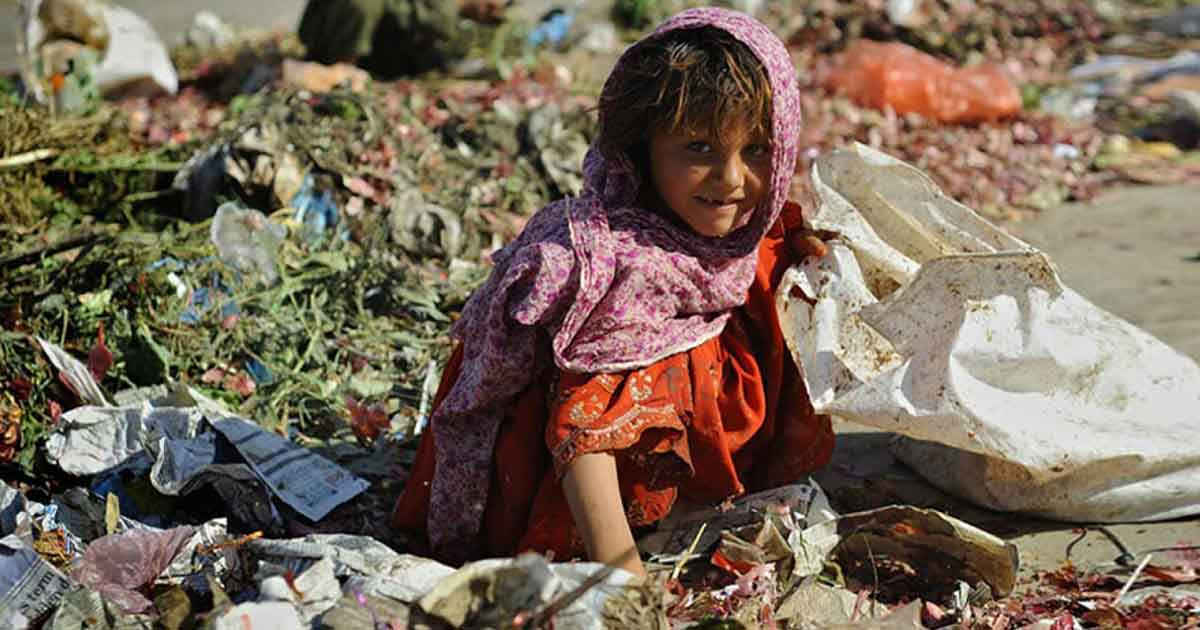 As the centerpiece of its human sector development and poverty alleviation initiative, Imran Khan’s PTI government has been pursuing the ‘Ehsaas’ program. This program, for which the Prime Minister released a ‘policy statement’ in April of this year, claims to encompass “4 focus areas and 115 policy actions to reduce inequality, invest in people, and lift lagging districts”.

Specifically, the four pillars include; 1) “addressing elite capture and making the government system work to create equality”; 2) “safety nets for disadvantaged segments of the population”; 3) “jobs and livelihoods”; and 4) “human capital development”. Conspicuously, however, the Ehsaas program finds no specific mention of one of the most appallingly neglected segment our society: the ‘street children’.

In partial fidelity to this ideal, for the protection of the street children, some years ago, the Government of Punjab passed The Punjab Destitute And Neglected Children Act, 2004.

The sight of children begging all across the cities and towns of Pakistan – on street corners, in bustling market places, parking lots, and outside mosques – has become all too familiar to have any heart-wrenching effect on the general populi. Most of us ignore their existence as mere inconvenience, clinging to our air-conditioned car window at the signal.

A few amongst us, who nurture a stronger sense of compassion than others, gloat in the magnanimity of handing out pocket-change to them; our good deed of the day. And then, as the traffic light turns green, we speed away in the comforts of our cocooned world, without sparing so much as a thought for the destitute child left behind in the wake of a speeding car.

These children, mostly of such tender age as to be absolutely oblivious to the unfolding tragedy of their life, are still the children of our Constitution and the law. They are still the children of our society and its conscience. And though their condition is owing to circumstances not of their own creating, it certainly is a consequence and reflection of our attitude towards those whom destiny has dealt an unfortunate hand.

Who are these children a responsibility of? Are they, because of an accident of birth, forever consigned to live an unfulfilled life? Is opportunity, education, even food and shelter, the birthright of only a select few in this country? Do we, as a society, as a people, as a humanity, owe no part of ourselves to them?

Will these children and their fate forever be invisible in a self-consumed society? Will our laws, its implementation and enforcement, forever remain impotent in rescuing these children from the depths of their solitary misery? Or is there some way for us to find the necessary state resources and individual efforts that extend the promise of a full life to these unfortunate street children?

In constitutional democracies, the entire span of law and policy is written under what John Rawls called the ‘veil of ignorance’. This theory entails that before codifying any legal framework, one should imagine not knowing who you might be born as in the society. In Pakistan, for example, one could be born as a male or a female, rich or poor, Muslim or non-Muslim, Punjabi or Balochi.

This failure of our humanity as well as of our laws, is not simply the abdication of some legal responsibility. It amounts to committing a crime against humanity.

And, through this assumption, the law should be written in a manner that, regardless of who you are born as, you would still feel comfortable and protected in the embrace of the constitutional paradigm. Specifically, this entails that the law should extend compassionate measures to those who have been unfavored by the hand of destiny.

In partial fidelity to this ideal, for the protection of the street children, some years ago, the Government of Punjab passed The Punjab Destitute And Neglected Children Act, 2004. This Act envisages an ambitious program of protecting and rehabilitating the destitute and neglected children of the Province of Punjab.

To this end, Section 5 of the Act creates a Child Protection and Welfare Bureau, governed (under Section 6 of the Act) by a Board of Governors comprising of, inter alia, the Chief Minister Punjab, Minister/Advisor on children rights, and Secretaries from the Home, Social Welfare, Education and Health Departments.

Read more: Dr. Sania teams up with Bill Gates against polio and poverty

Furthermore, after promulgation of the Eighteenth Constitutional Amendment, it is now the responsibility of the State functionaries to ensure that such children are provided free and compulsory education (under Article 25-A of the Constitution), so as to guarantee that their lives are not forever trapped in the vicious circle of illiteracy, crime and poverty.

Despite the mandate of the Constitution, as well as the law, no special measures worth mentioning have been taken by respective governments, for the protection of these children. There are families (if you can call them that) who have turned child begging into a profession. There are others still who inflict unconscionable cruelty onto borrowed and kidnapped children, just to make them more ‘appealing’ as beggars on our streets.

The PTI government must pay attention to the plight of these children. And the Ehsaas program must purposefully extend its arms to embrace their broken lives.

And if we, as regular citizens of this country, know exactly where to find such children, the governmental departments that are Constitutionally and legally responsible for their well-bring and protection, certainly know where they are.

What then could be the reason for the inaction of the State to protect these children, is beyond comprehension.

In the circumstances, there is only one inescapable conclusion: that the State, the Courts, and more generally the society, has failed and are continuing to fail to implement the mandate of our law as well as the conscience of our humanity. We have resigned to the fact that these are not our children. That their misery is not our misery. That their pain and suffering is of no consequence to us. And that their future has no impact on ours.

This failure of our humanity as well as of our laws, is not simply the abdication of some legal responsibility. It amounts to committing a crime against humanity. And whether or not the laws of our country hold us accountable for this inexcusable neglect, the court of history, as well as the Divine judgment, will certainly hold us guilty.

The PTI government must pay attention to the plight of these children. And the Ehsaas program must purposefully extend its arms to embrace their broken lives.

Saad Rasool is a lawyer based in Lahore. He has an LL.M. in Constitutional Law from Harvard Law School. He can be reached at saad@post.harvard.edu, or Twitter: @Ch_SaadRasool. This article was originally appeared at The Nation and has been republished with author’s permission. The views expressed in this article are the author’s own and do not necessarily reflect the editorial policy of Global Village Space.

Is the ‘Pashtun Tahafuzz Movement’ being exploited?