Can Iran help reach a lasting peace in Afghanistan? 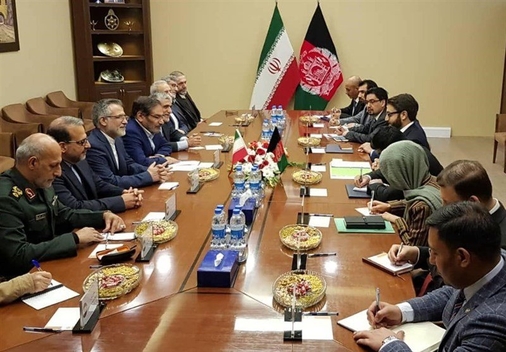 Progress has been reported in peace talks between US envoy Zalmay Khalilzad and the Taliban, but without the participation of the Afghan government, it seems premature to assume that an agreement will be reached soon. Could Iran play a constructive role in achieving an end to America’s longest war?

Despite their lack of diplomatic relations and enduring hostility, Iran and the United States have kept some channels of dialogue open since the 1979 revolution. These channels facilitated an end to the hostage crisis, the selling of US arms to Tehran in the Iran-Contra affair and preceded the US invasions of Afghanistan and Iraq under the George W. Bush administration. Communication became formalized under the Obama administration and continued even under the Trump administration until its unilateral withdrawal last year from a 2015 nuclear agreement.

The country has broad investments in Afghanistan and a common and volatile border. Drug trafficking emanating from Afghanistan, and most importantly, an insurgency that could spill over into Iran, are all of great concern to Tehran.

While there is no acknowledged dialogue now, Khalilzad has a record of contacts with Iran dating to his positions in the George W. Bush administration as a senior official on the National Security Council and later ambassador to both Afghanistan and Iraq. Born and raised in Afghanistan, Khalilzad speaks Dari, a language closely related to Persian.

Iran and the US cooperated during the 2001 Bonn conference that created the first post-Taliban government in Afghanistan. Iran brought together warlords who were at odds with each other to support the new government and even contributed what for Iran was a huge amount of $500 million to Afghan post-war reconstruction.

According to James Dobbins, the US special envoy to Afghanistan at the time, Iran made positive contributions to stability in Afghanistan and facilitated the inauguration of Hamid Karzai as president. The Bush administration’s decision to include Iran with Saddam Hussein’s Iraq and North Korea on an “axis of evil” changed the course of US-Iran cooperation and undercut prospects for other diplomatic breakthroughs.

As the US seeks now to withdraw its 14,000 troops from Afghanistan, Iran cannot be ignored as an influential regional player. The country has broad investments in Afghanistan and a common and volatile border. Drug trafficking emanating from Afghanistan, and most importantly, an insurgency that could spill over into Iran, are all of great concern to Tehran. Iran is now openly in talks with the Taliban and says the aim is to bring the Taliban and the government of Ashraf Ghani together—the same goal enunciated by Khalilzad. Iran has notified the Afghan government before talks and has briefed the government afterward.

A member of the National Security and Foreign Policy Commission of Iran’s parliament, Seyed Ghasem Jasemi, told ICANA (the Islamic Consultative Assembly News Agency) that “given the complexity of restoring peace and stability to Afghanistan, it seems this tangled up issue will not be resolved without the support of significant regional players such as Iran.”

A major issue between the Taliban and the Afghan government is that the Taliban has continued to stage terrorist bombings in an apparent effort to increase its leverage in negotiations.

Iranian Foreign Minister Mohammad Javad Zarif went a bit farther when he said in an interview with India’s NDTV on January 9 while visiting New Delhi that a future Afghanistan without any role for the Taliban would be “impossible.”

Shah Hossein Mortazavi, the deputy spokesperson for the Afghan president, criticized Zarif and in a Facebook post, accused Iranian officials of acting “in the role of Taliban spokesmen.” Mortazavi deleted the post later but his comments resonated with many Afghans on social media.

A major issue between the Taliban and the Afghan government is that the Taliban has continued to stage terrorist bombings in an apparent effort to increase its leverage in negotiations. This has often caused the government to pull back from talks due to psychological and emotional pressure from the population and an outcry over the lack of security. Today, however, the government appears to have no option but to continue talks given the US desire to withdraw troops and the Taliban’s enduring strength.

The Taliban’s goal has always been to portray itself as the only possible alternative for the country’s future governance. The Taliban may have the support of some sectors of the Afghan population of the countryside they control. However, general anti-Taliban views in Afghanistan, due to their current and past brutality and violence, cannot be ignored.

Afghans have sacrificed enormously to achieve their current political system and institutions, despite many shortcomings. The international community should not ignore the achievements of the last seventeen years, such as an improvement in the status of women and recognizing all ethnicities by Afghanistan’s constitution, in order to reach a peace deal with the Taliban.

The treatment of the Taliban by coalition forces after the fall of their government in 2001—placing them in the same category as foreign insurgency groups such as al-Qaeda—was a grave mistake. However, the Taliban cannot turn the clock back. The Taliban should be willing to become part of Afghanistan’s political life or conflict will continue.

It is imperative to use all available resources to bring lasting peace to Afghanistan. Neither the US nor the Afghan government has enough leverage to deal with the Taliban alone.

The US has clearly tired of its long intervention in Afghanistan but needs to ensure that the country does not again become a haven for terrorists plotting against the US and its allies. However, a solution will require support from all of Afghanistan’s neighbors.

The Trump administration’s tone toward Pakistan has softened since mediation efforts with the Taliban by Prime Minister Imran Khan’s government have accelerated. US financial aid to Pakistan was cut abruptly last July. Defending the cut, President Donald Trump said Pakistan “doesn’t do a damn thing for us” to prevent insurgents using the country as a safe haven. But Trump soon after sent a letter to Khan asking for Pakistan’s cooperation to bring the Taliban into talks. This month, as part of his mission, Khalilzad traveled to Pakistan for talks with the Pakistani government about peace in Afghanistan.

Now the question is: If Khalilzad can travel to Pakistan, why not to Iran?

It is imperative to use all available resources to bring lasting peace to Afghanistan. Neither the US nor the Afghan government has enough leverage to deal with the Taliban alone. One of the effective players is Iran and differences with Tehran over other issues should not be a barrier to achieving a stable Afghanistan.

Fatemeh Aman is a nonresident senior fellow in the Atlantic Council’s South Asia Center. Follow her on Twitter @FatemehAman. The views expressed in this article are author’s own and do not necessarily reflect the editorial policy of Global Village Space.

Previous articleMilitary steps in as Australia floods bring crocs to the streets
Next articleNetanyahu-Modi duo: A lethal combination

24 July 2021
Previous articleMilitary steps in as Australia floods bring crocs to the streets
Next articleNetanyahu-Modi duo: A lethal combination

Is it worth the risk? – The American Iran Nuclear Agreement