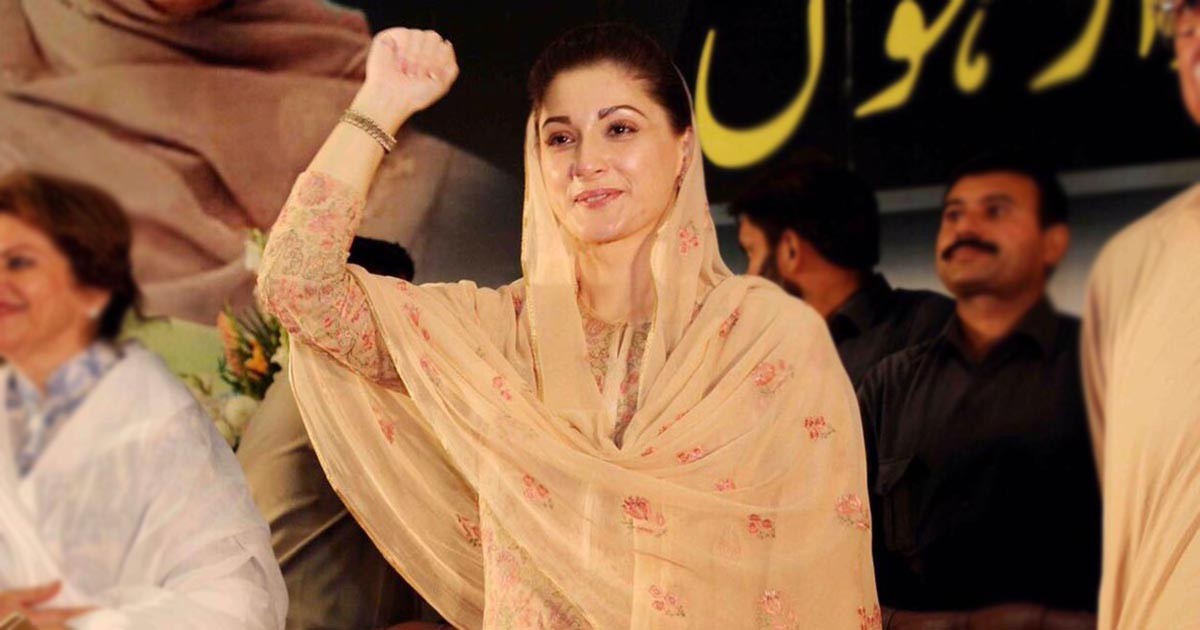 The Elec­tion Commission of Pakistan has deferred judgment on whether Maryam Nawaz can hold a party position to the 3rd of September.

The ECP announced its judgement on a petition challenging the appointment of former Prime Minister Nawaz Sharif’s daughter Maryam Nawaz as vice president of the Pakistan Muslim League-Nawaz (PML-N).

If the decision goes against her it is likely to weaken political position of Maryam Nawaz who is already in the custody of the National Accountability Bureau (NAB) over money laundering charges. However, if the petition is dismissed it will give an important boost to Maryam Nawaz.

A three-member commission, headed by Chief Elec­tion Commissioner retired Justice Sardar Muhammad Raza, had reserved the judgement on Aug 1 after hearing arguments for and against the appointment and set Aug 27 for its announcement.

PTI had challenged the appointment of Maryam Nawaz and contending that Maryam could not hold any party position as she was convicted by a court of law on July 6, 2018, in a corruption case (Avenfield reference), filed by the NAB.

The PML-N leader had requested the ECP to dismiss the plea, arguing that there was no restriction in the Constitution and Election Act on a convicted person holding a party’s vice presidency. The party always maintained that the allegations leveled by the PTI are politically motivated and do not have any valid grounds.

Moreover, PML-N’s lawyer Barrister Zafarullah Khan rejected the petition as non-maintainable. Furthering his argument, he said that the ECP is responsible for holding national elections, not party elections. “Maryam Nawaz has not been elected for the position of party vice president. Her selection to the position does not affect the rights of any of the petitioners,” the lawyer argued.

Read more: ECP to hear PTI’s petition against Maryam’s party position on May 27

“Maryam was given the position on the basis of the party constitution and the PML-N constitution has been approved by the ECP,” the lawyer said, wrapping his arguments against the maintainability of the petition. The ECP then said that the verdict shall be announced on 27th August.

The accused were also disqualified to contest election or to hold public office for a period of 10 years to be reckoned from the date they are released after serving the sentence and they shall not be allowed to apply for or to be granted or allowed any financial facilities in the form of a loan for a period of 10 years from the date of their conviction within the meaning of section 15 of NAO 1999.

From a legal point of view, the government has, therefore, a strong case against the appointment of Maryam Nawaz Sharif, as Vice President PMLN, given that her conviction, in a criminal case, has not been set aside.

On 19 September 2018, the Islamabad High Court suspended the Avenfield Apartment Case decision of the NAB court. The divisional bench of the IHC that ordered suspension till the final judgment was headed by Justice Athar Minallah and Justice Gul Hasan Aurangzeb. Subsequently, the suspension ordered by IHC was challenged by the NAB in the Supreme Court of Pakistan (SC) to which the SC severely criticized the broad sweep of the decision making by the IHC.

IHC Went Beyond its Jurisdiction?

The general criticism was primarily based on the role of IHC that went beyond the remit of the high court which was, in that case, only limited to the provision of bail and not necessarily the suspension of the decision of the NAB court.

From a legal point of view, the government has, therefore, a strong case against the appointment of Maryam Nawaz Sharif, as Vice President PMLN, given that her conviction, in a criminal case, has not been set aside. While major political leadership of the PTI government have voiced their concerns over Maryam Nawaz’s appointment, it is still not clear if the government will legally challenge her position as the newly appointed Vice President of the PMLN.

Previous articleThese are the reasons why you shouldn’t keep your emotions bottled in!
Next articleWill Lahore High Court remove Arshad Malik from service?

23 July 2021
Previous articleThese are the reasons why you shouldn’t keep your emotions bottled in!
Next articleWill Lahore High Court remove Arshad Malik from service?

Asif Zardari is not thinking of returning money to the government, Sardar Latif Khosa

Pakistan’s culture of Politics thrives on the many Nihal Hashmis