Can Pak-US ties be reconfigured amid hardened positions? 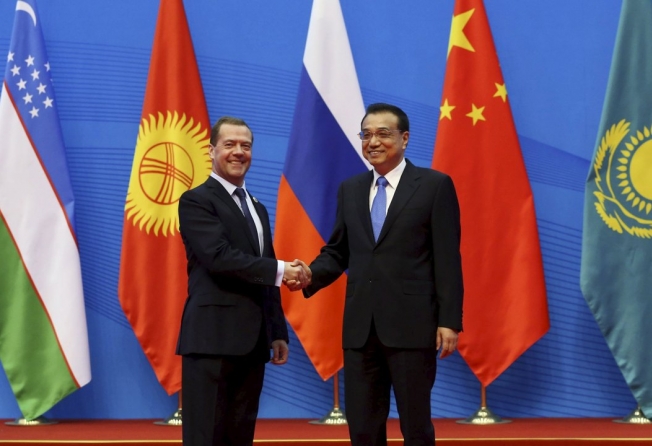 According to US officials, President Donald Trump’s administration appears ready to harden its approach toward Pakistan to crack down on Pakistan-based militants launching attacks in neighboring Afghanistan, US officials told Reuters.

The Administration has a few options on the table. They include expanding US drone strikes, redirecting or withholding some aid to Pakistan and eventually downgrading Pakistan’s status as a major non-NATO ally, the officials said.

Most voices in Washington have called for severing ties with Islamabad and have called upon the US to declare it a sponsor of terrorism. Some have gone on to suggest launching strikes inside Pakistan.

However, some officials caution against the application of exceeding pressure on Pakistan and call for measures to elicit cooperation.

Read more: Is Pakistan still indispensable for the US in the region?

US officials have called Pakistan an important ally and one that can bring Taliban to the talking table. Pakistan is an ally on counter-terrorism issues and will be essential for bringing the Afghan Taliban to the table for peace talks, says acting Assistant Secretary of State for Political-Military Affairs Tina Kaidanow.

Adding to it was US State Department’s spokesperson, Heather Nauert. He said “the United States and Pakistan have a close partnership on regional peace, security, prosperity, and stability. And we continue to work with the government of Pakistan on areas — many areas of mutual interest, including counterterrorism.”

The conduct of ties is not commensurate with the ally status that some voices in Washington are giving to Pakistan.

The acknowledgment of Pakistan’s role in peace efforts in Afghanistan is a step in the positive direction on part of the US. At the outset, it is important to understand that given the tenuous situation in Afghanistan, healthy Pak-US ties are essential. However, the US is trying to twist Islamabad’s arm, something which will further vitiate ties between the two countries.

Senior Associate at the Wilson Center and a prominent scholar on South Asia, Michael Kugelman was optimistic about the prospects of cooperation between the two countries. In his exclusive interview with the Global Village Space (GVS) he said that contrary to popular beliefs, Pakistan may get more carrots than expected.

Read more: Trump outsources the Afghan policy to his generals

“I think there is something to be said for the fact that the retired generals in the Trump administration, and especially McMaster and Mattis, have good relations with Pakistan from their deployment in the region. With Af-Pak seemingly being led by the Pentagon, there could be an opening for a policy with more carrots and less sticks than we may have expected,” he said.

On the question of military options that the US could use against Pakistan he replied “if the US does resort to military action in Pakistan, it would be restricted to drones. I can’t imagine anything beyond that.

He said that it is difficult to think of starting points to bridging mistrust in a tense relationship such as this but ties can improve if both assuage each other’s fears.

“My own view is that if each side were to better acknowledge the concerns of the other, there could be progress. If Pakistan acknowledged that the US has good reason to worry about the Haqqani Network presence in Pakistan, and if the US acknowledged the problem of Afghanistan-based terrorists that target Pakistan, then that could be a big step forward, he added.

The US is adamant upon Pakistan clamping down the Haqqani Network, which it feels is being espoused by Pakistan. While Pakistan says that it is the biggest victim of and best combatant of terrorism which emanates from Afghan territory under Indian influence.

Read more: With rising trouble in Afghanistan, US Congressman calls to ‘strike’ Pakistan

Both countries need to understand each other’s concerns. Pakistan’s policy in Afghanistan is based upon its fear of encirclement by India. It feels that given the perennially hot eastern front it can ill-afford to have Kabul pandering to Indian interests.

Often Pakistani concerns are brushed aside but are still talked about in policy circles. Last month US top intelligence chiefs admitted that Pakistan was apprehensive of India. Director National Intelligence, Daniel R Coats described Pakistan’s strategic thought and worldview in a congressional hearing. “Pakistan is concerned about international isolation and sees its position through the prism of India’s rising international status, including India’s expanded foreign outreach and deepening ties to the United States,” he said.

Pakistan views Afghanistan — or desires for Afghanistan some of the same things we want: a safe, secure, stable Afghanistan. One addition — one that does not have heavy Indian influence in Afghanis­tan.

He was supported on this assertion by the chief of the Defense Intelligence Agency, Lt General Stewart. While talking about Pakistan’s India bogey he said “Pakistan views Afghanistan — or desires for Afghanistan some of the same things we want: a safe, secure, stable Afghanistan. One addition — one that does not have heavy Indian influence in Afghanis­tan.”

This could be seen as a window for enhanced cooperation as the health of ties is important for regional peace, something which is acknowledged by one and all.

The sound, smoke, and fog of blasts in Afghanistan echoes far away from the region in Washington. The Afghan saga and its likely solutions are under intense discussions in the US over the last few months. As the Taliban and the ISIS step up their campaign against the Afghan and foreign forces, the US is all in readiness to promulgate a new Afghan policy.

Read more: The key to peace in Afghanistan: Bringing all the regional players on the same page

The Trump Administration has given the prerogative of deciding to send thousands of more troops in Afghanistan, clearing the way for the military to ramp up its fight against the Taliban and the Islamic State in the region. It is expected that the US will be in for a long haul against both belligerents.

The decision is expected to be announced soon. After conversations and indications to the effect since the employment of MOAB in April, the US is all set to pander to the views of field commanders in Afghanistan. The policy has been outsourced to the Pentagon and it is expected that the US will be sending 4,000 additional troops in the country. The war-fighting capabilities of the Afghan Forces have been beaten comprehensively by the Taliban over the past two months; this is chiefly responsible for making the US revert to its old Afghan strategy. The ISIS

Earlier this month Defense Secretary Jim Mattis told the Senate Armed Services Committee that the U.S. is “not winning” the war in Afghanistan and that he was ready to take measures to address the blatant resurrection of the Taliban and the meteoric rise of the IS Khorasani Group.

He vehemently stated that the Taliban could never be part of a democratic Afghanistan and avowed it quite categorically.

“As far as Afghanistan goes, as Secretary Tillerson said, the policy is under review, but at the same time, we’re up against an enemy that knows that they cannot win at the ballot box, and you think—we have to sometimes remind ourselves of that reality. That’s why they use bombs because ballots would ensure they never had a role to play, and based on that foundation, that they cannot win the support, the affection, the respect of the Afghan people. We will stand by them. They’ve had a long, hard fight, and Australia has been in this one from the very beginning, and the fight goes on. But the bottom line is we’re not going to surrender civilization to people who cannot win at the ballot box,” he categorically said.

The Afghan government along with Washington have accused Pakistan of harboring and supporting elements inimical to peace in the country. The US has been vociferous in asking Pakistan to “do more” especially against the Haqqani Network. The resumption of drone strikes inside Pakistan is part of US new policy which also applies to Pakistan.

The reference to Pakistan was made by NSA McMaster last month. “And so what we’ll have at the end of the next few weeks here is an opportunity for a much more effective strategy for the problem set in Afghanistan, Pakistan, and the region broadly,” Gen McMaster said last month.

Both countries are important stakeholders in the region, cooperation and not confrontation can help bring in elusive peace not only in Afghanistan but also in the region.

The US has already started to squeeze Pakistan. Last month the Trump Administration made a cut of US $100 million compared to the previous time – in its annual budget proposals under the Coalition Support Fund (CSF), a Pentagon program to reimburse US allies that have incurred costs in supporting counter-terrorism and counter-insurgency operations. Besides, the administration has proposed $344 million in financial assistance to Pakistan including $100 million in foreign military funding, a massive $190 million reduction in the grant as compared to the 2016 fiscal year.

Both countries are important stakeholders in the region, cooperation and not confrontation can help bring in elusive peace not only in Afghanistan but also in the region.