Can Raheel Sharif help to improve tense relations between Saudis and Pakistanis? 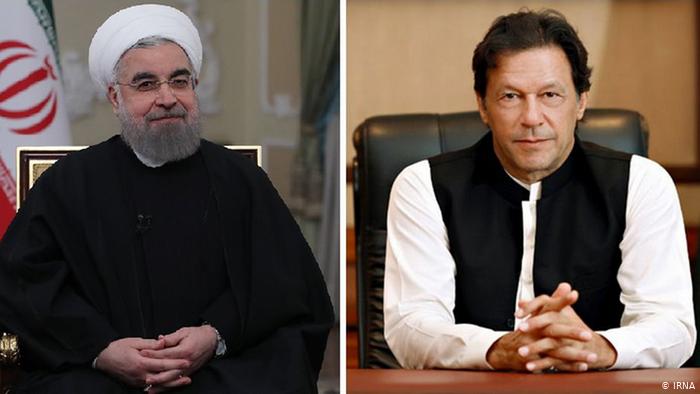 Controversy and uncertainty over the possible appointment of a Pakistani general as commander of a 40-nation, Saudi-led, anti-Iranian military alliance dubbed the Muslim world’s NATO goes to the core of a struggle for Pakistan’s soul as the country reels from a week of stepped-up political violence.

Remittances to Pakistan from Saudi Arabia dropped 5.8 percent over the last seven months while cheaper and better trained Indians and Bangladeshis have begun to replace Pakistani manpower

It also constitutes a defining moment in Saudi relations with Pakistan, historically one of the Gulf state’s staunchest allies and a country where the kingdom is as much part of the problem as it is part of the solution. Finally, whether the general accepts the post or not is likely to be a bellwether of the Muslim world’s ability to free itself of the devastating impact of Saudi-like Sunni ultra-conservatism and bridge rather than exasperate sectarian divides.

Retired Pakistani military chief of staff General Raheel Sharif’s acceptance of the command of the alliance, the Islamic Military Alliance to Fight Terrorism, would kill several birds with one stone. The alliance, created in 2015 to bolster Saudi Arabia’s two-year-old, flailing intervention in Yemen and counter Iran, has so far largely been a paper tiger.

The alliance has staged military exercises that appeared to target Iran but has not yet established a joint command or command infrastructure. The appointment of General Shareef could potentially help the alliance evolve into a force that is credible, assuming that he can overcome widespread hesitancy towards it across the Muslim world.

Read more: How to End Saudi Arabia’s War of Paranoia

Is Raheel Sharif’s appointment a favor?

In personal terms, the appointment would award Mr. Sharif for opposing the Pakistani parliament rejection in 2015 of a Saudi request for military support in Yemen.

The decision took Saudi Arabia by surprise given that Pakistan has been one of the world’s foremost beneficiaries, if not the largest, of the Saudi government and non-governmental largess and its dependency on remittances from Pakistani workers in the kingdom.

The appointment of General Sharif would have also been a favor to Prime Minister Nawaz Sharif, a politician, and businessman with close ties to the kingdom who like the general favored Pakistani military support in Yemen. It would remove the popular general as a potential political rival of the prime minister. Namesakes, Messrs Sharif are not related to one another.

The uncertainty about General Raheel’s appointment that has been lingering since it was first announced two months ago, and then been called into question is indicative of strains in relations between Saudi Arabia and Pakistan, once the closest of nations in the Muslim world.

Deportation of Pakistanis from the Kingdom

In a telling tale of the times, remittances to Pakistan from Saudi Arabia dropped 5.8 percent over the last seven months while cheaper and better trained Indians and Bangladeshis have begun to replace Pakistani manpower. Moreover, Saudi Arabia has deported 39,000 Pakistanis since October as part of its crackdown on militants.

Abdullah Ghulzar Khan, a Pakistani national who lived in Saudi Arabia for 12 years, last year blew himself up in a parking lot near the US consulate in the Red Sea port of Jeddah. Fifteen Pakistanis have since been arrested on suspicion of being militants. Two of them were believed to be part of a plot to attack the city’s Al-Jawhara Stadium with a truck carrying 400 kg of explosives during a Saudi Arabia-UAE soccer match that was attended by 60,000 spectators.

The arrests like the story of Tashfeen Malik, the Pakistani woman who together with her American-Pakistani husband, gunned down 14 people in San Bernardino, California, in December 2015, tell a much bigger tale about the risks inherent in Saudi backing at home and abroad, including Pakistan, of puritan, supremacist interpretations of Islam.

Ms. Malik moved with her parents to Saudi Arabia when she was a toddler to escape sectarian skirmishes and family disputes. In the kingdom, the family turned its back on its Sufi and Barelvi traditions that included visiting shrines, honoring saints and enjoying Sufi trance music, practices rejected by the kingdom’s austere Wahhabi form of Islam‎. The change sparked tensions with relatives in Pakistan, whom the Maliks accused in the Wahhabi fashion of rejecting the oneness of God by revering saints.

Ms. Malik turned even more conservative when she returned to Pakistan in 2009 to study pharmacology. She started attending religion classes at a branch of Al-Huda (The Correct Path) International Welfare Foundation, a controversial academy that has made significant inroads into Pakistan’s upper and middle classes and propagates an ideology akin to that of Saudi Arabia.

In a statement after the San Bernardino attack, Al Huda described itself as “a non-political, non-sectarian and non-profit organization which is tirelessly serving humanity by promoting education along with numerous welfare programs for the needy and destitute.” It said that it “does not have links to any extremist regime and stands to promote a peaceful message of Islam and denounces extremism, violence, and terrorism of all kinds.” The institution said that it could not be held responsible for “personal acts “of its students.

To be sure, Al Huda like Sunni ultra-conservatism in its various guises does not breed violence by definition. Yet, like any inward-looking, intolerant and supremacist ideology it creates potential breeding grounds in a given set of circumstances. Similarly, as in the case of the Islamic State (IS) or Al Qaeda, the shared basic tenets of ultra-conservatism has lead to the formation of groups that have turned on Saudi Arabia itself.

A newly formed alliance of IS and Pakistani Taliban that strives to impose strict Islamic law was responsible for the series of attacks in the last week that killed 83 people at a Sufi shrine in southern Punjab and targeted the Punjabi parliament, military outposts, a Samaa TV crew, and a provincial police station.

Complicating Pakistan’s struggle with militancy is the fact that massive, decades-long backing of ultra-conservativism by successive Pakistani political, military and intelligence leaders and Saudi Arabia has made it part of the fabric of significant segments of Pakistani society and education as well as key branches of the government and arms of the state.

That coupled with geopolitics and Pakistan’s increasingly troubled relationship with its religious and ethnic minorities is precisely what makes the proposed appointment of General Raheel so problematic.

Pakistan, a country with a long border with Iran and the world’s largest Shiite minority, has long been a major frontline in Saudi Arabia’s almost four-decade long covert proxy war with the Islamic republic, dating back to the 1979 Islamic revolution. Saudi Arabia, in cooperation with the Pakistani military and intelligence as well as senior government officials, has long backed militant sectarian groups that have helped push Pakistan towards Sunni ultra-conservatism and are responsible for a large number of deaths among Shiites, Ahmadis, Sufis and others.

General Raheel’s appointment would bring the chicken home to roost. By taking the command, General Raheel would give the alliance the credibility it needs:  a non-Arab commander from one of the world’s most populous Muslim countries who commanded not only one of the Muslim world’s largest militaries but also one that possesses nuclear weapons. The appointment would build on decades of Pakistani military support of Saudi Arabia dating back to war in Yemen in the late 1960s.

Yet, accepting the command would put Pakistan more firmly than ever in the camp of Saudi-led confrontation with Iran that Saudi political and religious leaders, as well as their militant Pakistani allies, often frame not only in geopolitical but also sectarian terms. Ultimately, it was that step that the Pakistani parliament rejected in 2015 when it refused to send troops to Yemen. Acceptance of the command by General Raheel would fly in the face of parliament’s decision.

Pakistani Shiite leaders, as well as some Sunni politicians, have warned that General Raheel’s appointment would put an end to Pakistan’s ability to walk a fine line between Saudi Arabia and Iran. It could raise the stakes in Balochistan, the province bordering Iran where separatists are agitating for independence and China has invested billions of dollars as part of its One Belt, One Road initiative.

Pakistani news reports suggest that General Raheel has sought to alleviate the risk by setting conditions that are unlikely to be acceptable to Saudi Arabia, including that Iran is invited to join the alliance and that he be the mediator in disputes among alliance members with no need to report to a higher i.e. Saudi authority. Iran reportedly advised Pakistan that it would work with General Raheel if he took the command to reach a negotiated resolution of the Yemen war.

Saudi Foreign Minister Adel Al-Jubeir, in a speech last weekend to the Munich Security Conference, laid out a vision that rules out General Raheel’s thinking. “Iran remains the biggest state sponsor of terrorism in the world. Iran has as part of its constitution the principle of exporting the revolution. Iran does not believe in the principle of citizenship. It believes that the Shiite, the ‘dispossessed’, as Iran calls them, all belong to Iran and not to their countries of origin. And this is unacceptable for us in the kingdom, for our allies in the Gulf and for any country in the world… So, until and unless Iran changes its behavior, and changes its outlook, and changes the principles upon which the Iranian state is based, it will be very difficult to deal with a country like this.,” Mr. Al-Jubeir said.

Dr. James M. Dorsey is a senior fellow at the S. Rajaratnam School of International Studies, co-director of the University of Würzburg’s Institute for Fan Culture, and the author of The Turbulent World of Middle East Soccer blog, a book with the same title, Comparative Political Transitions between Southeast Asia and the Middle East and North Africa, co-authored with Dr. Teresita Cruz-Del Rosario and a forthcoming book, Shifting Sands, Essays on Sports and Politics in the Middle East and North Africa