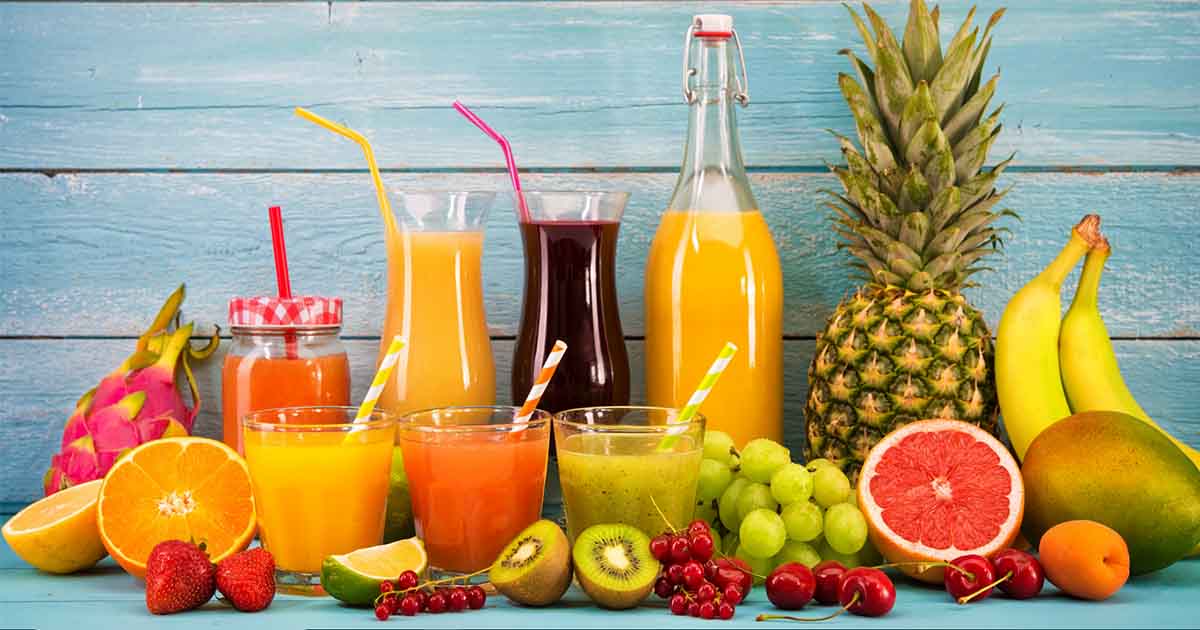 A new observational study finds a link between the consumption of sugary drinks, including 100% fruit juices, and the risk of cancer.

Obesity, type 2 diabetes, and cardiovascular disease are only some of the conditions that previous studies have associated with sweetened drinks. Some studies in rodents have suggested that the added sugar in soft drinks can drive the spread of cancer and fuel tumor growth.

Sugary food/drinks have negative side effects on your focus during tests. Consume healthy choices such tea, coffee, fruit & nuts for finals.

According to the American Heart Association (AHA), the maximum amount of added sugars you should eat in a day are:

In contrast, the US dietary guidelines advise people to limit their intake to less than 10% of their daily calorie intake. For a person eating 2,000 calories per day, this would equal 50 grams of sugar, or about 12.5 teaspoons.

Chazelas and team examined the links between the intake of sugary drinks and various forms of cancer in 101,257 French adults aged 42 years, on average. The researchers obtained the data from the NutriNet-Santé study.

Among all these cases were 693 of breast cancer, 291 of prostate cancer, and 166 colorectal cancer.

Using 24-hour online food questionnaires, the researchers assessed the participants’ consumption of 3,300 different kinds of foods and drinks. Furthermore, clinical observation of the participants continued for up to 9 years.

During this time, the researchers looked at the risk of “overall, breast, prostate, and colorectal cancer.” Chazelas and colleagues accounted for potential confounders, including age, sex, education, hereditary risk of cancer, and lifestyle factors — such as smoking behaviour and exercise patterns.

A 22% higher risk of breast cancer

Over the follow-up period, 2,193 people developed cancer for the first time; they were 59 years old at the time of diagnosis, on average. Among all these cases were 693 of breast cancer, 291 of prostate cancer, and 166 colorectal cancer.

The findings may not be widely generalizable, as the study cohort is not representative of the wider population, they continue.

However, the study found no links with colorectal cancer or prostate cancer. By contrast, diet drinks did not increase cancer risk. The scientists explain that people who consumed diet drinks did so in very small amounts, so they suggest interpreting this particular result with caution.

Chazelas and colleagues also lay out the strengths and weaknesses of their research. First, the “large sample size and its detailed and up-to-date assessment” of the drinks consumed to strengthen the results, write the researchers. However, the findings may not be widely generalizable, as the study cohort is not representative of the wider population, they continue.

“Since the participants of the NutriNet-Santé cohort were more often women,” they say, “with health-conscious behaviours and higher socio-professional and educational levels than the general French population, this might have resulted in a lower cancer incidence compared with national estimates.”

Other limitations include the inability to determine causality and potential measurement biases. However, the authors speculate that sugary drinks may raise cancer risk because the sugar affects visceral fat, blood sugar, and inflammatory markers — all of which previous studies have correlated with higher cancer risk.

“These data support the relevance of existing nutritional recommendations to limit sugary drink consumption, including 100% fruit juice, as well as policy actions, such as taxation and marketing restrictions targeting sugary drinks, which might potentially contribute to the reduction of cancer incidence.”

Almost half of Americans have heart disease: study