Can you drink coffee while nursing a newborn? 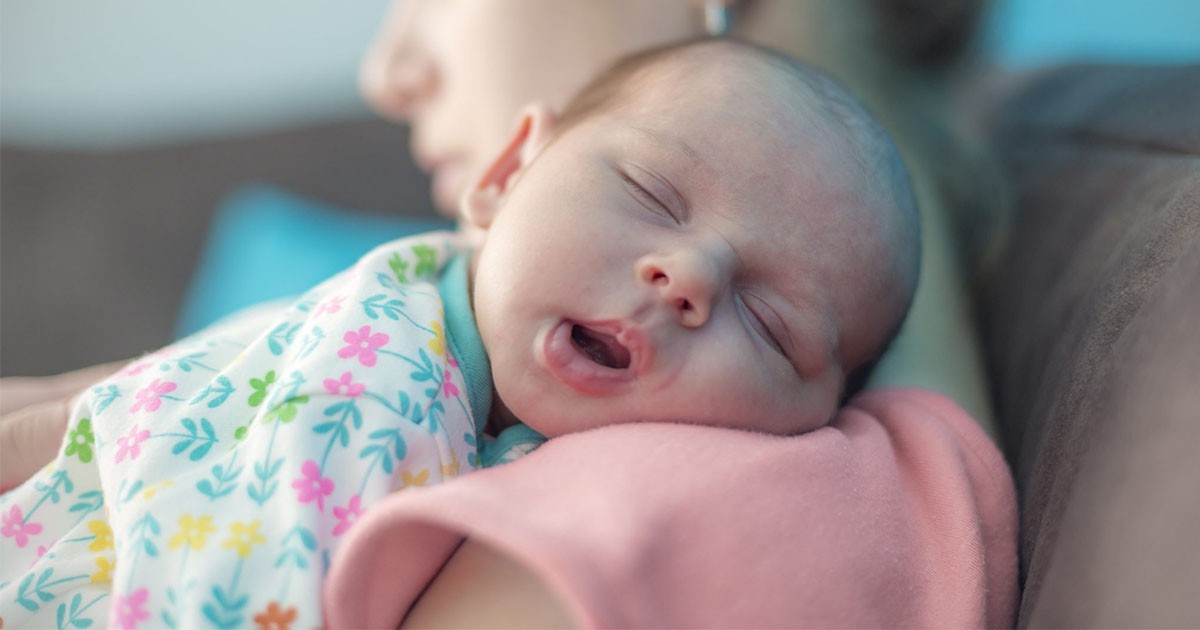 Breastfeeding can be exhausting, particularly in the early days when a baby may sleep irregularly and wake up numerous times each night.

A morning cup of coffee might help a person manage sleep deprivation, but many people worry about the effects of caffeine on their babies. However, caffeine is safe in moderation for people who are breastfeeding. In this article, learn about drinking coffee while breastfeeding, including the risks, benefits, and other sources of caffeine.

Breastfeeding can be exhausting, particularly in the early days when a baby may sleep irregularly and wake up numerous times each night.

Many people are told to limit or even eliminate caffeine during pregnancy due to the risk of caffeine crossing the placenta and affecting the developing fetus. However, caffeine is much less likely to affect a breastfeeding infant.

The body metabolizes most of the caffeine in coffee is before it reaches breast milk or has a chance to affect the baby. According to Dr. Thomas Hale in Medications and Mothers Milk, caffeine is a low-risk drug in moderation. Only about 1 percent of the caffeine a woman consumes gets into her breast milk, and this minuscule amount is not enough to harm most babies.

Can you drink coffee while breastfeeding? Professor Emily Oster joins Jenni to discuss this and other pregnancy and early years dilemmas from her new book, Cribsheet, a data-driven guide to parenting. https://t.co/WAtW4T9P2N pic.twitter.com/qtgGxjbbNy

Breastfeeding parents who want to take the safest approach should consider limiting caffeine intake to about 300 milligrams (mg) a day, according to the Centers for Disease Control and Prevention (CDC). This amount of caffeine is equivalent to 2–3 cups of coffee.

Caffeine levels in breast milk peak 1–2 hours after drinking coffee. A person who has recently breastfed may choose to watch their baby during this time to see whether they experience any effects from the caffeine.

Read more: Is coffee bad for the heart or not?

While the potential risks of drinking coffee during pregnancy sound scary, the risks of caffeine in breastfeeding infants are mild.

Some experts express concern that caffeine might affect a baby’s sleep, but a 2012 study carried out on 885 babies in Brazil disagrees. The study found no statistically significant impact on the sleep quality of babies aged 3 months when breastfed by someone who consumes caffeine.

People should do what feels comfortable for them, as there is no medical reason to avoid drinking coffee while breastfeeding.

A Korean study also found no serious risks of drinking coffee caffeine while breastfeeding, especially with moderate consumption of a few cups a day.

Some people believe that the acids in coffee may lower the iron content of breast milk, though there is no recent scientific evidence to confirm this. Breast milk is naturally low in iron, but babies need iron to develop normally, so people who drink coffee should discuss iron supplementation with a doctor.

People should do what feels comfortable for them, as there is no medical reason to avoid drinking coffee while breastfeeding. There is also no evidence that caffeine directly benefits the baby.

Read more: Can we fight obesity with a single cup of coffee?

What about decaf coffee?

Decaf coffee has a small amount of caffeine in it. It is just as safe or even safer than caffeinated coffee. Decaf coffee is still highly acidic, so may affect the amount of iron in breast milk.

Other sources of caffeine

Coffee is not the only source of caffeine. People concerned about their caffeine consumption or those who notice that caffeine seems to adversely affect the baby should be mindful of other caffeine-rich foods.

Some common sources of caffeine include:

No scientific evidence says that someone should give up caffeine while breastfeeding, though it is wise to enjoy it in moderation.

Some ways to manage caffeine intake include:

Monitoring the baby. Some babies are sensitive to caffeine and may become fussy or restless when breast milk contains too much caffeine.

Considering how other dietary choices, not just caffeine, affect the baby. For instance, a high-sugar drink might affect the baby just as much as caffeine.

Knowing that the adult’s well-being matters, too. People who need caffeine to help them maintain energy and deal with frequent nighttime wake-ups and early mornings should not feel guilty about moderate consumption.

Read more: Eight ways to use coffee to rejuvenate your skin!

Drinking caffeine right after a nursing or pumping session. Depending on how frequently a baby nurses, this may allow enough time for the caffeine content in milk to drop before the next nursing session.

Making exceptions for a premature baby. If the baby was premature or has a particular medical condition, such as a history of food intolerances, it is best to talk to a doctor or lactation consultant about caffeine.

Cutting back. People who consume more than 2–3 cups of coffee a day, could try reducing the amount of caffeine slowly by making “half-caf” cups, which are a mix of regular and decaf coffee.

For more advice about balancing the risks and benefits of caffeine, people who are breastfeeding can talk to a doctor or lactation consultant.

Previous articleAlt-Media Is Entering New Era: Russia & China Divided Over Kashmir
Next article7 things to do when your child ignores you

23 June 2021
Previous articleAlt-Media Is Entering New Era: Russia & China Divided Over Kashmir
Next article7 things to do when your child ignores you

Are allergies linked to anxiety and depression?

Could poor protein trafficking be a factor in autism?