The head of US Central Command, General Kenneth McKenzie, said Conan was a "critical member of our forces" and mentioned his impressive record of 50 combat missions in four years of service. 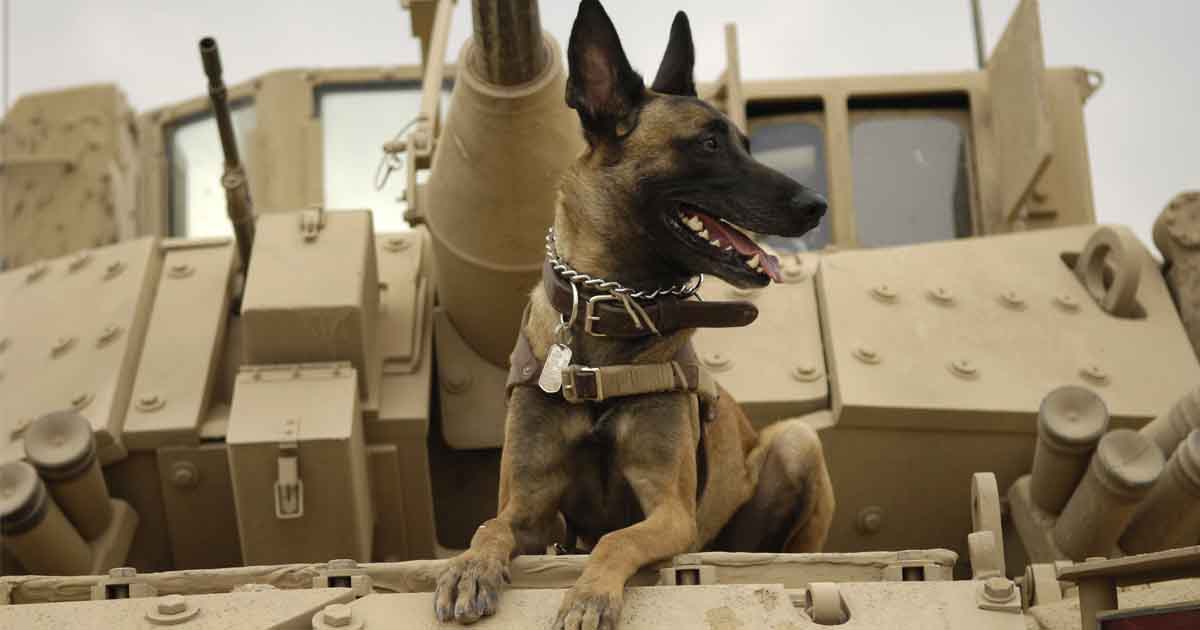 They say every dog has its day — and so it will be for this consummate paw-fessional who has been invited to the White House in recognition of his heroic role in taking out jihadist leader Abu Bakr al-Baghdadi.

Conan, a veteran of numerous combat missions, proved his bark was as frightening as his bite as he took point in the weekend US commando raid that led to the death of the Islamic State group’s leader in Syria.

The Belgian Malinois’s identity was a closely-guarded secret until it was declassified by President Donald Trump, who retweeted a picture of the tongue-wagging pooch after the raid at Baghdadi’s lair in northern Syria.

General Kenneth McKenzie, said Conan was a “critical member of our forces” and mentioned his impressive record of 50 combat missions in four years of service.

The president even confirmed Conan’s name in a tweet in the small hours of Thursday, as he revealed the canine would be leaving the Middle East for Washington, “sometime next week.”

Thank you Daily Wire. Very cute recreation, but the “live” version of Conan will be leaving the Middle East for the White House sometime next week! https://t.co/Z1UfhxsSpT— Donald J. Trump (@realDonaldTrump) October 31, 2019

Conan chased Baghdadi into a dead-end tunnel in his Syrian hideout, where the cornered IS leader detonated a suicide vest, killing himself and two children, according to the US account.

Conan was injured by the electric cables exposed in the detonation but is expected to make a full recovery. While human soldiers wounded in battle for the US can be eligible for a Purple Heart, there is not thought to be an equivalent Purple Bark.

Details about Conan’s life, achievements and family background are scant, although he certainly comes from good stock: US Navy SEALs used a Belgian Malinois in the 2011 raid in Pakistan that killed Al-Qaeda leader Osama bin Laden.

The head of US Central Command, General Kenneth McKenzie, said Conan was a “critical member of our forces” and mentioned his impressive record of 50 combat missions in four years of service.

The president — celebrated and upbraided for repeatedly smashing through Washington norms — has ended a tradition going back more than a century by not having a dog in the White House.

And while 1600 Pennsylvania Avenue differs from an estimated 63 million US households in that respect, Trump certainly has the political chops not to pass up a chance to bask in Conan’s reflected glory.

When he announced the death of the world’s most wanted jihadist on Sunday, Trump praised “our canine — I call it a dog, a beautiful dog, a talented dog.” Another norm that hasn’t overly troubled the commander-in-chief is the practice among special forces of keeping their working animals out of the limelight.

Conan chased Baghdadi into a dead-end tunnel in his Syrian hideout, where the cornered IS leader detonated a suicide vest, killing himself and two children, according to the US account.

National security experts have taken to Twitter in recent days with serious complaints that declassifying Conan’s identity could have breached national security. “For those joking about the classified dog name, there’s actually a security reason for it: Knowing dog’s name, u can determine the handler,” tweeted retired army general Mark Hertling, a former commander of US land forces in Europe.

“Knowing the handler, u can determine the unit; Knowing the unit, tells which Delta unit(s) was part of the raid.” At the first press briefing after the operation, the Chairman of the Joint Chiefs of Staff, General Mark Milley, hailed the animal’s “tremendous service” but also said its identity must be protected.

Read more: Was it really Baghdadi? Mystery continues as US buries IS leader at Sea

On social media Trump’s supporters, and others, raved about the dog’s bravery. The president tweeted a manipulated image depicting him bestowing Conan with an imaginary Medal of Honor — the highest US military distinction — alongside the legend: “AMERICAN HERO.”

The last president not to have a pet dog in the White House was William McKinley (1897-1901), although he had roosters, Angora kittens and a parrot, according to the online Presidential Pet Museum.