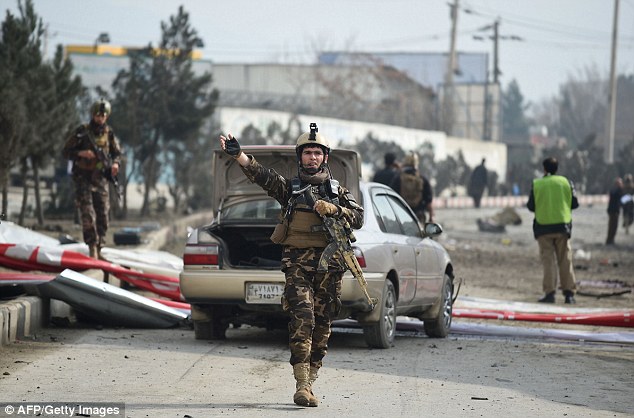 A car bomb exploded close to a passing Australian embassy staff as they traveled through the Afghan capital, Kabul on March 2, 2018. Australia’s Foreign Minister confirmed that no Australian was injured. The attack left one child dead and 22 people injured.

Australian Foreign Minister added, “The Australian Government extends its sympathies to families and friends of people killed and injured in the attack.”  Up till now, no militant group claimed responsibility for the blast. Earlier, a bomb planted in an ambulance killed more than 100 people on January 29, 2018, in Kabul.

Interior ministry spokesman Najib Danish said the “suicide” blast had targeted “a foreign forces convoy” when it went off around 9 am in the Qabil Bay area of Kabul.

“I can confirm a vehicle-borne improvised explosive device (VBIED) was detonated this morning in Police District Nine in Kabul City,” Captain Tom Gresback, spokesman for NATO’s Resolute Support mission in Kabul said. He also condemned the attack adding that NATO “fully endorses” a call this week by President Ashraf Ghani for the Taliban to join peace talks.

The recent attack took place days after Afghan’s President Ashraf Ghani’s proposal to hold unconditional peace talks with the Taliban on Feb 28, 2018. However, Taliban have so far shown no signs of accepting this offer.

Ghani had unveiled his initiative to hold talks with the Taliban on the first day of “Kabul conference titled “Kabul Process for Peace and Security Cooperation” on February 28, 2018. Around 25 countries participated in the conference. His efforts of holding peace negotiations can be accomplished only if the Taliban welcome this initiative. The people of Afghanistan have suffered considerably since 2001.

Ghani’s invitation for peace talks is a great initiative and many regional and extra-regional countries such as China, Pakistan, and the US have supported this proposal. The Taliban are reluctant to participate in the peace talks because they believe that Ghani has no association with Afghan people and also that he is backed by the US. The current security situation of the country is highly volatile and the insurgent groups; Taliban, Hezb-e-Islami, Haqqani Network, Al Qaeda, Islamic State – Khorasan Province must endorse dialogue to put their grievances on the table to end ongoing bloodshed in the country.

Afghanistan: The cornerstone of US-Pakistan mistrust?

The politics behind ceasefire in Afghanistan