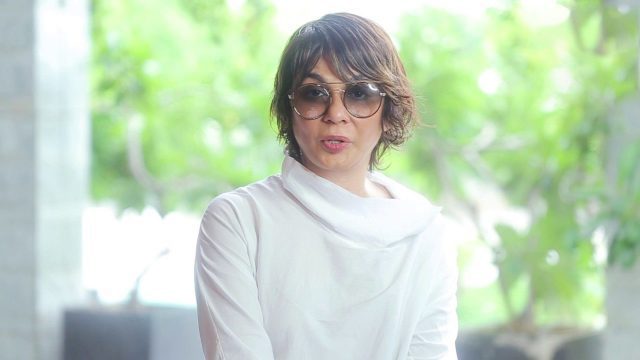 Famous Pakistani stylist Nabila has advised the celebrities to use the ‘Me Too’ campaign against sexual harassment wisely. She has requested not to manipulate the intentions of the campaign for personal ends.

WE STAND WITH THE TRUTHI’ve known Ali Zafar since he was at college. In fact, it won’t be wrong if I claim being…Posted by Nabila Maqsood on Tuesday, May 1, 2018

The stylist though reiterated that she stands with truth, however, did not mention who she thinks is truthful. She said celebrities should be mindful while addressing the #metoo movement since the misuse will overshadow the real intentions of the campaign.

She wrote about her professional associations with both Ali Zafar and Meesha Shafi and applauded their achievements. She also pronounced her input in the grooming of both the icons.

The conclusion, however, seems uncertain as Shafi is allegedly moving to Canada permanently with her family.

“Although I don’t like getting involved in any politics but seeing the divide and undying obscenity surrounding the allegations I want to make a point here and request my colleagues to refrain from manipulating the #metoo movement for their personal vendetta or instant fame.

“This platform should be used sacredly and responsibly to educate our next generation of their rights that may have been blurred up until now.”

“Regardless of gender, age, [caste], creed or status, [it’s] never acceptable to force yourself upon another person without their consent. It’s also not acceptable to ever be violated and stay silent with shame.”

Nabila did admit sexual harassment is a vice that is intolerable. She also said that not speaking about it and remaining silent is not an option.The readers, however, have been unable to decipher Nabila’s judgment from her vague post on the case. She seems to be as confused as any other Pakistani.

The controversy has itself fizzled out when Ali Zafar sent a defamation suit to Meesha Shafi. Meesha Shafi will be asked to prove her allegations if the court case begins. The conclusion, however, seems uncertain as Shafi is allegedly moving to Canada permanently with her family.

Meat of the matter: Malaysia emerges as destination for Pakistan meat