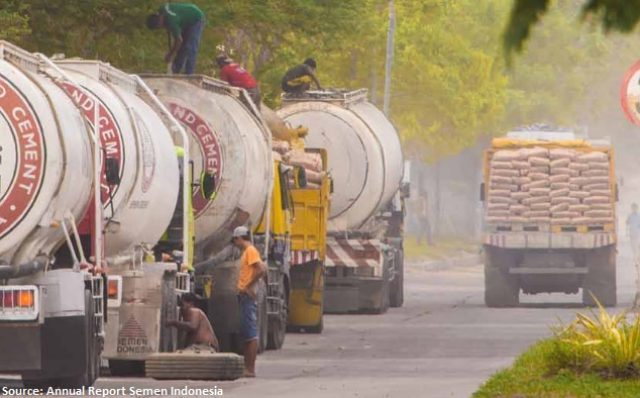 Despite two months of sluggish growth, the cement industry has come around with more vigorous levels of domestic consumption for September of 2018 in contrast to September of last year. A sustained increase in exports despite a slight reshuffling has also added 18.9% in value to the cement sector.

Exports as well from the north fell by 21.58% to 0.747 million tons in contrast to 0.953 million tons the previous year for the same quarter.

Shipments from the south were up by 350.92% from 0.093 million tons the previous September to 0.421 million tons this year. Although there has been considerable growth, the first quarter of the current fiscal year ended on a modest note for the cement industry.

According to data released by the APCMA, the fiscal year of 2018-19 did start on a positive note in terms of domestic consumption as well as shipments. The first quarterly growth numbers did not correspond with the expansion in production capacity of the industry that took place this year.

Exports from the south also registered a massive rise of 212.13% surpassing 1.044 million tons compared to the 0.334 million tons during the Jul-Sept quarter of 2017.

Instead of the usual 87% capacity utilized by the industry in the past 3 years, this year’s first quarter saw only a 79.75% capacity usage. In conclusion, the APCMA attributed this slowing down of economic and construction activities to the 2018 election campaigns where most workers had to return to their respective hometowns for casting their votes.

The spokesperson for the APCMA pointed out that the greater cement production capacity of the country lies in the northern regions. “These mills remained under immense pressure in the first quarter,” he added.

The northern regions alone produced a sum total of 7.151 million tons of cement during the first three months of 2018 clocked at a 4.94% decrease in sales against the 7.523 million tons sold in the first quarter of 2017.

Exports as well from the north fell by 21.58% to 0.747 million tons in contrast to 0.953 million tons the previous year for the same quarter. Comparatively cement mills in the south had taken the front seat driven by a rise of 21.51% in domestic consumption from 1.539 million tons in the first quarter of 2017 to 1.870 million tons this year.

Exports from the south also registered a massive rise of 212.13% surpassing 1.044 million tons compared to the 0.334 million tons during the Jul-Sept quarter of 2017. The spokesperson highlighted the higher tax policies on cement in the south and in order to further exploit this growing trend, urged the government to push for more concrete measures in terms of tax reduction.

The Transactional Partnership of the US and Qatar

Honda raises car prices by 100k but Pakistan has had enough